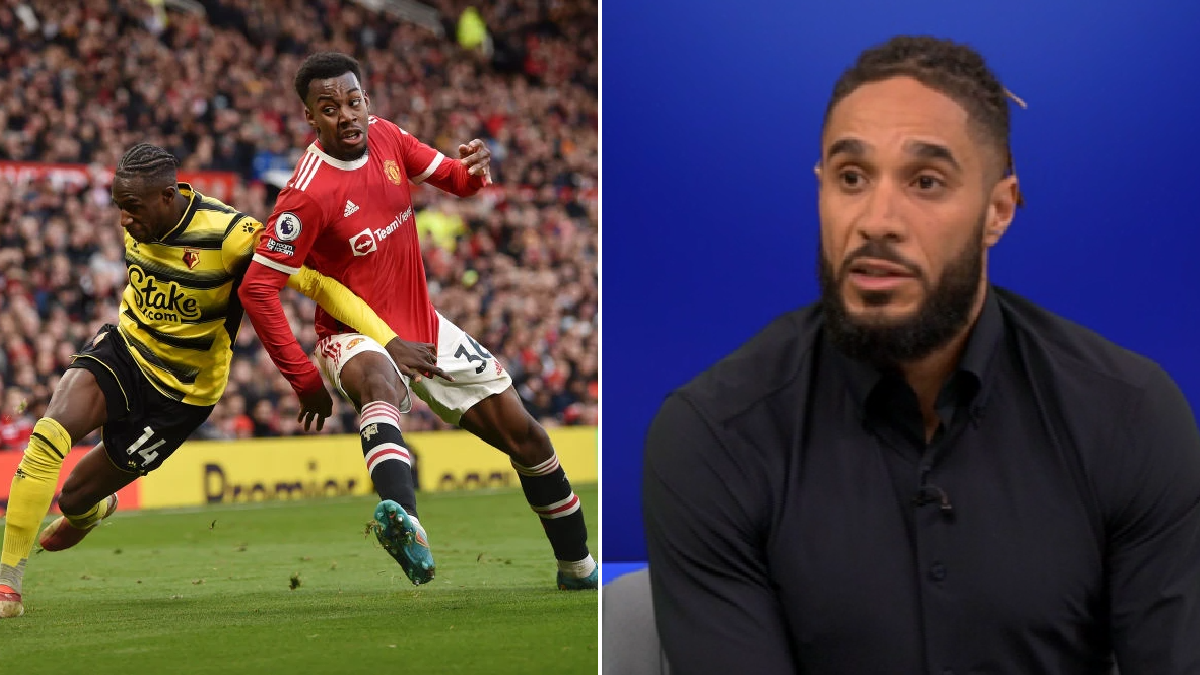 United failed to turn their dominance into a victory at Old Trafford on Saturday as Premier League relegation-battlers Watford secured a potentially crucial point in their bid to avoid the drop.

Ralf Rangnick’s side had 22 shots against Roy Hodgson’s side but were unable to break the deadlock, with Cristiano Ronaldo having a goal disallowed for offside.

Ronaldo also hit the post while Elanga and Bruno Fernandes will both be disappointed they failed to find a winner for Manchester United, who stay fourth but fail to pull clear of fifth-placed Arsenal, who have three games in hand.

While it was a frustrating afternoon for the Red Devils, ex-Swansea City star Williams says United’s performance was more than satisfactory and singled out young forward Elanga for praise.

Elanga, 19, is enjoying a breakthrough season at Old Trafford and scored a late equaliser in United’s 1-1 draw with Champions League opponents Atletico Madrid during the week.

‘I thought Anthony Elanga had a really positive game, he was at the heart of most of the good stuff that United did,’ Williams said on BBC’s Match of the Day.

‘Ronaldo hit the post early on and it just carried on from there. That was the story of the game for United.

‘They didn’t play badly, they created a lot of chances, but they just couldn’t put the ball in the back of the net.

‘You were watching the game and thinking surely they’re going to put one of these chances away but chance after chance went begging, there were so many wasted opportunities.

‘You expect better from the likes of Ronaldo, Fernandes and Pogba. Some of the link-up play was excellent but they couldn’t finish it off.

‘United carved them open on a number of occasions but they just couldn’t get the ball over the line.’

The German boss said: ‘We did everything apart from score. It’s hard to take that result.

‘In the end, if you miss that many chances it is difficult to win the game. We were in full control for almost the whole game, we didn’t allow them hardly any counter attacks.

‘We need to be sharper in front of goal, you can hardly create more chances than we did today. In the end it is a very frustrating afternoon.

‘Sometimes we are unlucky, when we hit the post, but we also had a few opportunities one-on-one with the goalkeeper. This is not luck, it is a question of sharpness and efficiency in-front of goal.’