Liverpool: Klopp opens up on if new defender will be signed

Liverpool’s FA Cup third round tie against Aston Villa has been postponed after an outbreak of COVID-19 at the midlands club. News broke on Thursday afternoon that Villa had taken the decision to close down their training ground after a large number of players and staff returned positive coronavirus tests.

The statement from the club read: “Aston Villa can confirm that the Club has closed its Bodymoor Heath training ground after a significant Coronavirus outbreak.

“A large number of first team players and staff returned positive tests after being routinely tested on Monday and immediately went into isolation.

“A second round of testing was carried out immediately and produced more positive results today.

“First team training ahead of tomorrow’s FA Cup match with Liverpool was cancelled. 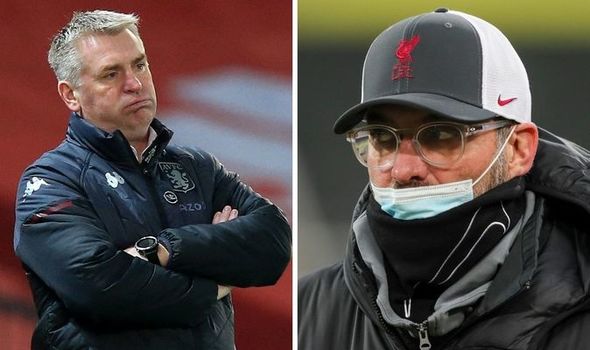 “Discussions are ongoing between medical representatives of the Club, the Football Association and the Premier League.”