Atletico Madrid thrashed high-flying Betis 3-0 in torrential rain at the Wanda Metropolitano to boost their confidence ahead of the visit to Anfield on Wednesday.

With banned Diego Simeone watching from the stands they gave their best performance of the season so far against the side that came into the game having lost fewer matches than any team in the top five European Leagues this year.

Manuel Pellegrini’s team were ahead of Atletico in the table but apart from a brief spell at the start of the game they were pinned back by the home side and well beaten. 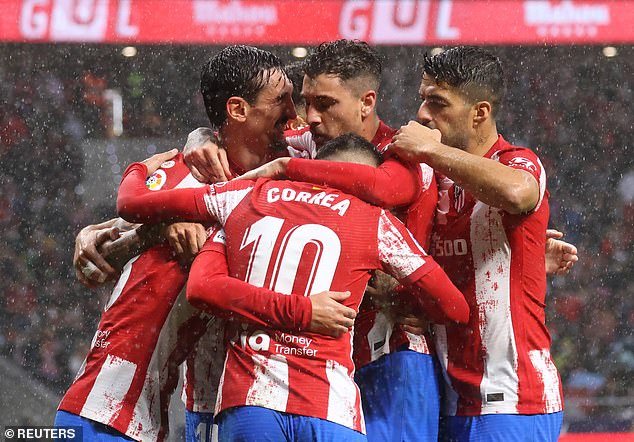 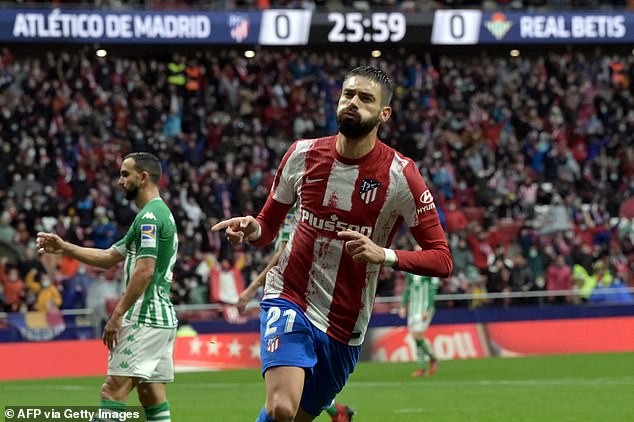 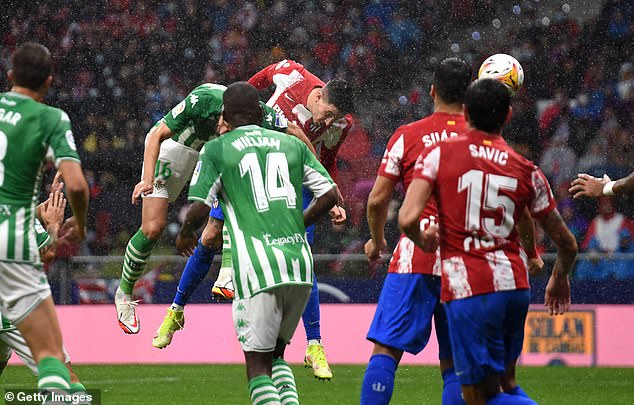 Yannick Carrasco got the first on 27 minutes with thunderous shot into the roof of Claudio Bravo’s net after good work from Angel Correa and Kieran Trippier.

Bravo had earlier pushed a Griezmann shot just wide but could do nothing to keep out the Belgian international’s rocket.

Atletico forced 12 corners to Betis’ zero and from everyone of them they looked like scoring. Centre-backs Mario Hermoso, Stefan Savic and Jose Gimenez all went close but in the end it was Betis central defender German Pezzella who beat Claudio Bravo.

He got the wrong side of the ball and guided his header past his own keeper on 63 minutes to end any chance of a Betis comeback. 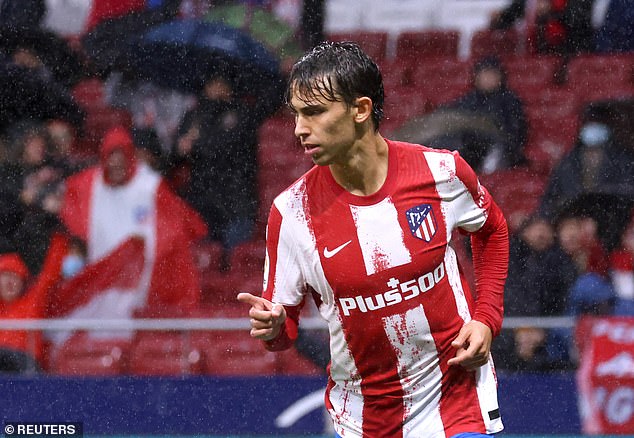 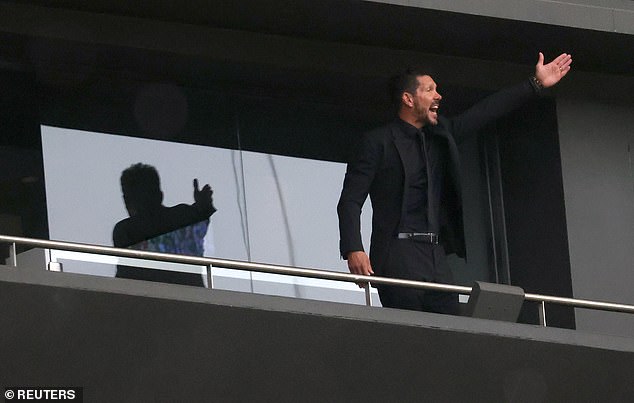 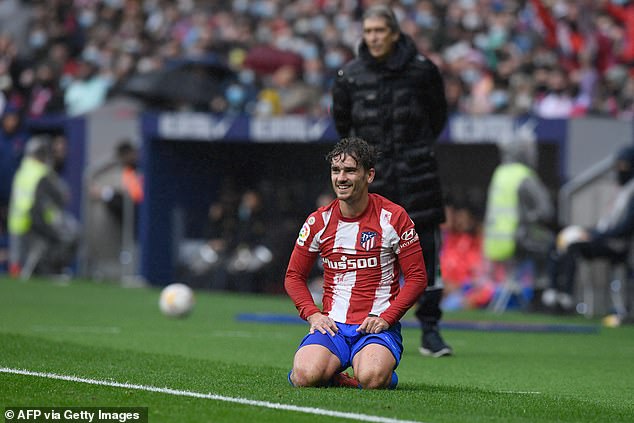 Pellegrini had never beaten Simeone in six previous games and now he was heading for another defeat.

Betis record away to Atletico is poor since Simeone took over at Atletico a decade ago. They had picked up only one point against them and scored only one goal.

Joao Felix had been resting on the bench for the visit to Liverpool – his team will need him with Griezmann suspended.

But he joined the fun late on scoring a third running on to a pass from Carrasco. The flag was raised but VAR intervened to correct the decision and Simeone was able to celebrate a first goal in the league for his record signing.

Betis must now turn their attention to a midweek Europa League game away to Bayer Leverkusen and Atletico can turn their thoughts to Anfield. 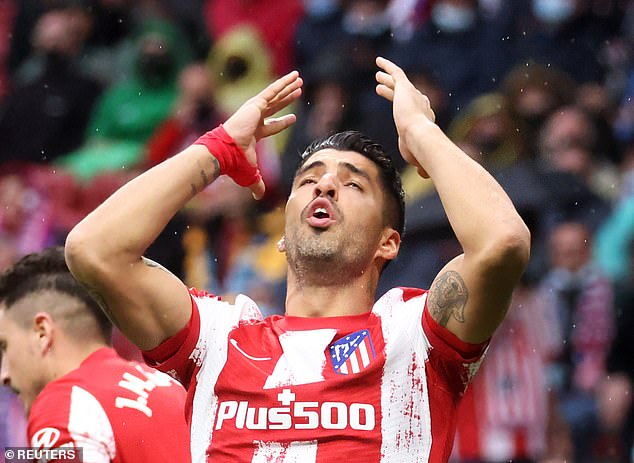 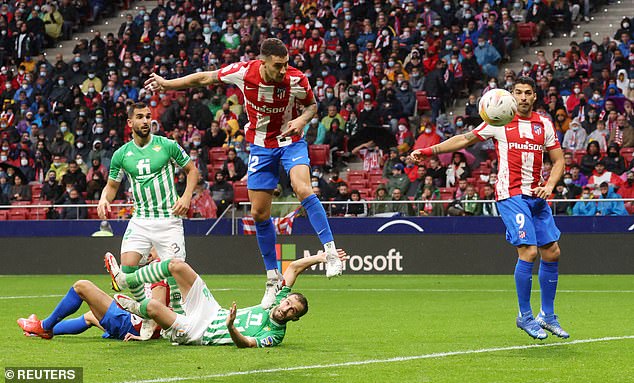 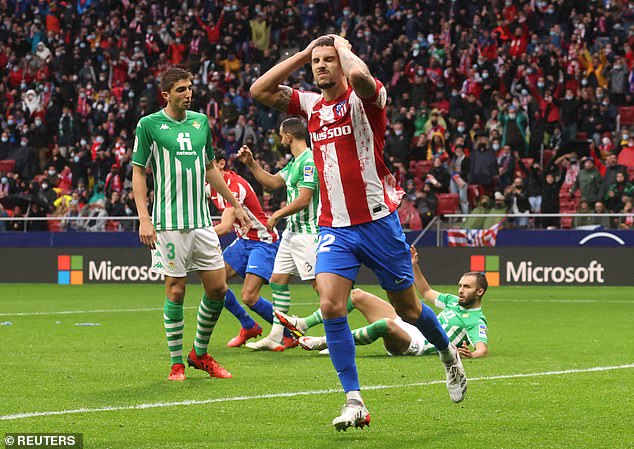 They have not been themselves this season conceding 10 goals so far this campaign having only let in two at this stage of the last campaign.

This was a much-welcomed clean sheet and a statement of intent – they are the defending La Liga Champions and they intend to retain their crown this season.

‘We were very focused on this game,’ said Simeone. ‘Now we can turn our attention to the great rival that is Liverpool’. 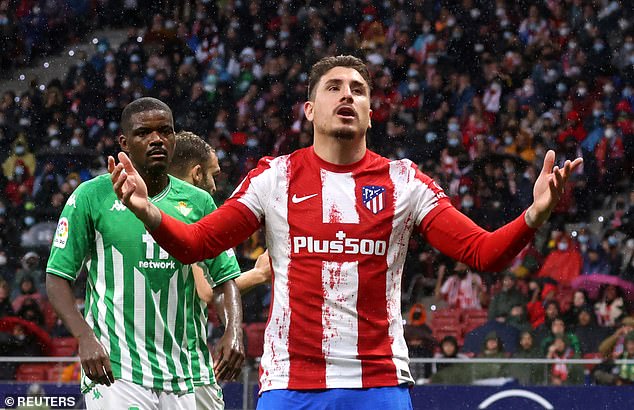 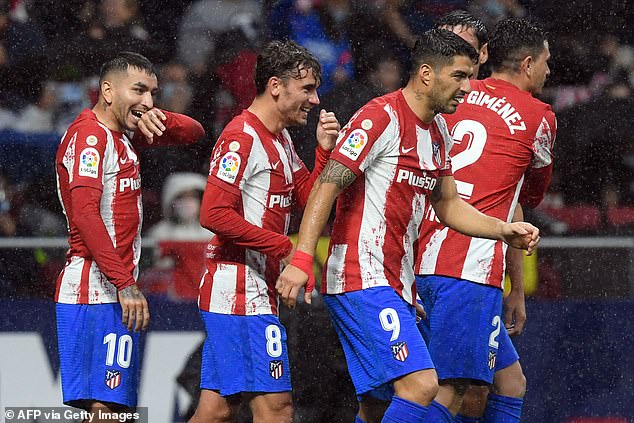 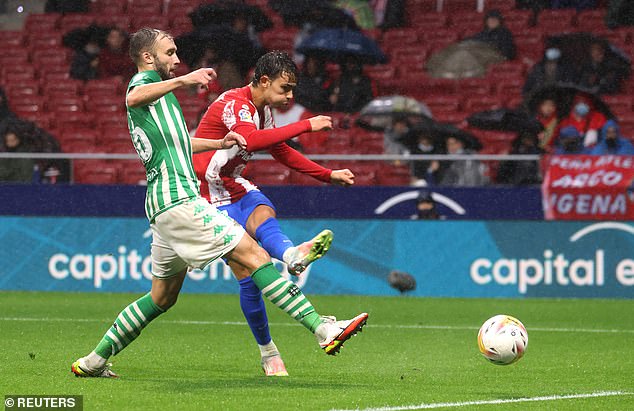