Manchester United have potentially gained a huge advantage in their bid to progress into the quarter-finals of the Champions League as Atletico Madrid left their tactics board at Old Trafford.

The Spanish champions trained at the ground on Monday night before returning to their city centre hotel ahead of their second leg last-16 tie.

Staff were quick to realise the board was missing after unloading their kit and equipment. 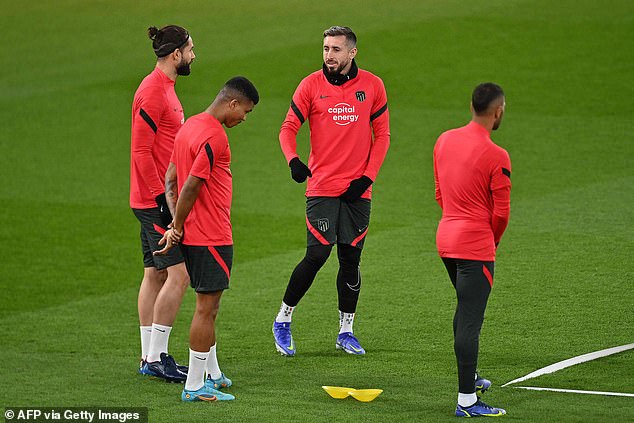 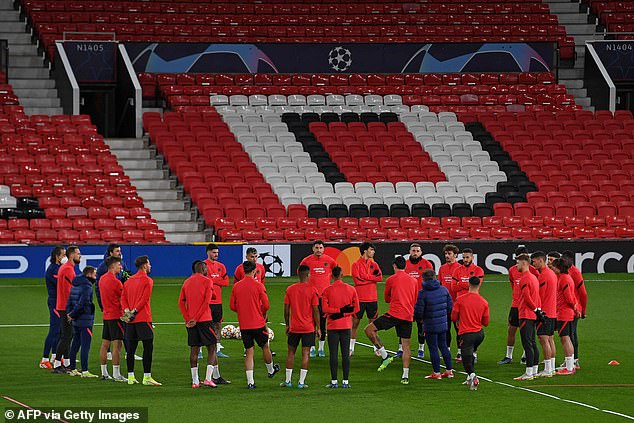 The vehicle that dropped them off, however, had already left and a panicked member of the Atletico backroom team immediately asked for it to return so they could get back to Old Trafford, according to the Sun.

They were able to access the ground and get the board back that evening.

It is unknown if any Manchester United employees came across the tactics board and had anything that they could pass onto interim boss Ralf Rangnick. 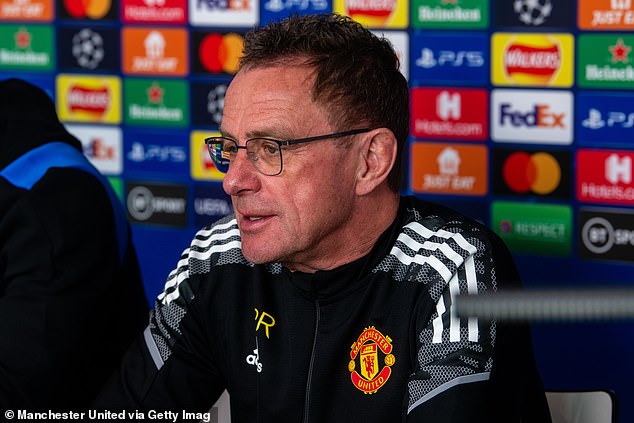 The first leg of the tie ended as a 1-1 draw thanks to a late equaliser from Red Devils youngster Anthony Elanga at the Metropolitano Stadium – therefore any advantage either side can gain will be useful in their bid to reach the quarter-finals.

Boss Rangnick has already called on Manchester United’s players and fans to use every advantage possible to ensure their progression.

‘Like in the game against Spurs, we need our players and supporters to be on top form.

‘Antonio Conte said it was a very difficult atmosphere for them to play in, and that’s probably one of the biggest compliments you can get if the opposition manager says that after the game. 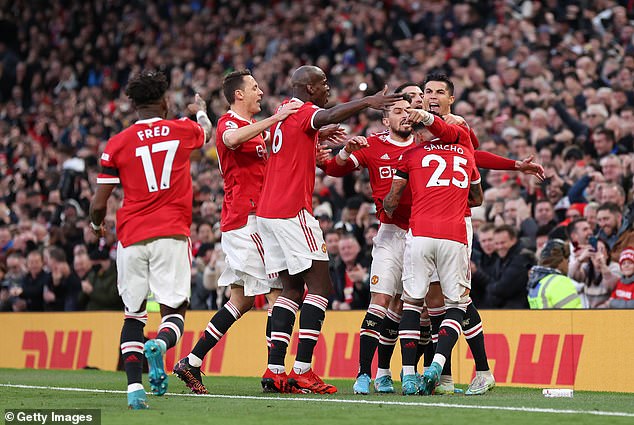 ‘We had a team against Spurs that just wanted to win that game. It became obvious and the supporters played a vital role because they realised how much we wanted to win. Tomorrow will be similar.

‘Our supporters play a vital role and it’s always a very special atmosphere at Old Trafford, even more so in European games.

‘In the end they can be our 12th and 13th player on the pitch and make the difference, making it a very special experience for everyone.

‘In the end it’s up to us. We have to create those moments and then the rest will come from our fantastic supporters.’