‘Anger and pain at having to say goodbye’: Atletico Madrid star Koke leads the way as club pays tribute to Under-14 player Christian Minchola after the youngster tragically passed away

Atletico Madrid have paid tribute to Under-14 player Christian Minchola after the youngster tragically passed away.

The La Liga club took to social media on Saturday to announce that the striker, who has scored over 50 goals for the youth team, had died.

Atletico shared a black and white image of the youngster on their Twitter page with the caption: ‘Atletico Madrid is mourning the passing of our U14 player Christian Minchola. 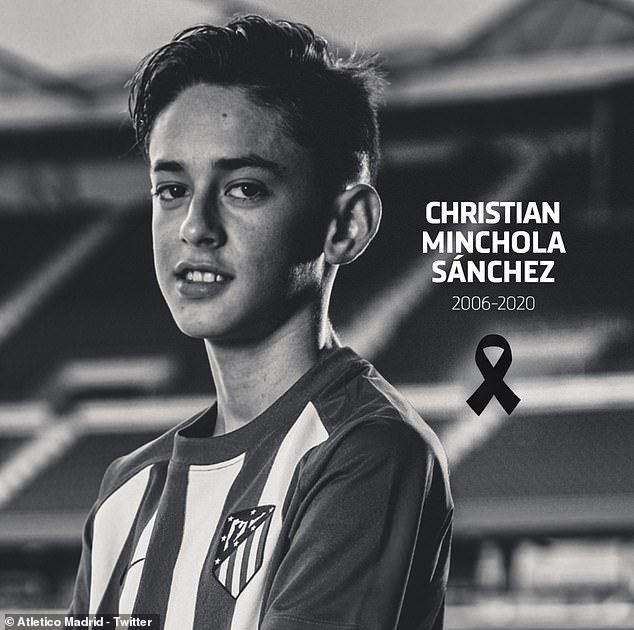 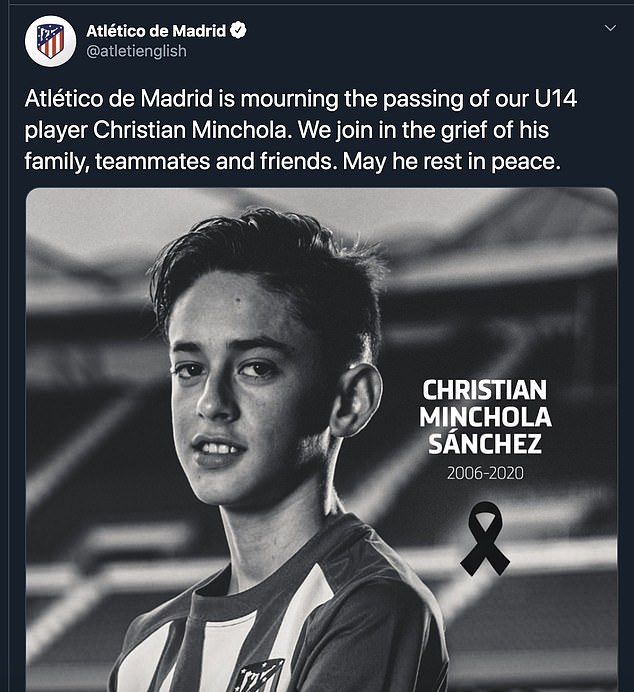 ‘We join in the grief of his family, teammates and friends. May he rest in peace.’

Minchola’s passing has rocked the club, with the 14-year-old highly-regarded by staff and players alike.

Atletico president Enrique Cerezo extended his condolences to the young player’s family. He said: ‘We are shocked by the sad news of the death of our player and deeply regret his loss. 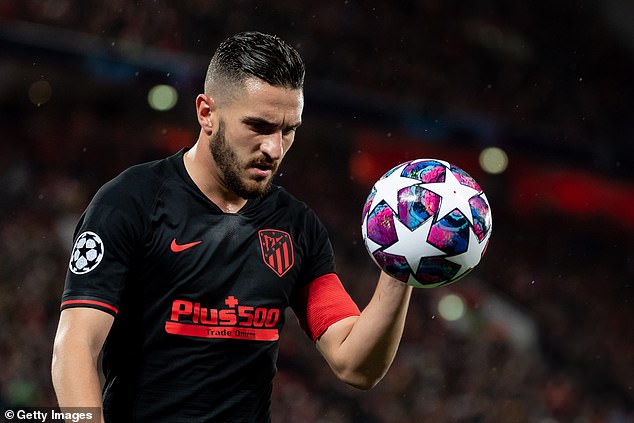 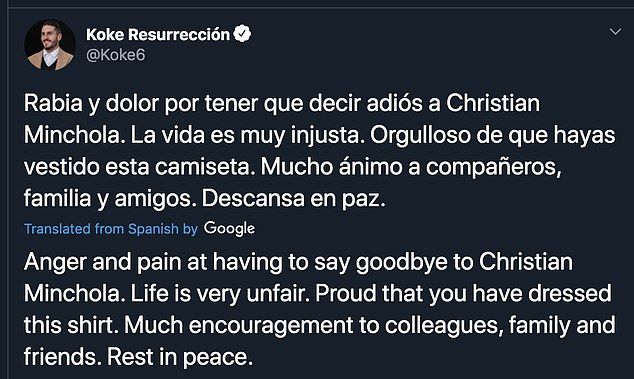 ‘Atletico Madrid and the entire athletic family will be next to Christian’s family and friends in these moments of immense pain.’

Minchola’s cause of death is not yet known. He joined the academy in the 2013-14 season and was featuring in his sixth campaign with the youth side before his untimely passing.

Atletico star Koke took to social media to write: ‘Anger and pain at having to say goodbye to Christian Minchola.

‘Life is very unfair. Proud that you have worn this shirt. Much support to colleagues, family and friends. Rest in peace.’