Pierre-Emerick Aubameyang revealed he fulfilled a footballing ambition on Tuesday, by finally playing at the San Siro, before scoring Chelsea’s second in a dominant win over AC Milan.

While the 33-year-old came through the youth system at AC Milan, he never played a professional game for the side, and thus it seemed like the iconic stadium had passed him by.

His brothers Catilina and Willy had both taken part in matches on the hallowed turf of the Stadio Guiseppe Meazza, while Aubameyang could only watch from the stands of Italy’s largest football ground.

However, on Tuesday night, the Gabonese striker started for Graham Potter’s Chelsea in their Champions League visit, and after Jorginho’s penalty, the former Arsenal man scored Chelsea’s second in a 2-0 win.

After the match, Aubameyang wrote on Instagram: ‘Big dream achieved!! I used to come to this stadium to see my brothers playing and never had the chance to play at San siro myself, now it’s done ✅ another great team performance come on Chelsea ������’

He celebrated his goal with his typical backflip, although since he was at AC Milan for the first time 15 years ago, it is no surprise he fully embraced the opportunity when it came to him.

In a career which has also seen him play in France and Germany, Aubameyang joined Chelsea at the end of the summer window after six months with Barcelona. 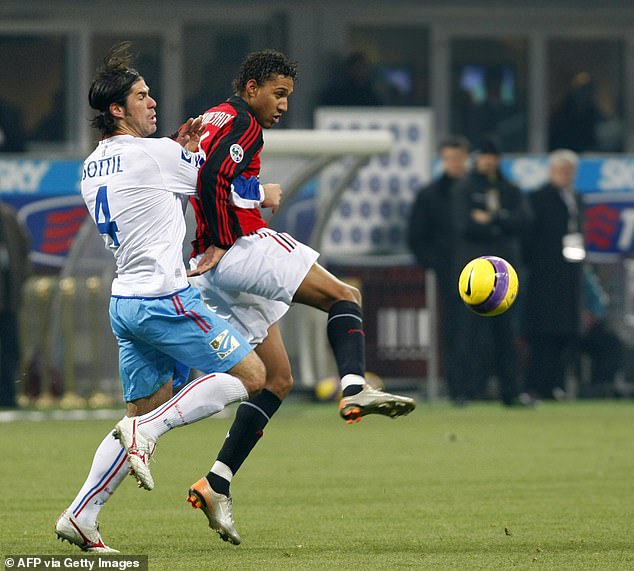 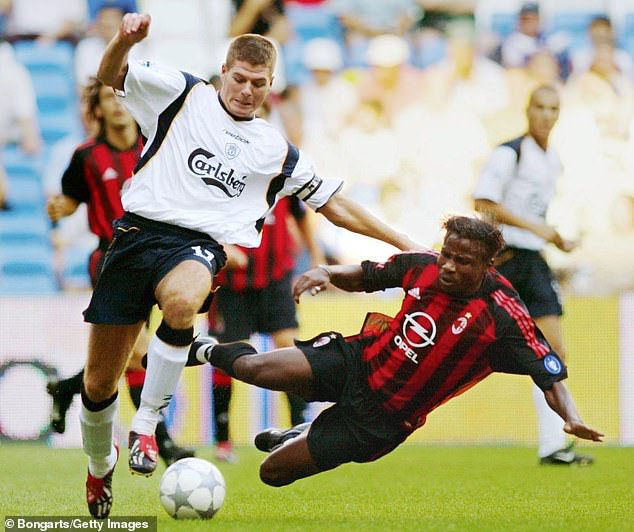 Catalina Aubameyang (R) also played a match in the iconic stadium, but his brother had to wait

The San Siro’s days as Milan’s premier stadium are numbered, as AC and crosstown rivals Inter have agreed to create a new stadium, which will be built next to the current one.

However, the 80,018-capacity venue will remain in use through to the ceremonies of the 2026 Winter Olympics, which will take place in the Milan-Cortina d’Ampezzo region.

Aubameyang’s next two matches with Chelsea are Premier League trips to Aston Villa and Brentford respectively. 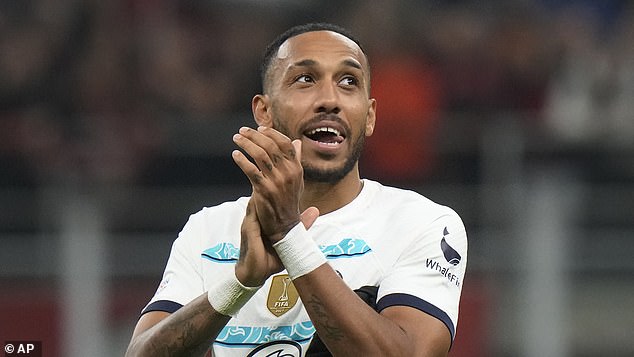