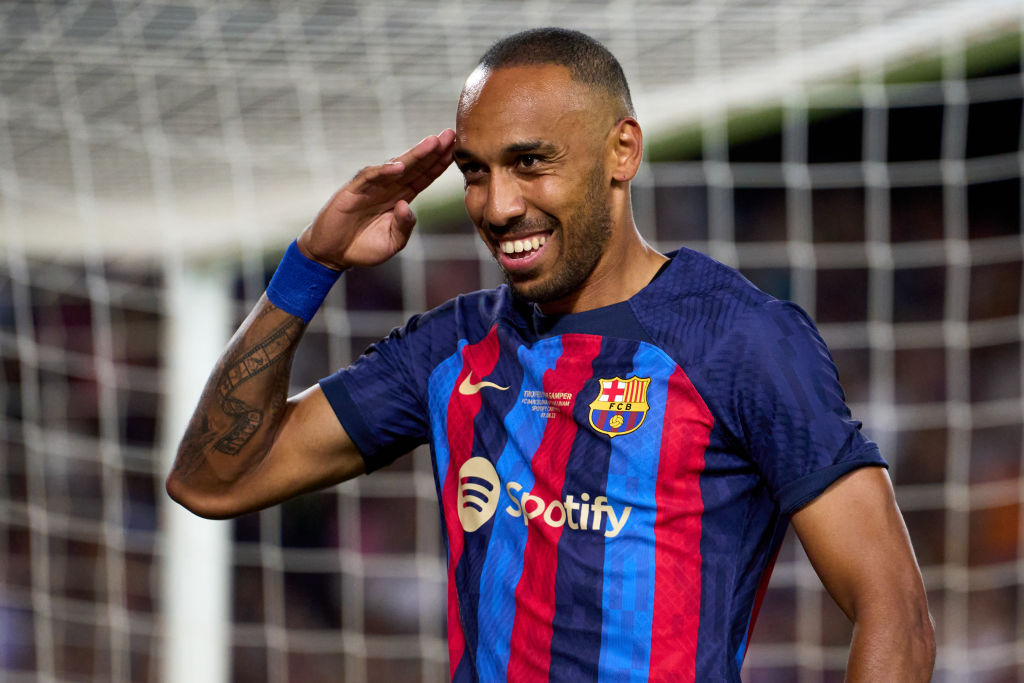 Chelsea have agreed a deal with Barcelona to sign Pierre-Emerick Aubameyang.

Thomas Tuchel has been keen to bring in a new striker following Romelu Lukaku’s return to Inter earlier this summer and talks over a move for Aubameyang have progressed over the past few weeks.

According to The Athletic, Chelsea have now agreed to pay € 7.5million (£6.5m) and allowed Marcos Alonso to join Barcelona.

The report claims that Aubameyang has now been given permission to travel to London to finalise his transfer.

Alonso, meanwhile, is already in Spain, while his agent arrived in Barcelona on Thursday.

Aubmeyang, who joined Barcelona in February after his contract was cancelled by Arsenal, has agreed a two-year contract with Chelsea with the option of a third season.

However, it’s unclear when Aubameyang will make his debut for Chelsea after he suffered a broken jaw during a robbery at his home in Spain in the early hours of Monday morning.

‘On Sunday night, some violent cowards broke into our home and threatened my family and my children, just to steal some stuff,’ the former Arsenal captain told his followers on Instagram on Wednesday.

‘They injured my jaw but I will recover in no time, and thank God no one else was physically harmed.

‘The feeling that we are no longer safe in our own home is hard to understand and describe, but as a family, we will overcome this and stronger than ever.’

'He nearly took his head off': Jamie Redknapp mystified at ref call