James Ward-Prowse and Conor Coady both stand excellent chances of making England’s Euro 2021 squad and should be backed at 7/1 to do so, writes Jones Knows.

Gareth Southgate has some difficult calls to make in the next few months. Trying to pick an England 23-man squad capable of challenging for European Championship glory is going to test his decision-making powers.

Many of the spots look nailed down. But there are still five or six places up for grabs.

Here’s how the squad, to my eye, is shaping up, with those in bold text all-but-guaranteed a spot, barring no injuries.

With Sky Bet providing a betting market for us to play on regarding who makes the final squad, it’s only right to try and hunt out where the odds are potentially in our favour. And, the chances of Conor Coady (11/10 to make the squad) and James Ward-Prowse (11/4 to make the squad) certainly look overpriced at 7/1 when combined.

Coady brings a skillset to the table that no other player provides when playing as central defender in a back three. It’s a role that comes naturally to him having been an almost ever-present for Wolves in the Premier League, playing 104 of 105 of their games since returning to the top flight. Southgate has employed a back three in all seven of England’s last internationals and seems to favour the system as it gives the team a bit more defensive protection.

Coady has impressed Southgate with his leadership skills in his three caps to the extent he was given the captain’s armband at the end of the win over Wales. There doesn’t seem too much competition for his place either with Eric Dier, who is shorter in the betting, now out of favour at Tottenham – he hasn’t started a Premier League match in nearly a month – while Michael Keane has once again been overlooked by Southgate. If Coady brings his usual consistency to the table during this next international break, then surely he’s a shoo-in for the squad. It makes the 11/10 look rather large. 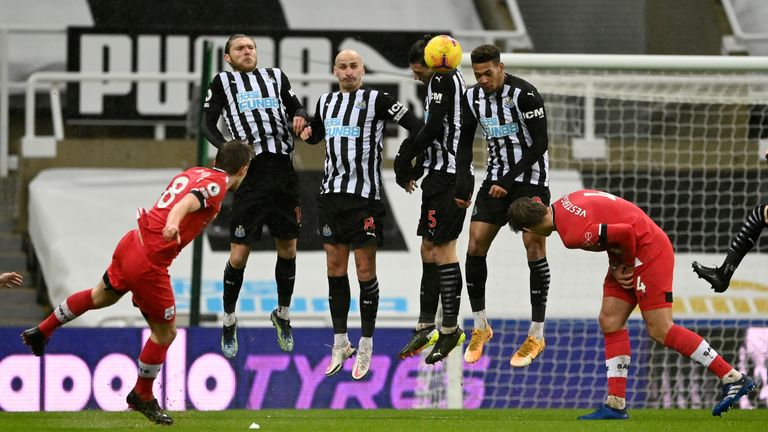 There’s a much more competitive feel to the squad in forward areas. England have a very top-heavy talent pool to pick from. The emergence of Foden, Mount, Grealish, Sancho, Maddison and Saka, plus the form of Lingard, will have given Southgate a headache about how to best set up his team in behind the focal point in Harry Kane.

But surely there isn’t going to be room for so many similar players in a 23-man squad? It’s very unlikely Southgate will want to take too many roaming creative players to a major tournament. Four of them, maybe, but there’s little chance of him selecting all six of Maddison, Grealish, Mount, Foden, Saka and Lingard, surely. The midfield needs balance with support for Jordan Henderson and Declan Rice in deeper positions a more important factor to consider than flooding a squad with too many attack-minded players.

That’s where Ward-Prowse remains with a fine chance of making the final squad – much more than his 11/4 odds with Sky Bet rate. He looks in a battle with Jude Bellingham and Kalvin Phillips for the two spots.

“We love Prowsey – I’ve been accused of being the father of Prowsey over the years,” said Southgate when discussing his relationship with a player he’s handed four international appearances to in his time as England boss and made U21 captain during his time steering that ship. Additionally, Ward-Prowse only just missed out on making the Nations League squad in 2019 as he was one of three players cut at the final stage.

But, Ward-Prowse has taken his game to another level since then. He’s now a complete central midfielder.

He has taken the Premier League by storm this season with some outstanding moments of brilliance from set pieces, scoring four goals from free-kicks while creating 29 opportunities for his Southampton teammates from dead-ball situations. Only Mount has created more in the Premier League.

Southgate’s side have been reliant on being a threat from set pieces throughout his tenure and Ward-Prowse’s world-class ability in that department will be tough for Southgate to ignore.

But no longer is the Saints academy product just an expert deliverer of a dead ball, he’s a relentless ball-winning juggernaut in Ralph Hasenhuttl’s midfield. His pressing, desire and leadership in winning back possession for his team-mates make him the perfect understudy for Henderson.

Both he and Coady may not grab too many headlines but it’s players of their leadership ilk that provide the backbone for a successful tournament squad. The 7/1 severely underrates their chances of making the cut. Get on.

Good… but not perfect! Mbappe gets 9/10 in L'Equipe's ratings