Barcelona will reach a ‘friendly agreement’ with Lionel Messi as the Argentine superstar seeks a new challenge elsewhere. That’s the opinion of former Real Madrid president Ramon Calderon, who compared Messi’s circumstances to those of Cristiano Ronaldo.

The Argentina international, 33, told the Catalan side that he wishes to exercise a clause allowing him to leave for free.

Barcelona finished the season behind fierce rivals Real Madrid and without any silverware – leading to an unhappy Messi to request a departure.

But the Spanish heavyweights believe the clause has now expired and Messi is contracted to the club until 2021 with a €700m (£626.5million) buy-out clause.

Calderon, however, doesn’t think there will be legal action taken and is confident that Barcelona president Josep Maria Bartomeu will accept a compromise.

“I am pretty sure they will reach a friendly agreement,” Calderon told Stats Perform News. “They have had 20 years together. 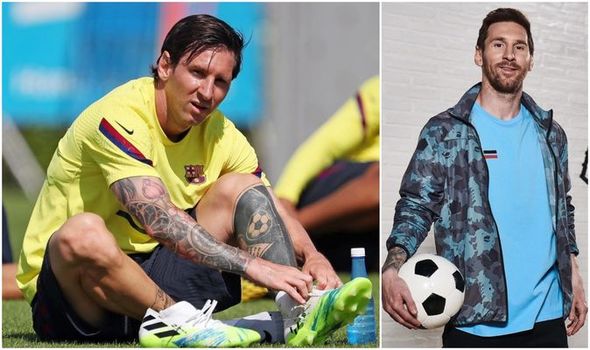 “Messi has given his best for Barcelona, and Barcelona have given their all to Messi. They have won many titles together. He has won six Ballon d’Or.

“I am convinced they will not go for a legal fight and they will solve it in a friendly way. It would be what I would try, and I am sure Bartomeu will do the same.

“I know him. He is a calm man, and he will look for the best solution for both. There is no need to go for any legal fight or any controversy.”

He continued to highlight Messi’s astronomical wage packet as a potential obstacle for interested parties – but thinks he’s worth every penny with ‘three or four years’ left in the tank.

Calderon compared Messi’s circumstances to those of Cristiano Ronaldo, who joined Juventus for £90million in July 2018 – aged 33.

“Obviously, I would be enthusiastic if I was the president of any club who can sign Lionel Messi,” Calderon added.

“It is true he is 33, but I am sure he has still three or four years at his best level ahead of him.

“Having said that, how can you pay for him?

“Real Madrid gave a gift selling Cristiano Ronaldo for €100m because he is showing he is still really valuable and will be for another couple of years.

“I am also sure Messi will try to get any fee for Barcelona. How many million? I honestly don’t know.

“The club who sign him will be lucky but also will have a huge salary to be paid. He really deserves it, though. The value he adds to a team is priceless.”