Barcelona chief Joan Laporta has decided on Hansi Flick as his first choice to replace Ronald Koeman if the Dutchman were to get sacked, according to reports. Koeman is under pressure with Barca having won just one of their last five La Liga matches. A draw with Levante and then defeat at home to Celta Vigo ended hopes of title success for the Nou Camp club.

Barca can finish the season no higher than third and could even drop to fourth if they lose to Eibar this weekend.

Koeman also saw his side crash out of the Champions League at the last-16 stage in February.

Paris Saint-Germain won the tie 5-2 on aggregate after winning the first leg 4-1 at the Nou Camp.

And it appears Koeman’s days may be numbered if reports from Spain are accurate. 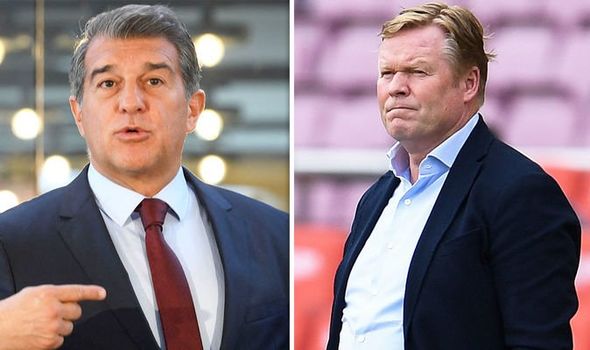 Spanish radio station RAC1 says Barca president Laporta has spoken to Bayern Munich boss Flick with regard to becoming the club’s next manager.

The report says Laporta found Flick ‘receptive’ and likes the ‘methodology and the intensity’ he would bring to the Barca squad.

Flick has an agreement to become the next Germany manager after Joachim Low leaves his role as national team boss after this summer’s European Championships.

However, RAC1 claims Flick has not signed anything yet to commit himself to that job. 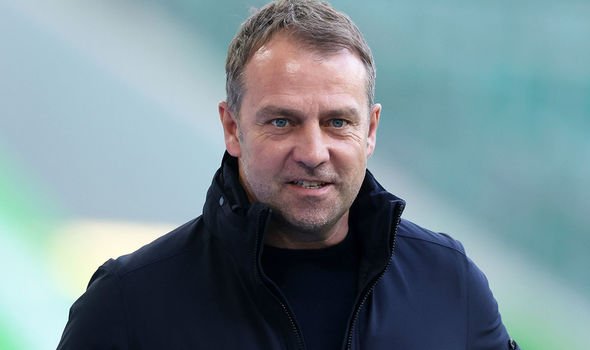 Flick will leave his role as Bayern manager at the end of this season.

The 56-year-old has won Bundesliga in both his campaigns in charge at the Allianz Arena.

The 58-year-old has seen a change in president, with Laporta replacing Josep Maria Bartomeu.

He has also faced countless questions over the future of superstar forward Lionel Messi, who is out of contract this summer.

Speaking last week, former Holland defender Koeman claimed he had not been treated fairly in some sections of the Spanish media.

“Yes, I feel a little bit mistreated in the last two weeks because you have to analyse the whole season,” Koeman said.

“And if I heard the media in the last few days, it looks like we did a really bad job and I don’t agree.”