Barcelona president Joan Laporta has issued a “keep calm” message regarding the future of Lionel Messi. Barca superstar Messi sees his contract at the Nou Camp expire at midnight tonight. The Argentine is widely expected to sign a new deal but is yet to put pen to paper.

Messi was strongly linked with a move away from Barca before Laporta returned as the club’s president towards the end of 2020.

Messi requested to leave Barca last summer but his exit was refused by the then president Josep Maria Bartomeu.

The 34-year-old kept up his stunning form on the pitch despite speculation surrounding his future with the La Liga giants.

He scored 30 goals in 35 La Liga appearances last season to win the Pichichi for an eighth time. 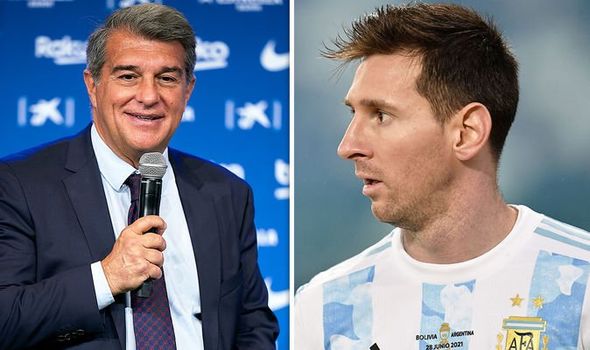 Messi has been away with Argentina at the Copa America and helped them beat Bolivia in their final group stage match on Tuesday.

And while away he has yet to commit his future to Barca.

However, Spanish outlet Sport reports Laporta is staying calm over the situation.

Laporta is claimed to have told reporters “keep calm”. 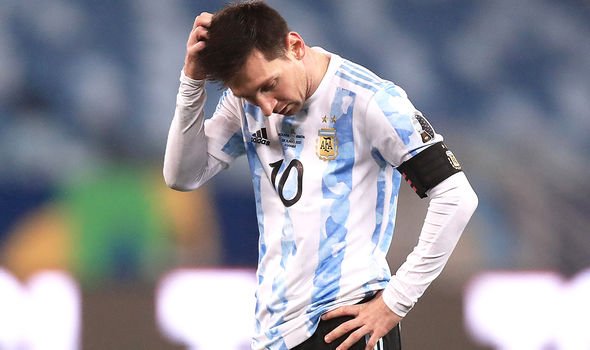 Sport says Laporta is still confident Messi will sign a new deal and an announcement will be soon.

That is despite the forward officially becoming a free agent tomorrow (July 1).

Manchester City and Paris Saint-Germain have both been linked with Messi in the last few months.

But speaking in May, Laporta maintained he was “moderately optimistic” Messi would remain at Barca beyond this summer.

“We can make an offer within our possibilities,” Laporta said at a news conference last month.

“Leo deserves much more, and could earn more elsewhere. I’m convinced he values the effort we’re making and would like to stay.

“Leo is not about money, but a team which can win everything. I am moderately optimistic.

“There is a lot of expectation surrounding his continuation. The new contract is going well but it is not done yet.

“The executives we have involved here are working hard to give him a good proposal, but one that is in our financial means.

“We hope this will be accepted by the player. He loves Barca and of course, we all want him to continue. We hope that he will.”