Barcelona are concerned fans wouldn’t take kindly to the appointment of Mauricio Pochettino because of his Espanyol past, reports say. The La Liga giants are primed to sack Quique Setien after their 8-2 Champions League defeat to Bayern Munich. And Pochettino is under consideration at the Nou Camp as they look to improve next season.

Barcelona were humiliated by Bayern Munich on Friday night, with the Bundesliga giants scoring EIGHT on a stunning night of Champions League action.

Philippe Coutinho and Thomas Muller both bagged braces for the German side, with Ivan Perisic, Serge Gnabry, Robert Lewandowski and Joshua Kimmich also on target.

Barcelona are now set to sack Setien, who has never had the support of the dressing room ever since he replaced Ernesto Valverde back in January.

Pochettino has become the frontrunner for the Barcelona job, with the Argentine out of work since leaving Tottenham back in October.

Yet Mundo Deportivo say the Catalan giants are concerned about the reaction of supporters if they appoint the 48-year-old.

Pochettino previously managed Espanyol and, in January 2018, insisted he would never be interested in taking over at the club. 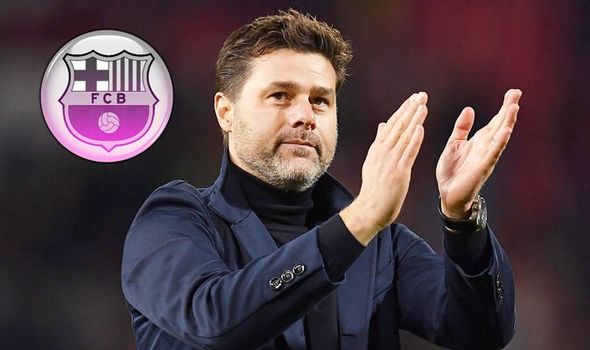 “I would never train Barcelona or Arsenal because I am tied to Tottenham,” he said at the time.

“I grew up at Newell’s and I would never train Rosario Central.”

He then added: “This is my decision. I would prefer to work on my farm in Argentina than to go and work in certain places.”

Pochettino did back down on those comments recently, however, saying: “We have to explain it well. I was in Barcelona that year and I met Bartomeu in a bar.

“We greeted each other because we were taking the children to the same school and we were talking for five minutes.

“That generated a rumour that set off alarms because there were more teams that wanted us, and when they asked me I wanted to settle it drastically; I did not want to disrespect Barcelona. 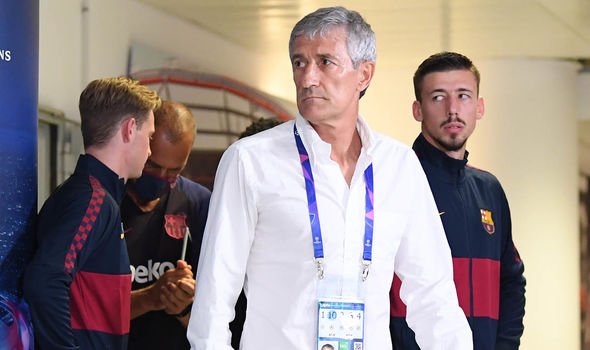 “You can say things differently. Espanyol has made a name for me. But I’m not arrogant and I didn’t like making a statement like that.

“Maybe now I wouldn’t because in life you never know what will happen.”

Other candidates for Barcelona include Xavi, Ronald Koeman and Thierry Henry.

Xavi was wanted back in January but there’s a sense that the Spain international is still too inexperienced for the top job, despite doing good work in Qatar with Al-Sadd.

Koeman is tied to the Netherlands national team until after the European Championships and he’s always insisted he wouldn’t leave that job ahead of schedule.

And Henry would be a wildcard choice, with the Arsenal legend currently coaching in the MLS with Montreal Impact.

Setien, meanwhile, appeared resigned to the sack when speaking after Barcelona’s battering to Bayern on Friday night.

“It’s a tremendously painful defeat. They scored more goals that they merited,” Setien told Movistar. “We started pretty well but the power of the opponents, in many phases of the play, overran us.

“I’m not going to talk about what is needed at the club. I’ve been here for just a few months. If Gerard Pique says that it’s time for big changes there’s going to be importance to his words.

“It’s time for us to review and take the decisions which are needed for the future. I think that right now it’s too soon to be talking about whether I stay at the club or not.

“The reality is that it doesn’t depend on me. It’s worth all of us working out what’s important and considering a wide range of things which correspond to a defeat of this importance and which is so painful.”