Barcelona have turned their attention towards Bayern Munich winger Kingsley Coman as a backup transfer target if they are unable to sign either Lautaro Martinez or Neymar, according to reports in Spain. Barca are all set for a busy summer transfer window, and are expected to have multiple players coming and going.

Coman has emerged as a surprise target for Barca after an impressive season for Bayern.

The young winger has five goals and five assists in 24 games across all competitions this year.

However, speculation has suggested that he could be on his way out this season.

Bayern are said to be keen on signing Manchester City winger Leroy Sane this summer, and Alphonso Davies has emerged as one of the best prospects in Europe along the left flank. 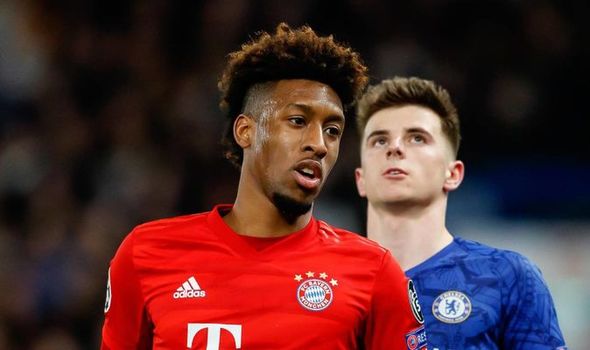 Now, he could be offered an exit from the Allianz Arena, with Barca keeping tabs on him ahead of the upcoming window.

Barca are desperate to sign either Martinez or Neymar once the window opens, but have identified Coman as a backup, according to Spanish outlet SPORT.

The Frenchman is under contract until 2023, meaning Bayern have no need to sell if they don’t want to, but could decide to part ways with him to fund a move for Sane.

Reports had previously suggested that Coman could be included in a swap deal to keep the transfer fee for the German winger down.

And the player himself did little to discredit suggestions he would want to play for City by heaping praise on current Etihad boss Pep Guardiola.

Coman made his way through the ranks at Bayern during Guardiola’s time at the club, despite having a season on loan at Juventus.

And he admitted he would love to play for the Spaniard again at some point in his career.

“I would say Guardiola because he is the one who made me start playing a little more regularly even if I had played a few matches at Juve,” he said when asked to pick the best manager he has played for. 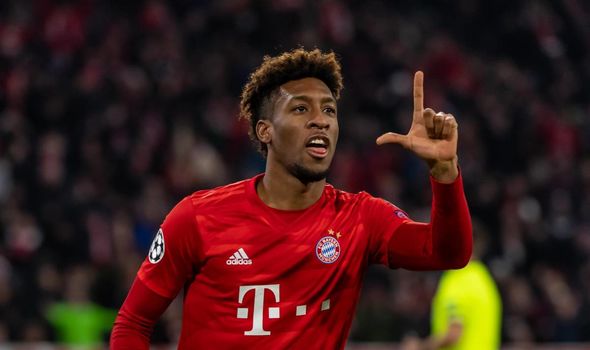 “For a player in my position, a winger who likes to hit and provoke, he is the best coach we can have because that is what demands us the most.

“He creates systems to have one-on-one situations and it’s the system where I can flourish the most.

“He didn’t ask me to have stats. He just asked me to take, hit and centre. And that was what I appreciated very much.”