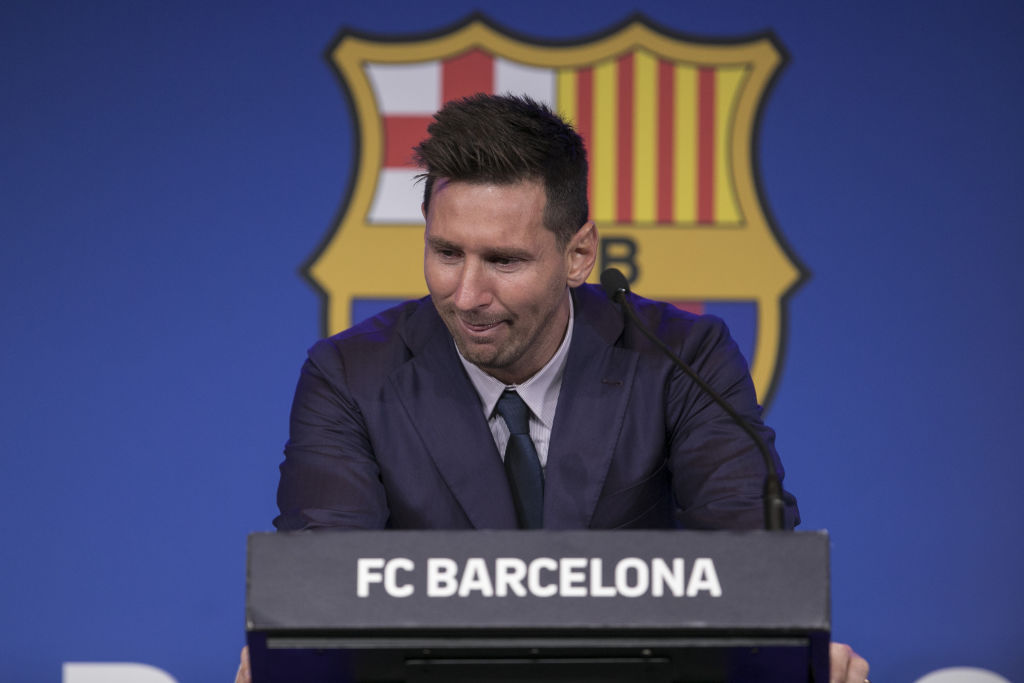 Barcelona have made a last-ditch attempt to keep Lionel Messi at the club despite the Argentine being on the verge of joining Paris Saint-Germain, according to reports in Spain.

The six-time Ballon d’Or winner confirmed he was leaving Camp Nou after 21 years in an emotional press conference on Sunday, though he insisted that he had wanted to remain at the club.

Messi has been a free agent since the start of July and agreed to take a massive pay-cut, though Barca pulled the plug at the eleventh hour citing La Liga’s strict wage restrictions as the reason.

After news of Messi’s looming exit first emerged on Thursday, PSG quickly made a play to sign the 34-year-old and were hoping to announce his arrival on a two-year deal at the start of this week.

But now Catalan radio show La Porteria claim there could still be another twist in the transfer saga after Barca’s hierarchy reached out to Messi’s camp late last night.

The club’s CEO, Ferran Reverter, spoke with Messi’s father, Jorge, to make ‘one final offer’ – though it seems highly unlikely that they will be able to agree a deal that fits within La Liga wage restrictions.

Even if Messi agreed to play for free, Barcelona would still exceed the salary cap and therefore need to offload a host of players in order to free up space to keep their talisman at the club.

But despite making the likes of Samuel Umtiti, Philippe Coutinho, Antoine Griezmann and Ousmane Dembele – all among the highest earners at the club – available for sale, they have received little to no interest and have been unable to shift their enormous salaries.

PSG are still thought to be extremely confident of signing Messi despite Barca’s late intervention, though contrary to reports that he was en route to Paris the Argentine is still at his home in Catalunya as of Tuesday morning.

The Copa America winner, who is currently club-less and unable to train, has been offered a deal worth €40million (£33.8m) per season after tax by PSG – plus the option for a third – which would be one of the most lucrative deals in European football.

Despite such a mammoth contract on the table, Barcelona still feel Messi’s preference is to remain at Camp Nou, with the forward saying on Sunday: ‘I don’t want to leave this club, it’s a club I love and this is a moment I didn’t expect. Last year I wanted to leave, this year I wanted to stay. That’s why I’m so sad.’