Barcelona have placed a whopping £363million (€400m) buy-out clause on Miralem Pjanic after confirming the Juventus star’s signing. The transfer is set to cost a total of £59m (€65m) as Barca have splashed £55m (€60m) and are expected to pay another £4.5m (€5m) in variables ahead of the summer transfer window.

Pjanic will remain at Juve for the rest of the season and will then move to the Nou Camp to link up with his new team-mates for the 2020/2021 campaign.

An official statement from Barcelona read: “FC Barcelona and Juventus have reached an agreement for the transfer of player Miralem Pjanić. The cost of the operation will be 60 million euros plus 5m in variables.

“The player will sign a contract with the club for the next four seasons, until the end of the 2023/24 season, with a buy out clause of 400 million euros.

“The player will remain with Juventus until the 2019/20 season is over.” 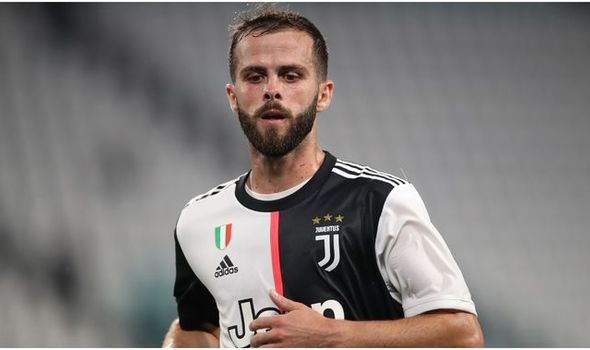