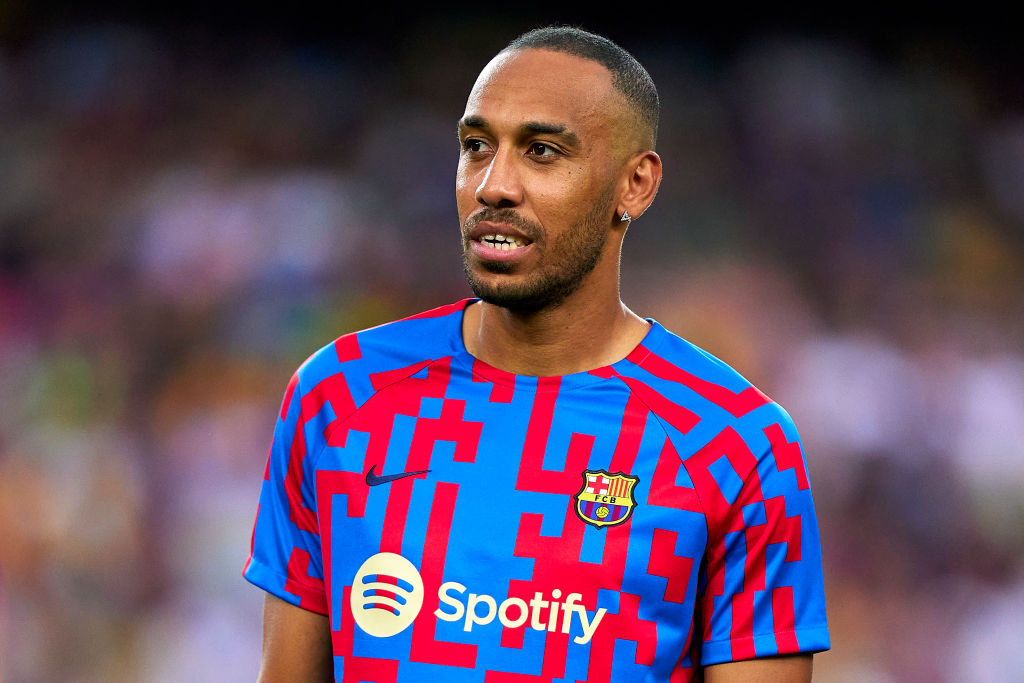 Barcelona will demand a big fee from Chelsea for Pierre-Emerick Aubameyang even though he joined the club on a free transfer earlier this year, according to reports.

The west London club are keen to add more firepower to their frontline before the transfer window closes after loaning Romelu Lukaku back to Inter and selling Timo Werner back to RB Leipzig.

That has seen them linked with an unexpected move for Aubameyang, with manager Thomas Tuchel doing little to play down the speculation.

The German coach worked with the Gabon international at Borussia Dortmund and has been speaking this week about the ‘close bond’ they still share.

Aubameyang only moved to Camp Nou in February of this year, with Arsenal having agreed to rip up his rumoured £350,000-a-week contract on deadline day so he could join Barca after the window had closed.

After a frustrating time at Arsenal in the first half of the 2021-22 campaign, which was punctuated with disciplinary issues and saw him lose the captaincy, Aubameyang enjoyed a resurgence at Barca.

The 33-year-old netted 11 goals in 17 La Liga appearances, helping the side finish second despite having been in a battle just to qualify for the Champions League when he joined.

But the arrival of Robert Lewandowski has pushed Aubameyang down the pecking order and he only came on for the final eight minutes of Barca’s goalless draw with Rayo Vallecano on Saturday.

Barcelona – who still have not registered Jules Kounde due to their financial issues – are believed to be keen to offload the forward, with the terms of his contract meaning he is now on a far bigger salary this season than he was in the previous campaign.

Despite Barca’s openness to selling Aubameyang, reliable Spanish journalist Gerard Romero, speaking on his Jijantes FC Twitch show, says the Catalan side are looking to extract a sizeable fee from Chelsea.

Barcelona are looking to secure a fee in the region of €25million (£21m) to €28million (23m), which is around half the fee they paid Bayern Munich for Lewandowski – which is being used as a barometer.

While the Catalan club are optimistic they can get a decent fee from Chelsea, the west Londoners are thought to have baulked at that asking price and would want to pay considerably less for a player in the twilight of his career who is on big wages.

Speaking about Aubameyang, Tuchel said last week: ‘Some players stay your players because you work very, very close, Auba is one of these players. We had a very close relationship.

‘Always when we played him here with Arsenal, there was always straight away this close bond. They always stay your players in a way, Auba is one of these guys.’