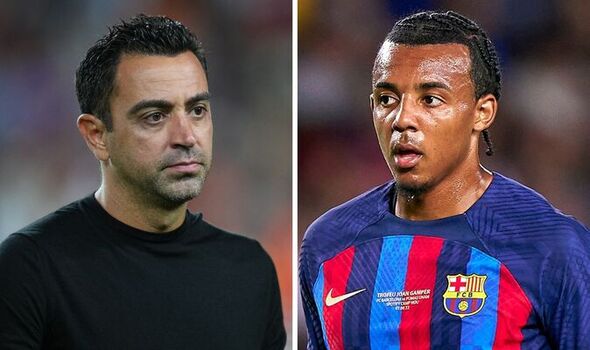 Barcelona have reportedly lost their battle to get all five summer signings registered in time to play against Rayo Vallecano on Saturday. Barcelona raised a further £85million after agreeing to sell 24.5 per cent of Barca Studios to Orpheus Media in a bid to help them register their new signings.

The deal had been authorised by Barcelona board members in October last year but it has now gone through in a boost to the club’s plans. Andreas Christensen, Franck Kessie, Raphinha, Jules Kounde and Robert Lewandowski have all joined Barcelona this summer.

But they remained unregistered earlier this week with the club unable to find the available cash to solve the problem. Despite the injection of cash, The Athletic claim that Barcelona will only be allowed to register four of the five new signings.

It is said that Kounde will not be registered, therefore making him ineligible to face Rayo Vallecano this weekend. There is also some uncertainty on whether Ousmane Dembele and Sergi Roberto will be registered to play in Barcelona’s opening La Liga match. 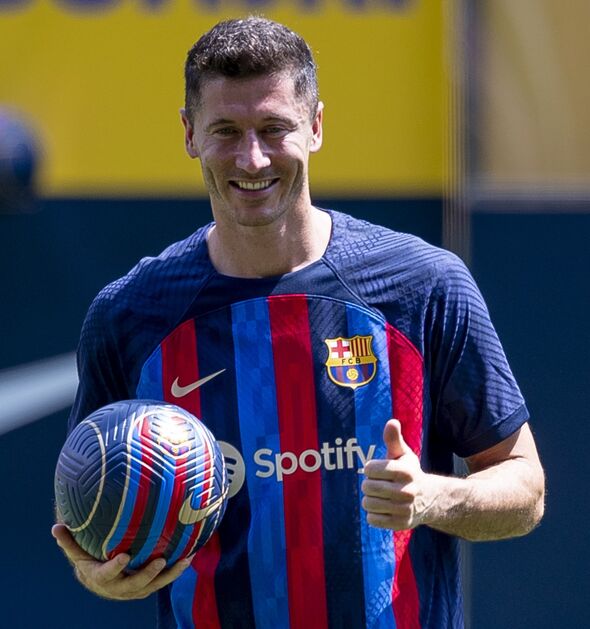 The Barca duo signed new contracts this summer, but La Liga’s imposed squad cost limit prevented them also from being registered. Barcelona have been pulling their ‘economic levers’ all summer in an attempt to raise funds as Xavi tries to strengthen his squad at the same time.

By activating a ‘lever’, Barcelona have essentially been selling off assets in order to bring in revenue. They’ve sold off large chunks of their TV and licensing rights for multiple years into the future.

It comes after Barcelona posted eye-watering debts to the tune of £1.16billion in 2021. Barcelona have also been trying to slash their wage bill as they look to continue making new signings in the transfer window.

Frenkie de Jong appears to be the main stumbling block for Barcelona with the midfielder not willing to leave despite interest from Chelsea and Manchester United. The Catalan outfit still want Marcos Alonso while there is also said to be strong interest in Manchester City’s Bernardo Silva.

Gerard Pique has been trying to do his part to help the club in their current situation and he has reportedly ‘offered to drastically reduce his salary’. The Spaniard did the same last summer when Barcelona faced similar issues in trying to register Sergio Aguero, Memphis Depay and Eric Garcia.

Dele, Rashford & Lukaku among footballers unwinding at the end season