Bayern Munich ‘want Harry Kane to hold off signing a new contract at Tottenham Hotspur’ so they can offer him a transfer to Germany next summer.

Kane’s current Spurs deal runs until 2024, and the London club will be eager to keep hold of the England captain, despite persistent speculation about his future.

But Bayern have said if Kane does not sign an extension, they will put in a bid next summer – knowing that the price will come down as he’ll have just 12 months left on his contract at the Tottenham Hotspur Stadium. If the contract runs out, Kane would become a free agent the following year.

Christian Falk, the head of football at German paper Bild, confirmed the rumours, tweeting: ‘TRUE✅ The Bosses of @fcbayern hope that Harry Kane doesn‘t extend his contract (now til 2024) at @SpursOfficial so they can make a offer 2023 for a Transfer to Munich.’ 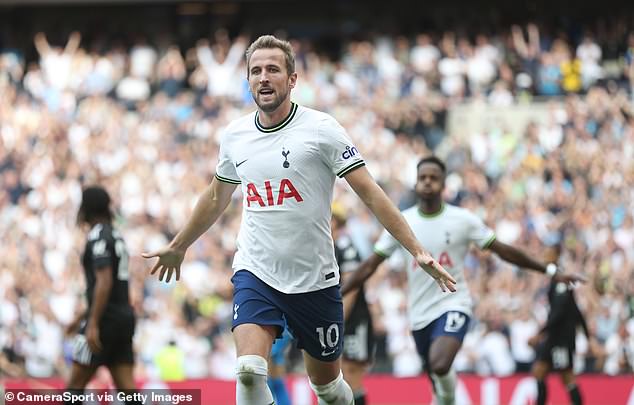 When asked by Sky Germany, Bayern Sporting Director Hasan Salihamidzic said: ‘It’s too early to talk about it.’

It is not clear what the 29-year-old plans to do next, whether he remains with Tottenham, or takes on another challenge elsewhere.

Bayern were interested in Kane this summer, as a replacement for Robert Lewandowski, but the move did not materialise.

Julian Nagelsmann has many attacking players, but no out-and-out strikers at the Allianz Arena, so Kane would have fit into their plans, but it remains to be seen if he will be interested in Bundesliga football in 2023. 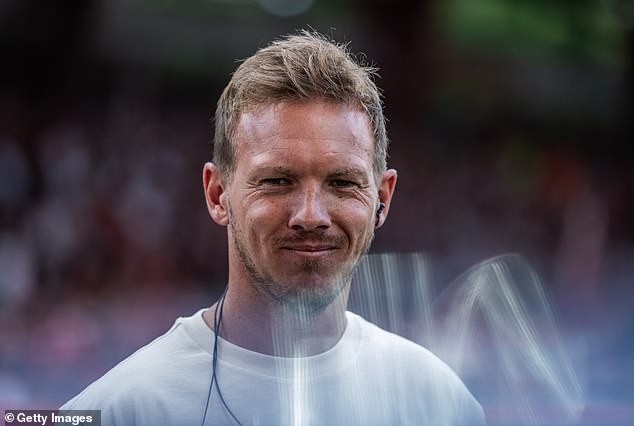 One of the criticisms of Kane’s stellar career to date is a lack of serious silverware, and Bayern Munich are perennial winners on the national and European level.

However, Spurs are in the middle of rebuilding, and aiming for glory themselves under Antonio Conte, so Kane could be encouraged to stick around.

Last week, when asked about whether now was a good time for Kane to sign a new contract at Spurs, Conte said: ‘Yeah, the perfect time but you know very well that you create the perfect time with a project.

‘If also the player understands that there is a right process, that everybody is going in the same direction, I think every single player wants to see this.

‘And I think that Harry for sure is happy because he is seeing this type of situation. 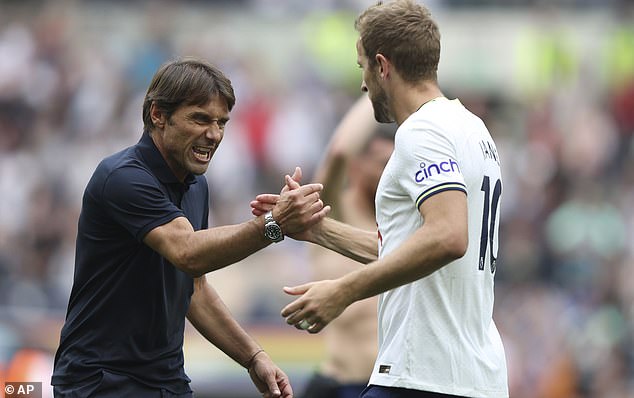 ‘There is a vision, there is a direction and there is a unity to try to improve the team to be the team at the level of his expectations.’

Kane has scored five goals in six league games to kick-off the 2022-23 league season, before Spurs begin their Champions League pursuit at home to Marseille on Wednesday.

Kane has 188 career Premier League goals, and has been hotly tipped to come close to, or even eclipse, Alan Shearer’s record of 260 goals.