It was a case of the Beetles upsetting the stars at the Asian Champions League, with Melbourne Victory's hopes of reaching the knockout phase getting a lifeline as a result.

Thai club Chiangrai – who are known as "the Beetles" in Thailand's League 1 – claimed a surprise win 2-1 over FC Seoul early Saturday. 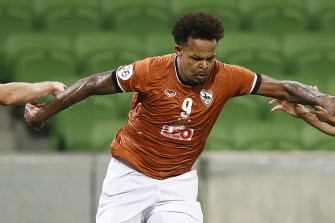 Victory crashed for the second time in three days to Beijing Guoan late on Friday night but Grant Brebner's revamped squad still has a sniff of a spot in the second phase thanks to the later result. Victory take on Chiangrai early next week in a game that now looms as a must-win for both sides.

Chiangrai took the lead through their Brazilian striker Bill just before half-time only to see the South Koreans level just before the hour through Park Chu-young.

But Bill bobbed up again with a minute to play to grab the winner, and give both Chiangrai and Victory hope that they could snatch second spot in the group behind runaway leaders Beijing.

The Chinese Super League club has 12 points from its four games, Seoul six and Victory and Chiangrai three each. 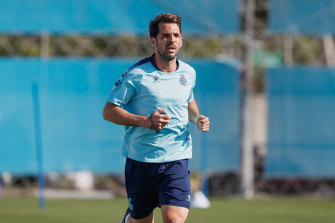 Meanwhile, Western United believe a former La Liga midfielder who played a handful of games for global giants Barcelona can stiffen up the defence of the club who conceded more goals – 37 – than almost every other team who made the A-League finals last season.

The only other finalists to have conceded as many during the regular season were defeated grand finalists Melbourne City.

Western coach Mark Rudan hopes ex-Barcelona and Espanyol defensive midfielder Victor Sanchez has what it takes to make the second-season club tighter at the back and more difficult to break down.

Sanchez made 12 senior appearances for the Nou Camp giants before moving to cross own rivals Espanyol, for whom he played 270 games.

"The defensive midfield role is key to a team’s defensive and offensive play and adding a La Liga calibre player to our team is a massive coup," he said.

“As a former captain of Espanyol, he will bring natural leadership qualities to the group that will definitely help inspire the team to success, with commitment and passion, to our collective footballing ambitions.”

In the W-League, Melbourne City FC has signed American centre-back Samantha Johnson for the upcoming season.

Johnson, who has made over 90 appearances in the NWSL for Chicago Red Stars and most recently the Utah Royals, also played 23 games for Melbourne Victory between 2016 and 2019, and before that appeared 13 times for Sydney in the 2014-15 campaign.

She is returning to the game having walked away from soccer for nearly 18 months.

Johnson said she wanted to return to soccer to “align my purpose off the pitch with on the pitch", having worked with underprivileged youth.

Is Leicester vs AEK Athens on TV? Kick-off time, channel and how to watch Europa League fixture tonight