It’s not too often that a goalkeeper gets recognised for individual awards in football, but the record of Ben Amos in October made him impossible to ignore.

Six League One games in the month saw the 30-year-old keep six clean sheets, with a string of key saves proving pivotal in helping fire Charlton up the table.

Even sitting there with his accolade, however, Amos is still keen to praise the collective.

“It feels a little bit daft with just one player getting this award when it’s been such a collective effort over the last few weeks from everyone,” Amos told Sky Sports after winning the Sky Bet League One Player of the Month award for October.

“Even the attacking players, who you would normally associate with not defending too much have been revelling in keeping clean sheets. They have really worked for them because they see that if we do that we’ll create chances and then more often than not we’ll go and win the game.”

In 10 appearances this season Amos has already kept seven clean sheets, and Charlton have leaked fewer goals this season than any other side in League One.

It is a run of form which seems all the more impressive when you take into account the fact he wasn’t even their No 1 last season as they got relegated from the Championship. 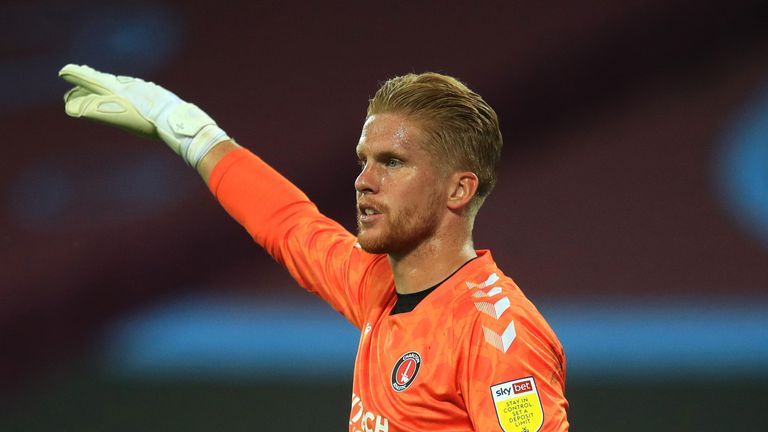 But Amos, who started his career at Manchester United and made seven senior appearances for them between 2008-15, while also being sent out on loan six times, knows the value of always being prepared. And he was ready to step in the moment Dillon Phillips left The Valley.

“I’m not sure if there was one point in particular where I knew I would be No 1,” he says. “Obviously I knew that there was speculation over Dillon’s future, but I just kept my head down like I did all of last season when I was fit and available.

“I just had to make sure I was mentally and physically ready to go when I was called upon. I always do my best every day to make those little gains, and that’s all I care about. Everything else will just come.”

Amos had experienced relegation from the Championship before last season. He featured 40 times for Bolton in 2015/16 as they capitulated to a disastrous drop into League One.

Going down with Charlton was a different emotional experience, however, as it happened so dramatically on the final day of a season that was dragged out until the end of July.

Things are now looking up at the club, though. After years of turmoil, the club seem to have finally found some stability in new owner Thomas Sandgaard, who has offered a level of support to Lee Bowyer that had been sorely lacking previously. 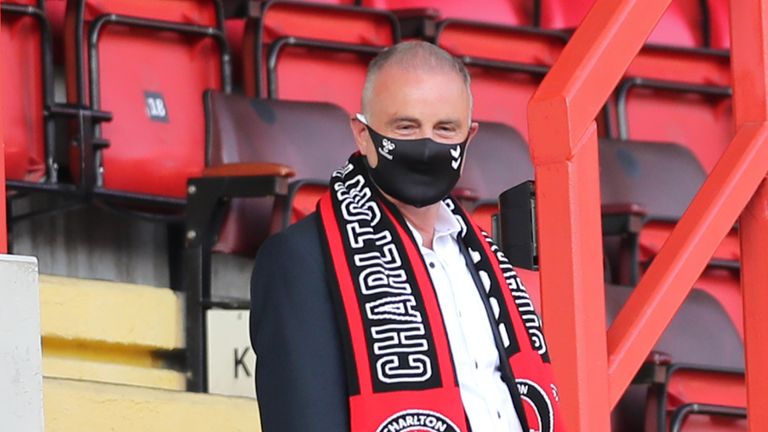 “The manner in which we got relegated was horrendous,” says Amos. “I was optimistic going into the Leeds game [on the final day of the season] knowing all those games had to go against us, but they did.

“But on the flipside then Thomas came in and has basically delivered on everything he said he would, and more. I haven’t met him in person yet, but obviously we all follow the things he says in public, and hopefully soon we will meet him. There is a stability behind closed doors now, which is great for us, and it makes a nice change from the last few years.

“[Bowyer] has been instrumental. Even in the players he has brought in. Loads of lads left the club in the same and he and [Director of Football] Steve Gallen have had to bring in 10 or 12 players. 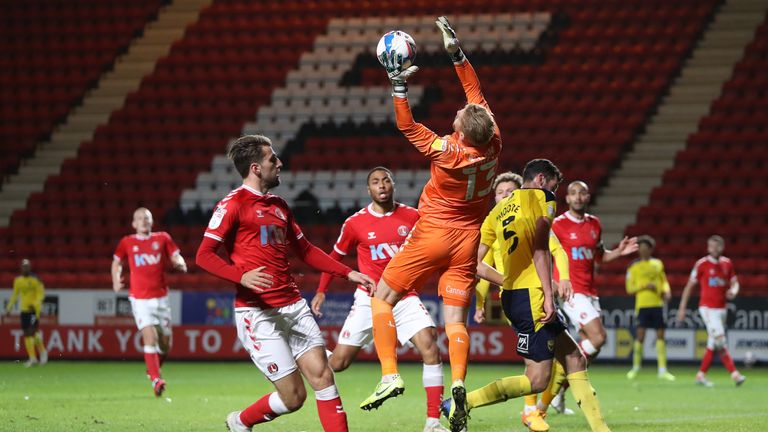 “They’ve had to gel them all together in a very short space of time, and they’ve done that superbly.”

And Amos, who is in his second stint Charlton having previously been on loan there in 2017/18, has belief that they are once again only heading one way.

“I want us to get promoted, and that feeling is the same throughout the team,” he says. “We recognise the quality and strength in depth we have in the squad. That has to be our target.”