In a summer of big sporting headlines, Blackburn Rovers forward Ben Brereton facing Lionel Messi in the Copa America for Chile has to be one of the strangest.

And that’s not even mentioning the Pepsi commercial the 22-year-old Stoke-born player appeared in to introduce himself to his new-found supporters.

So how did Brereton, who has since added ‘Diaz’ to his surname, end up lining up alongside players like Alexis Sanchez, Arturo Vidal and Claudio Bravo in this summer’s South American tournament?

Despite representing England at youth level, Brereton qualifies for ‘La Roja’ through his mother, who was born in the country.

“The first time I heard I could play for Chile was when Blackburn were playing Preston away (in November) but as the season began to come to an end there was more talk about it and a few phone calls,” Brereton exclusively told Sky Sports News.

“My mum always joked about it when I was younger, but we’ve never thought it would actually happen or to approach Chile about the possibility.

“For me it really was a no-brainer and these last couple of months have been a whole different level, it’s just been crazy.”

After finishing the Championship season with a goal in a 5-2 win over Birmingham City, taking his tally to seven for the season, Brereton earned his maiden call-up for the 2022 World Cup qualifiers against Argentina and Bolivia.

Although he never made an appearance, he impressed enough to be included in the subsequent Copa America squad, making his debut from the bench against Argentina in a 1-1 draw.

“To make my debut against such a great team as Argentina, with the likes of Lionel Messi and Angel Di Maria, was such a great moment,” Brereton said.

“I have a lot of photos on my phone, and my family are going to frame some of them as well as the shirts.

“They will be good memories for me as I go further down through my career – I’ll look back at going to the Copa America and be thankful for making my family proud.” The next game, against Bolivia, Brereton was handed his first start and went on to score the winner in a 1-0 win before eventually going out at the quarter-final stage to Brazil.

However, the remarkable summer and Brereton’s impressive performances led to significant interest in the country and has seen him make a starring role in a Pepsi advert for the Chile fans.

“They phoned me after the Copa America and asked if I wanted to do one to break the ice in Chile,” Brereton explained.

“I have seen some of the great Pepsi commercials in the past and it’s a crazy thing to think about”.

Domestically, Brereton admits he has struggled at Ewood Park since a big-money move from Nottingham Forest back in August 2018 but his international adventure this summer has given him fresh motivation for the upcoming season.

Brereton said: “When I first came here it was tough, I had a couple of years where I wasn’t really playing the best football that I could. 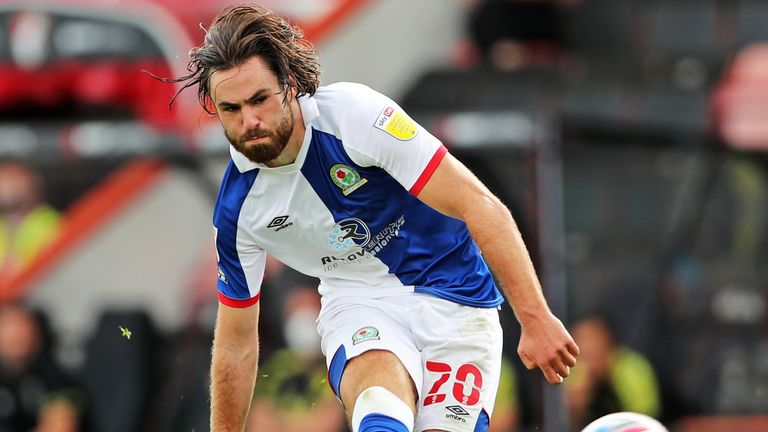 “Last season I did well but the Copa America has definitely motivated me and driven me to do more and make me think more about the bigger picture.

“It’s been a crazy experience and hopefully both myself and Blackburn can move onto better things now.

“I learnt a lot of things out there, different styles of play and I’m going to bring it back here (to Blackburn).”

With Chile having more World Cup Qualifiers between September and October, navigating another South American adventure during Blackburn’s Championship campaign may prove tricky but is a challenge the player is relishing.

“If I get called up I’ve got to speak to Blackburn and Chile and come to some conclusion as to how to work it because I don’t want annoy either side.

“But if I did get called up again I would love to go, play more games and try to score more goals.”