Benfica boss Roger Schmidt has admitted his side are powerless to keep hold of Enzo Fernandez amid interest from Chelsea.

The Blues have opened talks with the Portuguese club over a move for the midfielder who is valued at £106m by his release clause which the Blues could be willing to trigger.

Fernandez has attracted plenty of interest this month after helping Argentina win the World Cup in Qatar where he was named Young Player of the Tournament. 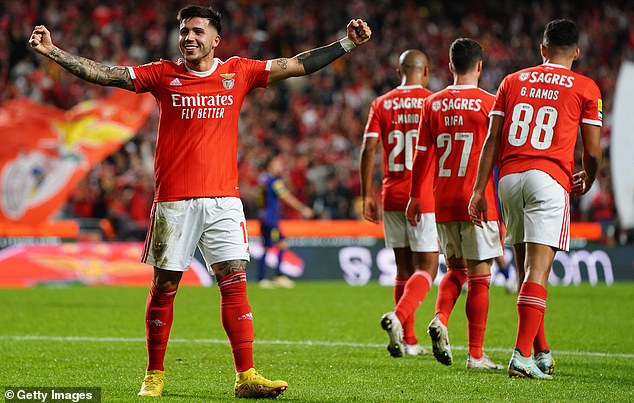 Speaking ahead of his side’s league trip to Braga on Friday, Schmidt revealed that his most talented stars will always be at risk of being sold once the transfer window opens on January 1.

‘As for the market, until December 31 we are sure, nobody can come to buy us any player,’ he said.

‘Now I am focused on Braga, everything else will happen when the market opens. It’s always the same: when you have very talented players, there is a risk of losing them, you have to be prepared. Now the focus is on Braga.’ 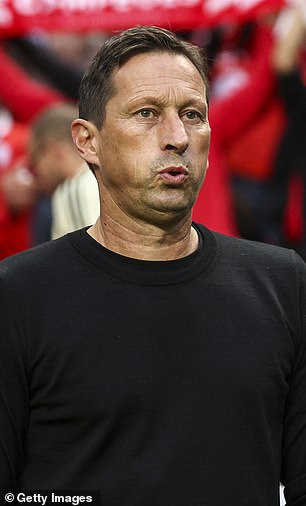 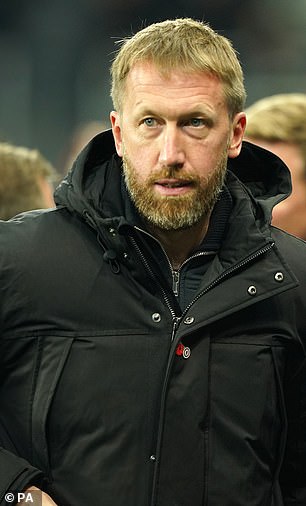 After celebrating back home with team-mates following Argentina’s win, Fernandez has now returned to Benfica along with Nicolas Otamendi.

When asked with the duo would feature on Friday, Schmidt revealed he would not go into detail over his starting line-up but that he was happy with their playing condition and mood around the camp despite Fernandez’s prospect of an attractive move to west London.

‘I’m not going to give 11, I can only say that they returned in a good mood, in good condition, they trained with the team and they are motivated,’ he added. 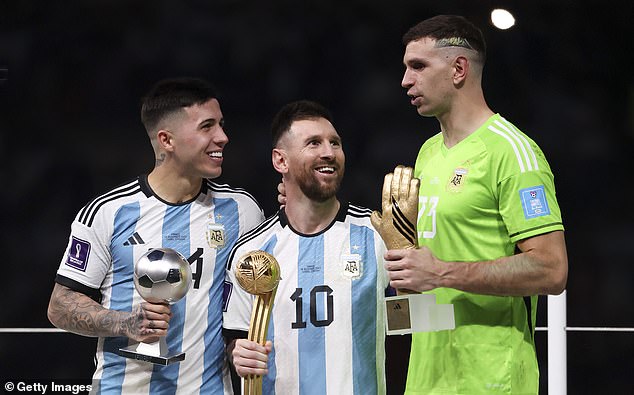 Chelsea boss Graham Potter is trying to rebuild the Blues side in his image after taking over from the sacked Thomas Tuchel earlier in the campaign, and is hoping to focus on developing a younger side.

As well as the 21-year-old Argentine, the Blues had been linked with Atletico Madrid star Joao Felix but have now backed down over the Spanish club’s £8m loan fee demands for six month.

That follows the signing of David Datro Fofana of £8m from Molde, which was confirmed on Wednesday, while the Blues are also keen on keeping some experienced stars such as Jorginho after offering the 31-year-old a new deal.