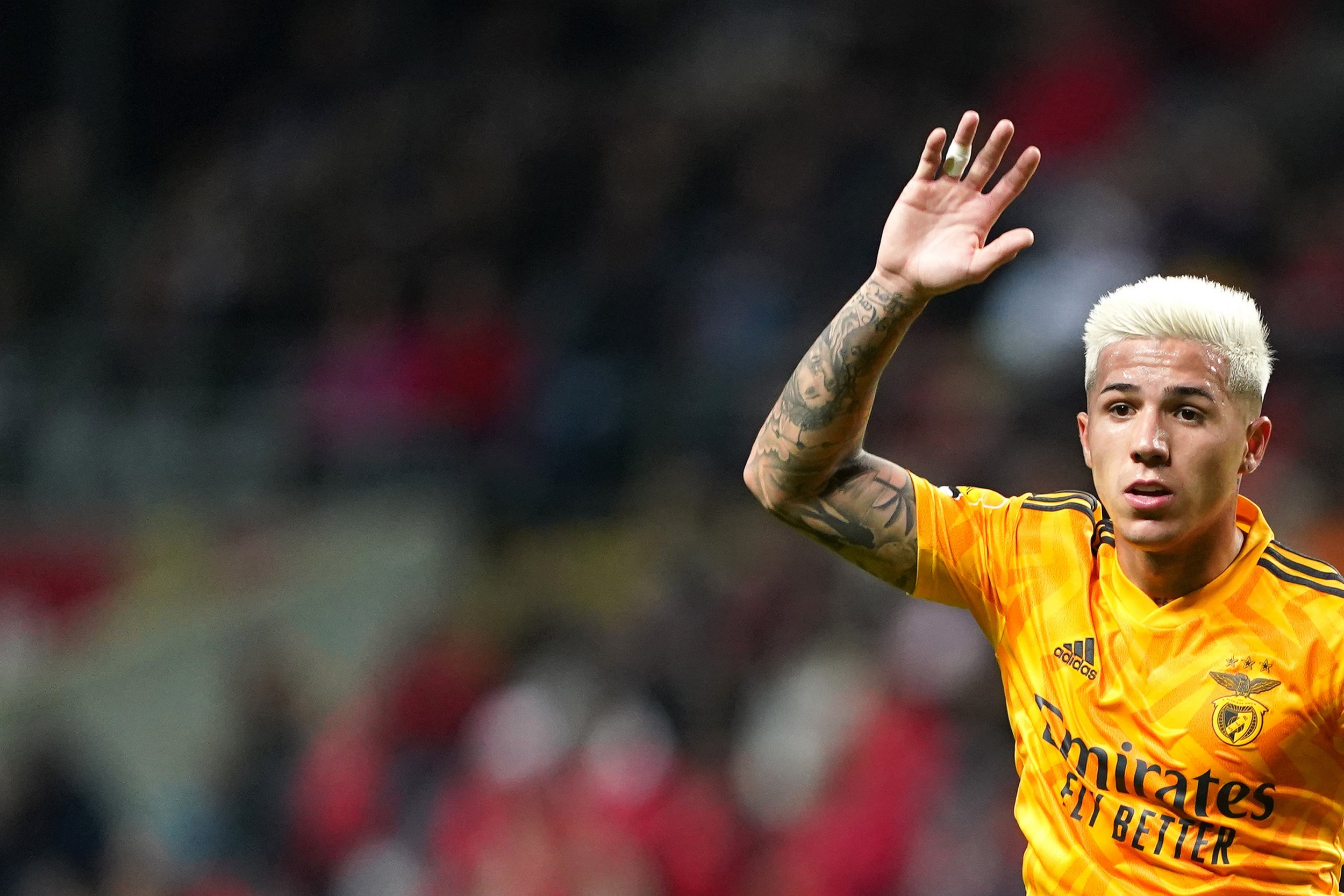 Roger Schmidt insits Enzo Fernandez remains part of his long-term Benfica plans, despite axing the Chelsea transfer target from his squad ahead of last night’s game against Portimonense.

The Argentina World Cup star has had his head turned by interest from the Premier League giants, despite having only joined Benfica last summer from River Plate.

Chelsea had indicated they were ready to activate his Fernandez’s £106million release clause but angered the Portuguese giants by shifting the goalposts earlier this week and reneging on that promise.

Benfica had made clear they had no intention of parting with the highly-rated midfielder, who shone in Qatar and enhanced his reputation with a series of outstanding displays, for anything less than his full release clause.

‘We do not want to sell Enzo,’ Schmidt told a press conference on Thursday. ‘Not me, not the president, nobody.

‘We know, everyone knows he has a clause in the contract and if the player wants to leave and someone comes and pays the clause of course we cannot work against that. Then maybe we will lose the player.

‘There is a club who want our player. They know we don’t want to sell the player. They tried to get the player on their side and they know they can only get this player when they pay the clause.

‘It is a very clear situation. What the club is doing, it is disrespectful against all of us, against Benfica and I cannot accept what they are doing.

‘So to make the player crazy, and then to pretend they can pay the clause and then later they want to negotiate, it is not what I understands to be good relationship between clubs who want to discuss players.’

Fernandez subsequently missed last night’s narrow win which moved Benfica six points clear of Braga at the top of the table with Schmidt revealing the player had not been in the right frame of mind.

‘It’s clear what Enzo Fernández did wasn’t right, that’s why he wasn’t in the team. I’m happy to announce from tomorrow I’ll see Enzo in training,’ he said.

‘He is our player, we need him… now Enzo can focus on Benfica and football again.’