Football fans have taken an opportunity to poke fun at Liverpool striker Darwin Nunez after a clip showing one of his wild attempts in training went viral. The Uruguayan has blown hot and cold since completing a big-money move from Benfica over the summer with some concerned about whether he has the quality to eventually come good.

Nunez is among the majority of Jurgen Klopp’s Liverpool squad to have jetted off and joined up with their respective international teams. The 23-year-old will have more travelling to do than most, too, with games against Iran and Canada pencilled in over the coming days.

The 23-year-old is now a regular for Uruguay, having taken the torch from the likes of Luis Suarez and Diego Forlan to lead the line. He’ll want to improve on a modest record of two goals in 11 appearances over the international break, but his questionable club form won’t offer those in his homeland much hope.

Neither will footage of a recent Uruguay training session in which Nunez clumsily bundled over his opponent, drove into the box before launching a right-footed strike so wayward, it’s difficult to tell whether it was a cross or a shot. 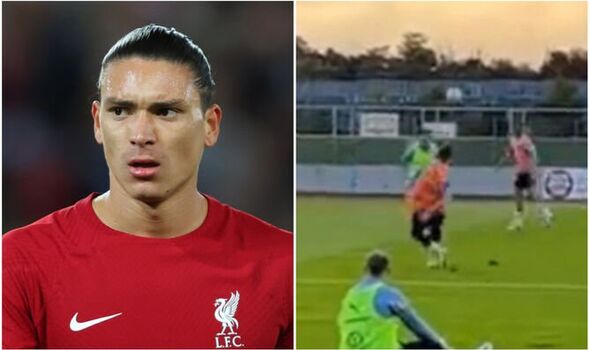 Reaction quickly poured in on social media and it wasn’t just Liverpool’s rivals that questioned Nunez’s ability. Reds fan @Ntethelelo_Icon quote tweeted the video with the message: “Benfica scammed us,” followed by a sequence of despairing emojis.

He wasn’t the only one, either, as @Sakam_yrots wrote: “I can’t keep defending Nunez. He’s making it hard for me to back him up.” Meanwhile, @TojiroYoshihiro added: “How on God’s green earth was this guy ever compared to [Erling] Haaland? At this point, Haaland and [Joel] Matip is a better comparison.”

Liverpool fans were optimistic when Nunez scored on his competitive debut for the club against Manchester City in the Community Shield. He followed that up with a goal on his Premier League debut against Fulham but the downward spiral began in his second game as he sprung to his feet, went head-to-head with Joachim Andersen and got sent off.

The Reds parted ways with Sadio Mane over the summer as the Senegalese forward sought to take on a new challenge after going close to an unprecedented quadruple last season. A whopping £85million deal for Nunez, who scored just shy of one goal per game for Benfica last season, was meant to offset Mane’s departure but a troubled start to the campaign suggests that Klopp has problems to solve in multiple areas of the pitch. 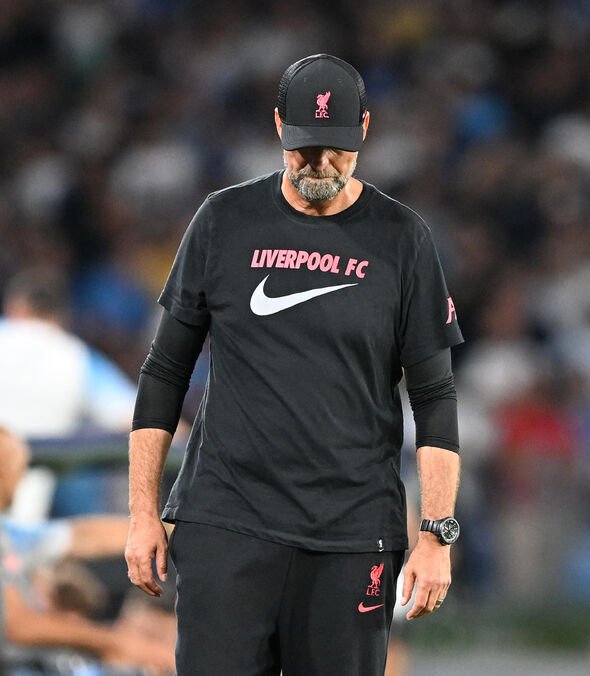 “We have to reinvent ourselves, the basic things were not there,” said the boss after seeing his side hammered 4-1 by Napoli earlier this month. “It is a difficult period, no doubt about that, but if you are not playing exceptionally well you still can defend on a really high level.

“We should be able to do that. At the minute we are in-between. It is not that we have to invent a new kind of football but we have to improve. Everybody would be happy if we could play the stuff we used to play.”