Karim Benzema has refused to back down over his criticism of former France team-mate Olivier Giroud. The Real Madrid frontman raised eyebrows when he took a swipe at his compatriot on Monday, referring to Giroud as a ‘go kart’ while comparing himself to a Formula 1 car.

Benzema has been frozen out of the international picture and has not played for France since 2015, while Giroud has been a mainstay of the Les Blues in recent years and played every match on the way to victory at the 2018 World Cup.

However, the 33-year-old failed to score in the tournament and has only made five Premier League appearances for Chelsea this term.

In comparison, Benzema has 19 goals in 32 outings for Real Madrid this term and has racked up over 500 appearances across all competitions during his 11 years at the Bernabeu.

And the Los Blancos striker is less than impressed with Giroud’s style of play, although he did acknowledge that the target-man’s presence helps his team-mates excel. 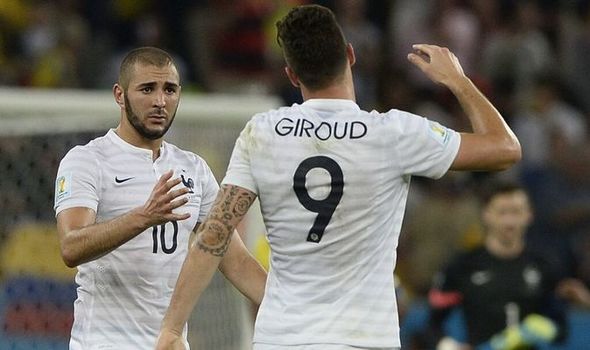 Speaking in a Q&A session on Instagram, Benzema said: “You can’t confuse an F1 car with a go-kart and I’m being kind.

“I know I’m a Formula 1 car. It [France’s style] works because he’s there, that’s it. It’s not going to be spectacular.

“[Antoine] Griezmann and [Kylian] Mbappe get seen more while he rolls his sleeves up and does the dirty work. But does everyone like his game? I don’t know.”

Benzema has now dragged Real Madrid and Brazil legend Ronaldo into the debate as he continues to hammer home his point about Giroud.

Speaking in another Instagram video, Benzema said: “Some people only took away things about Giroud and Formula 1, but they didn’t remark what I said about what he’d brought to the French national team.

“They only focused on that, on what I said about Formula 1 and karting, but it’s what I think and it’s the truth.

“Look, if I was asked about R9 (Ronaldo), then he would be the Formula 1 and I would be the kart. Short and simple.”

Benzema scored 27 goals in 81 games for France but has not represented his country since 2015. 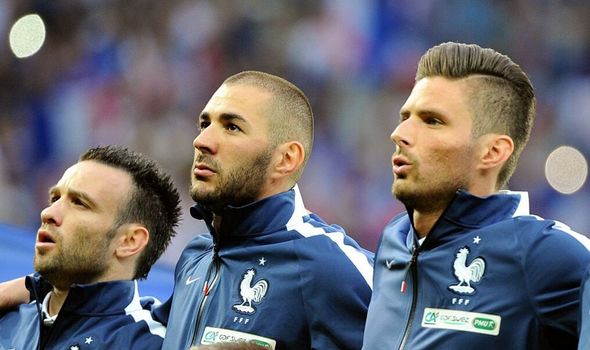 The 32-year-old was dropped by manager Didier Deschamps after being placed under formal investigation in connection with a sex tape blackmail plot involving a team-mate.

Meanwhile, Giroud is third on France’s all-time top scorers list with 39 goals in 97 appearances and only trails behind Thierry Henry and Michel Platini.

The veteran striker is out of contract at Stamford Bridge this summer, although he has expressed a desire to stay at the club next season.

Giroud was close to leaving in January after agreeing personal terms with Inter Milan, only for Chelsea to pull the plug when they couldn’t secure a replacement.

And that decision provided wise with Giroud proving an able deputy after Tammy Abraham suffered a nasty ankle injury in February, scoring twice in a run of six consecutive appearances.

But it remains to be seen whether he has done enough to earn an extension, with the Blues putting all negotiations on hold during the ongoing coronavirus crisis.