Bernd Leno admits Arsenal need to ‘step up’ if they are to harbour any realistic ambitions of winning the Europa League this season.

The Gunners made it into the quarter-finals on Thursday night, despite losing 1-0 at home to 10-man Olympiacos.

Holding a 3-1 lead from the first leg in Greece, Arsenal were not at the races and missed a number of fine chances to put the tie to bed as Youssef El-Arabi’s goal gave the visitors hope of causing an upset. 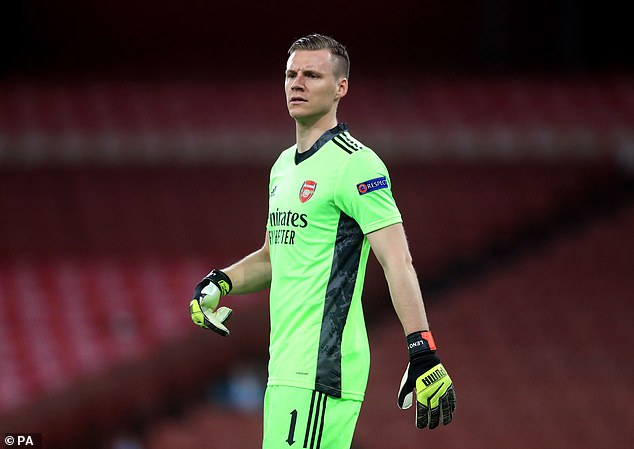 Mikel Arteta’s side ultimately progressed, although the Spaniard said performances would need to improve in later rounds.

And Leno echoed the sentiments of his boss as Arsenal look to win the competition and secure a return to Champions League football as a result.

‘We need to be 100 per cent every game,’ the Germany goalkeeper told Arsenal website. ‘If we play like today then we won’t reach anything this season.

‘The Europa League is very important for us – this is probably the closest way to go to the Champions League and also to win a big European trophy so we need to step up. 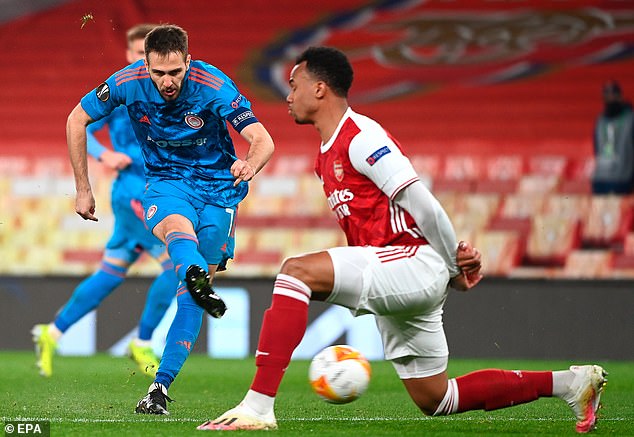 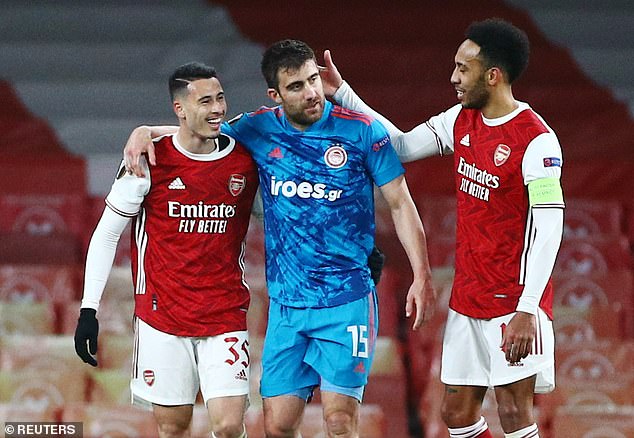 ‘We need to have the motivation to win every game, cut out the easy mistakes and go through to the final and hopefully have a big final at the end of the season.’

Leno wants the squad to take the Olympiacos performance as a ‘warning’ for the remainder of the campaign as Arsenal prepare to return to Premier League action away to London rivals West Ham on Sunday.

‘I think we suffered and it was not necessary,’ he added.

‘I think in the first 15 or 20 minutes we controlled the game, but then we’ve made too many easy mistakes and in the second half we conceded the goal and then everybody was nervous.

‘We made it hard for ourselves and, like I said, it was not necessary.

‘In the dressing room it was quiet because everybody knows that it was not a good performance from us. We cannot change it any more, but the positive thing is that it was a warning.’