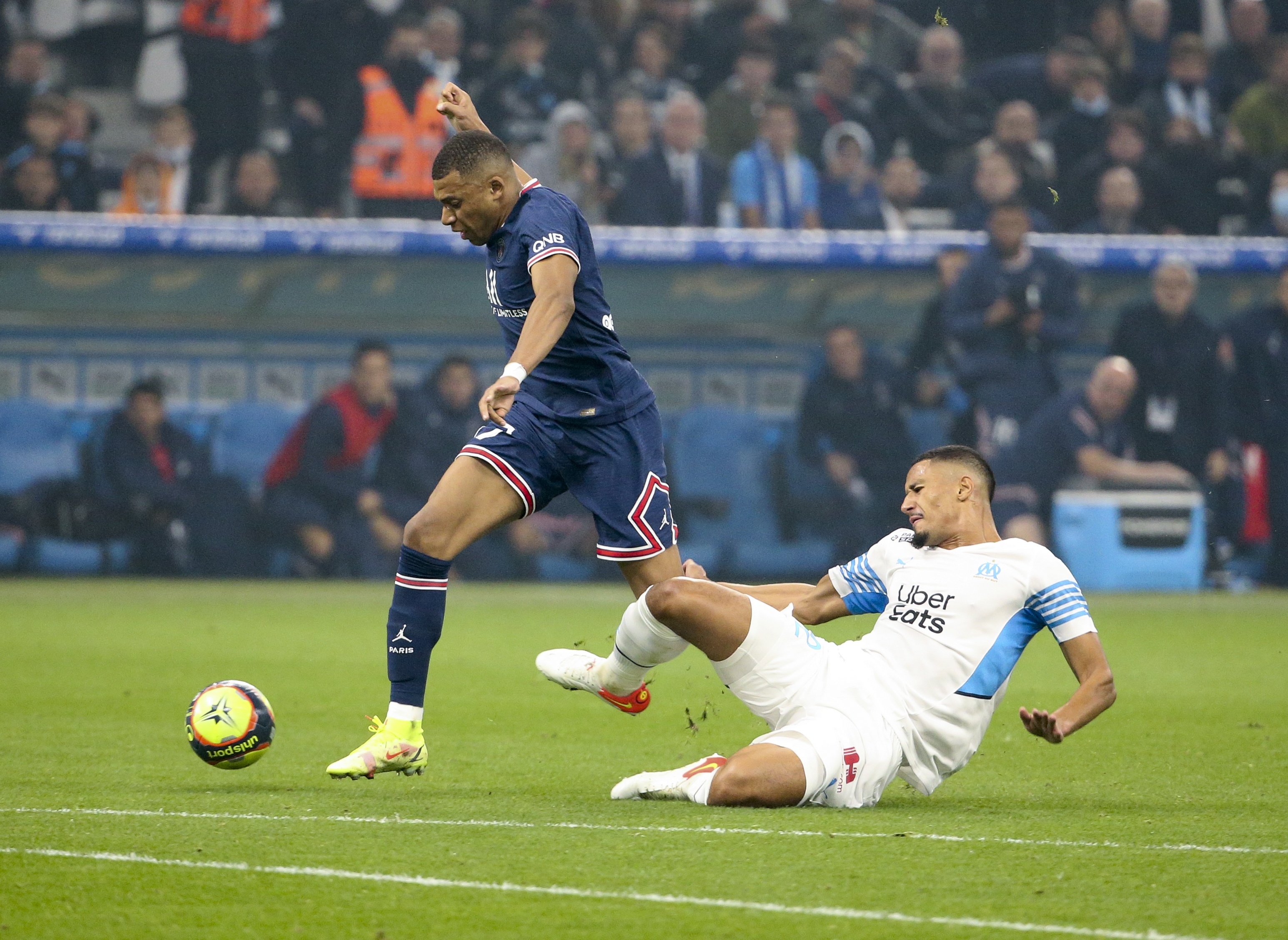 William Saliba was delighted with his individual performance as Marseille held ten-man Paris Saint-Germain to a goalless draw in Ligue 1, rating his display as the best of his career.

Arsenal signed Saliba from Saint-Etienne for a fee of £27million back in 2019, but the 20-year-old is still yet to make his first-team debut for the Gunners and joined Marseille on season-long loan in the summer.

Saliba will have been desperate to send Mikel Arteta a reminder of his quality this season and the young centre-back has done just that, earning rave reviews for his assured showings at the heart of Marseille’s defence.

The Frenchman faced arguably his toughest challenge yet as league leaders PSG, boasting a superstar front-three of Kylian Mbappe, Neymar and Lionel Messi, travelled to Marseille on Sunday evening.

But PSG’s Achraf Hakimi was shown a straight red card just before the hour-mark and the visitors came away from the Orange Velodrome frustrated, with Saliba producing a last-ditch challenge on Mbappe in the 83rd minute to keep the scoreline goalless.

‘I saw he made the call so I was like, “Either take the red or I take the ball”. I tackled the ball well so there you go,’ Saliba told reporters shortly after the final whistle.

‘It’s the best game of my career, playing a Classico at the Velodrome with this atmosphere.

‘Today we drew, it’s not that bad. We lacked a little efficiency, but from Wednesday we will try to bring all three points.’

‘They had the man sent off with 35 minutes left. At the start we had possession, then even with ten men they managed to gain some momentum,’ he went on.

‘Up top they have the best players in the world and we had to stay focused. Even with a man down they managed to keep the ball and attack.

‘The most important thing is that we didn’t concede a goal. Overall we had a good game.

‘We showed a great spirit, we fought until the end and that’s what we want here.’