Bodo/Glimt have urged their supporters not to wear Arsenal’s club colours when they turn up to watch their side take on the Gunners in the Europa League clash on Thursday.

The Norwegian side are due to play the Premier League leaders and as part of the game the national team’s captain Martin Odegaard is expected to play for the visitors.

There is an official Arsenal supporters club in Norway, who will be very excited to see Odegaard playing in his native country. 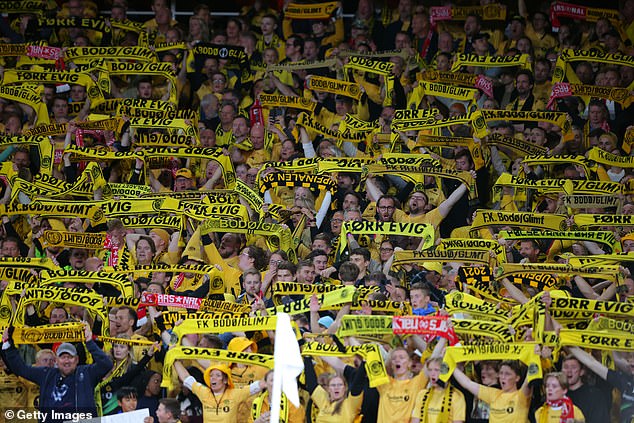 However, Bodo/Glimt have told fans attending the match at the Aspmyra Stadion that any ‘Arsenal effects’ will only be permitted in the away end and will be asked to be removed in the home end, although half-and-half scarfs will be allowed.

A club statement said: ‘There are many Arsenal supporters in Norway and many have both Glimt and Arsenal close to their hearts.

‘Therefore, we see it as appropriate to remind you that Arsenal effects are only allowed in the away end. 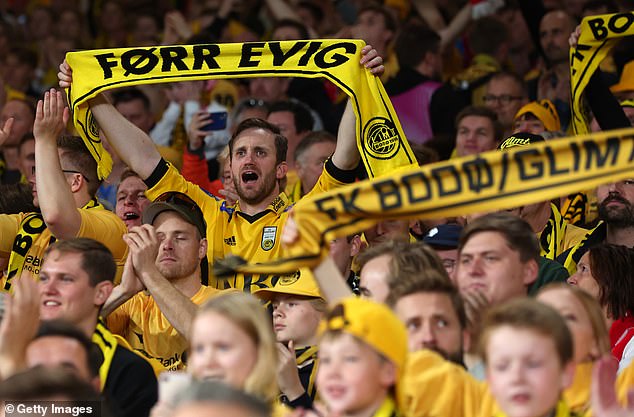 ‘This means that we will ask you to remove scarves, caps, t-shirts, jackets etcetera if these have the Arsenal logo or similar on them.

‘There will be some areas on the long sides where Arsenal are entitled to tickets. In these areas and from their guests, we will accept away effects. 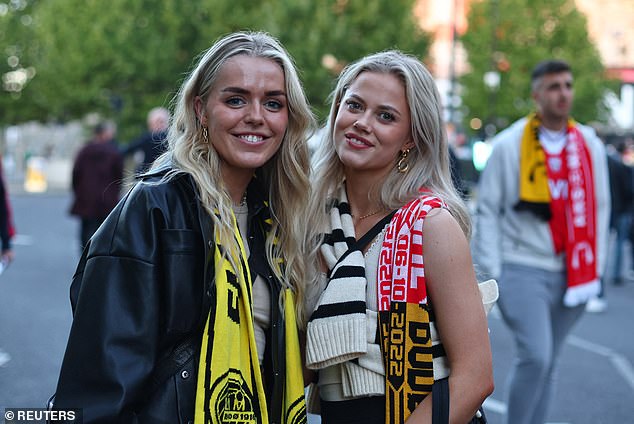 The Gunners are currently top of group A in the Europa League after winning their first two games against FC Zurich and Bodo/Glimt.

The Norwegian side have a good record of causing upsets at home, having beaten Jose Mourinho’s Serie A side Roma 2-1 and 6-1 in their matches last season in the Europa Conference League, despite losing the ties in Italy.

Mikel Arteta’s side have played a game less than their next opponents after their match against PSV Eindhoven was postponed due to the death of Queen Elizabeth II. 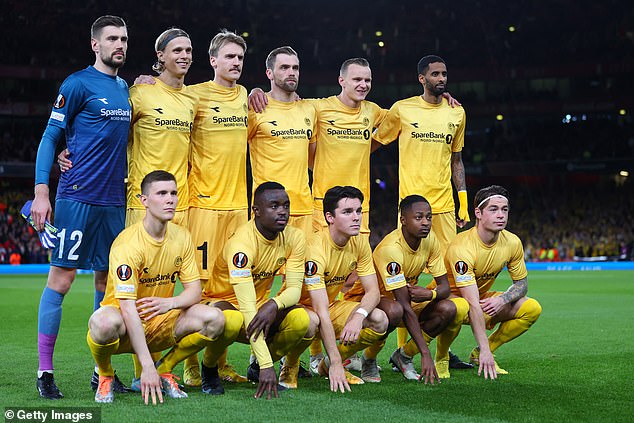 Bodo/Glimt are third in the Europa League group A having won one, drawn one and lost one