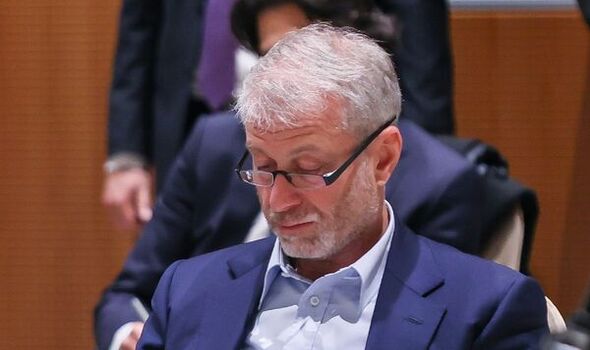 An insider from Boris Johnson’s Government believe Russian billionaire Roman Abramovich is willing to ‘let Chelsea go under’ if he does not agree a new sale structure in the foreseeable future. Abramovich’s tenure as owner of the Blues looked to be coming to an end after he was hit with sanctions following Russia’s invasion of Ukraine earlier this year.

But with just two weeks to go until the deadline for a sale, a deal has still not been agreed. It is thought Abramovich is holding out for a £1.6bn loan to be repaid – something which the Government are not willing to do.

And a Whitehall source told the Daily Telegraph: “There’s quite serious concern in Government that the deal may fall apart and that Roman Abramovich is ultimately willing to let Chelsea go under.”

A consortium involving American businessman Ted Boehly had agreed a £4.25bn takeover, and for a while it all looked plain sailing for Chelsea. But Abramovich’s unwillingness to co-operate with the loan means there are still issues to iron out.

The source added: “There’s alarm in Government about the gap between what Roman Abramovich has said he will do publicly and what he’s willing to commit to legally as part of the sale process.

“There are pressing deadlines this week, and if there isn’t a breakthrough, we’re quite concerned that the sale of Chelsea could be timed out by certain sporting deadlines.” If this were to happen, it could lead to the almost unthinkable scenario of Chelsea going bust, and thus being kicked out of the Football League.

Meanwhile Blues boss Thomas Tuchel said he has recently met the prospective new owner Boehly. “We had lunch together but it was in the room where everybody was, like players and staff,” he said. “He was very friendly, very open and it was a very informal meeting over lunch.

“It was like half-an-hour, 40 minutes so it was not too detailed. It was just to get a feeling and say hello, and we talked more about baseball and basketball actually. It was not the moment, we will do this next week, the next weeks.”