Borussia Dortmund sporting director Michael Zorc says they have already begun looking at possible alternatives should Jadon Sancho leave in the summer. Sancho has been heavily linked with a move to Manchester United after three impressive seasons in the Bundesliga.

The England international is eager to prove himself in English football having left Manchester City in 2017.

Dortmund’s valuation of Sancho is around £100million but reports suggest United are reluctant to pay more than £50m.

However, Zorc’s admission that they are putting together contingency plans in the event Sancho leaves may suggest there is room for negotiation on the fee.

He told German publication Kicker: “If Jadon left, we would do something again in the offensive area. 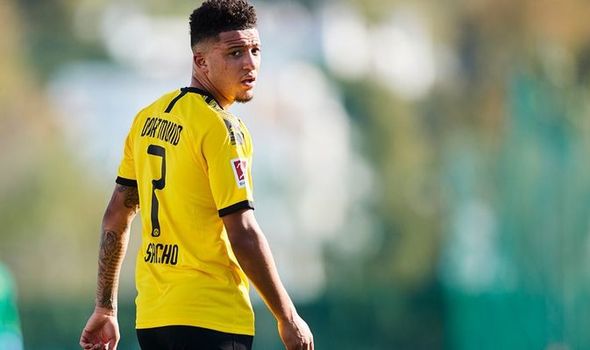 “There are certainly one or two players we are targeting.”

Sancho’s possible arrival would add another exciting player to an already fearsome attack.

In their last Premier League outing against Bournemouth, Bruno Fernandes, Marcus Rashford, Anthony Martial and Mason Greenwood all made contributions in a 5-2 win.

Greenwood, who scored a brace, is the player most likely to make away for Sancho. 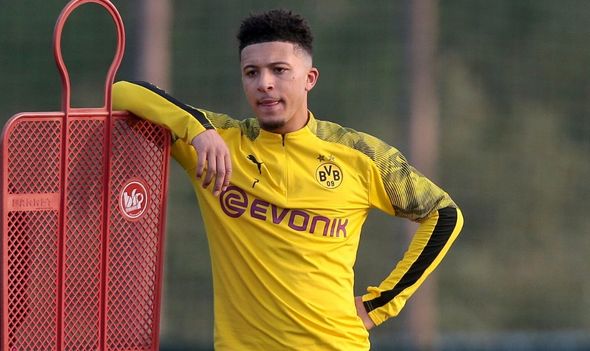 But ESPN pundit Steve Nicol says the teenage star will have sent a message to Ole Gunnar Solskjaer with his display.

“I was initially thinking with all this talk about Sancho coming to Manchester United, the obvious person to drop out would be Greenwood,” Nicol told ESPN FC.

“He made a big statement today saying, ‘You know what, Sancho’s coming? I’m not dropping out. It’s going to have to be somebody else.’

“If he keeps performing the way he did today, keeps scoring goals whether it’s on his left side or on his right side, it’s going to be tough for Ole Gunnar Solskjaer to turn round and say: ‘You’re not playing, I’m playing somebody else’.”

“It was a huge statement from him today, as it was from United’s attacking force, everybody contributing, everybody’s movement, shots at goal, goals, you name it. Going forward it was good to watch.

“Right now, the front three are pretty sensational and right now look as though they’re unstoppable.

“If Sancho coming in, which we expect him to do, takes it up another notch then my goodness, teams better batten down the hatches when they play United.”