Borussia Dortmund had to come from behind to rescue a 1-1 draw against struggling Mainz 05 on Saturday that kept them in fourth place in the Bundesliga title race, four points off the top.

Dortmund, who missed a late penalty, did everything right in the first half but somehow failed to score, with Jude Bellingham also hitting the woodwork.

Mainz struck with their first chance after the break as Levin Oztunali picked up the ball in midfield, charged towards the Dortmund goal, beat one defender and then released an unstoppable left-footed missile from 25 metres out.

Mainz then hit the post a little later before Thomas Meunier levelled in the 73rd minute with his first goal for the club. Marco Reus then failed to put Dortmund in the driving seat, firing his penalty wide a minute later before Mainz hit the post again in an exciting finale.

Meanwhile, RB Leipzig missed the chance to go top of the Bundesliga after drawing 2-2 at VfL Wolfsburg on Saturday to stay a point behind leaders Bayern Munich. 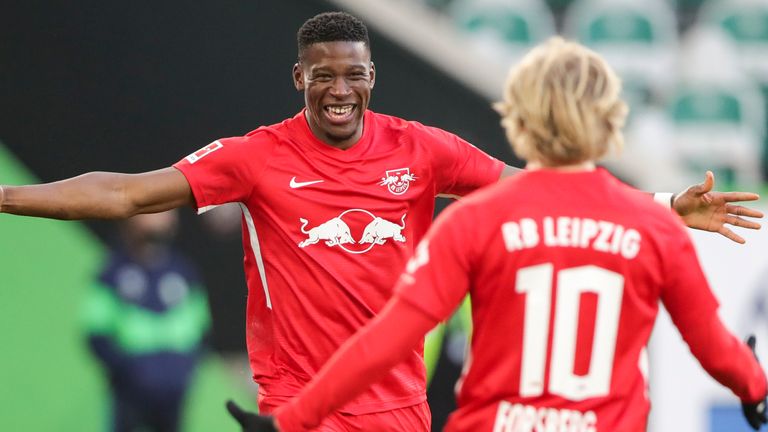 Nordi Mukiele put the visitors, who were looking to bounce back from last week’s defeat to Borussia Dortmund, ahead after five minutes but Wout Weghorst headed in the equaliser in the 22nd for his 11th goal of the campaign.

Renato Steffen’s shot from 18 yards then took a deflection off Leipzig’s Willi Orban to put the Wolves in front in the 35th minute.

Orban, however, made amends and rescued a point for his team nine minutes after the restart, tapping in after ‘keeper Koen Casteels had saved an Amadou Haidara effort.

Leipzig are on 32 points, with Bayern, in action against Freiburg on Sunday, on 33.