It takes a confident set of supporters to be singing ‘we’re on our way to the Premier League’ before October is even out.

But in the case of Bournemouth, such brimming confidence is not at all misplaced.

As they moved six points clear at the top of the Championship with an emphatic win over a Huddersfield side who started the afternoon sitting sixth, it was very easy to understand the optimism.

Scott Parker took Fulham up into the Premier League playing a brand of football that saw opponents swamped by flying wingers, expressive football and greed when it comes to possession. 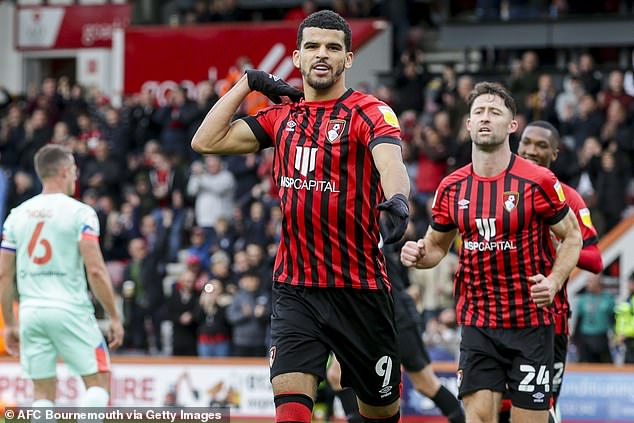 Now that template is being replicated on the south coast and the Cherries already look very much the team to catch as they went a 14th match unbeaten – equalling a club record from the start of a season.

Fulham had Aleksandar Mitrovic thriving at this level, Bournemouth have Dominic Solanke and he moved into double figures for the campaign with two first-half strikes before captain Lloyd Kelly wrapped things up.

Not that it’s all about the attackers, this was also an eighth clean sheet in the league for Bournemouth, who marry flair with fortitude. 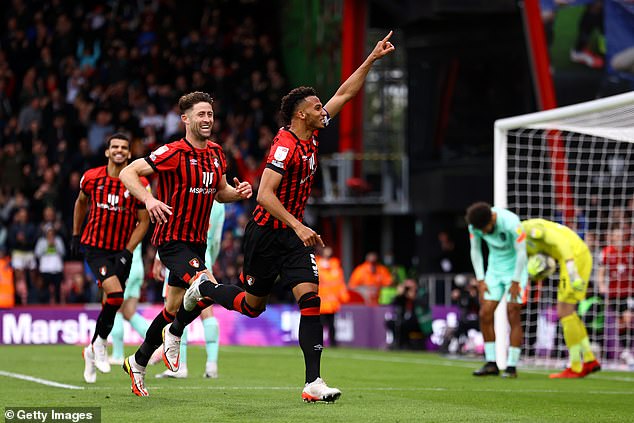 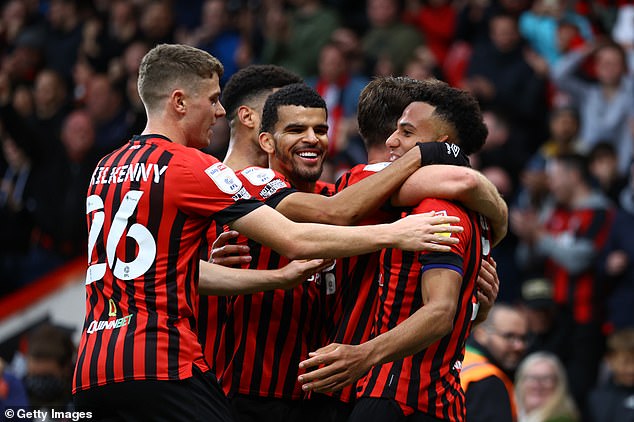 Huddersfield have clearly improved this season and came into this off the back of a four-game unbeaten run as they look to build a promotion challenge few saw coming. But they were simply outclassed.

Bournemouth started with the great purpose, setting a high tempo and giving Huddersfield no time on the ball. Yet the hosts could easily have trailed early on.

Gary Cahill slipped over while on the ball about 40 yards from his own goal, Fraizer Campbell stole it and was clear on goal. But the 34-year-old just didn’t have the pace and a combination of Cahill, quickly back on his feet, and Kelly defused the danger.

It was a poignant afternoon in the wake of Cherries midfielder David Brooks being diagnosed with Stage Two Hodgkin Lymphoma last week.

Video messages of support for the Welshman in his cancer treatment were played on the big screens ahead of kick-off and in the seventh minute – that being his squad number – the whole ground rose to sing his name.

It was an emotional moment and, as if by magic during all this, Solanke was clipped by Ollie Turton in the box for a penalty. Solanke rarely lets Bournemouth down and his penalty was composed and precise, sending Lee Nicholls the wrong way.

Bournemouth were boosted and they swarmed all over opponents pinned further and further back. Philip Billing was running the midfield against his old club, while their two wide men Ryan Christie and Jaidon Anthony were a constant threat.

From one Billing cross, Solanke came within inches of a second with a flicked header but his second of the afternoon came three minutes after that.

Christie chipped in a cross from the right side, Billing had ghosted in behind the defenders and he smartly nodded the ball down into Solanke’s path. Just onside, he controlled on the chest and finished from close range.

It was a sign of Bournemouth’s total control that even Cahill felt confident to take a pot shot from 35 yards. 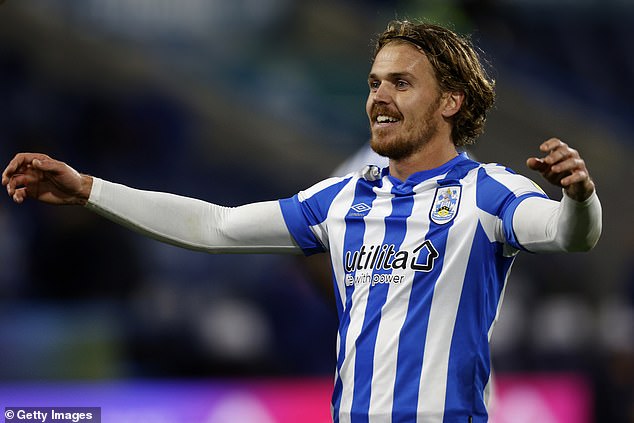 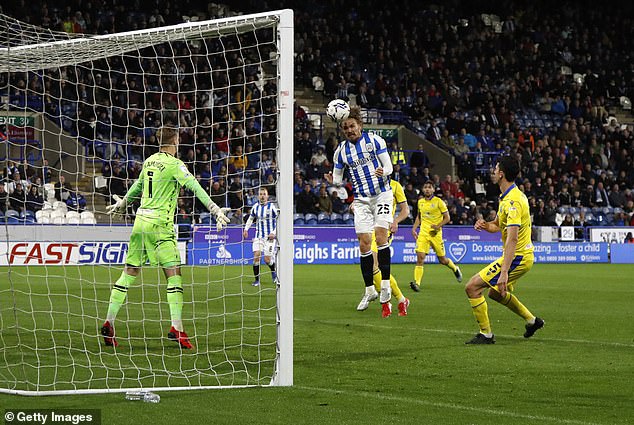 Huddersfield have started the season well but were struggling with the step up in quality of opponent here. Sorba Thomas curled over a free-kick from a decent position but that was about as good as it got before the break.

Within seconds of the restart, Christie had curled in a shot that Nicholls almost pushed straight into Solanke’s path.

The third became an inevitability and it arrived on 65 minutes. Bournemouth found more joy down the left, with Christie set into space near the byline to produce a dinked cross to Kelly at the back post. His volley found the net via Thomas stationed on the line.

Nothing at all was going Huddersfield’s way. When Josh Koroma marauded through the middle and took aim from distance, his shot cracked the underside of the bar and bounced on the line and out. Danny Ward, just on, nodded in but from an offside position.

But Bournemouth should have scored a fourth when Junior Stanislas blazed wide when it looked easier to score from 10 yards.

SFA to decide if Strachan is breaching dual interest rules