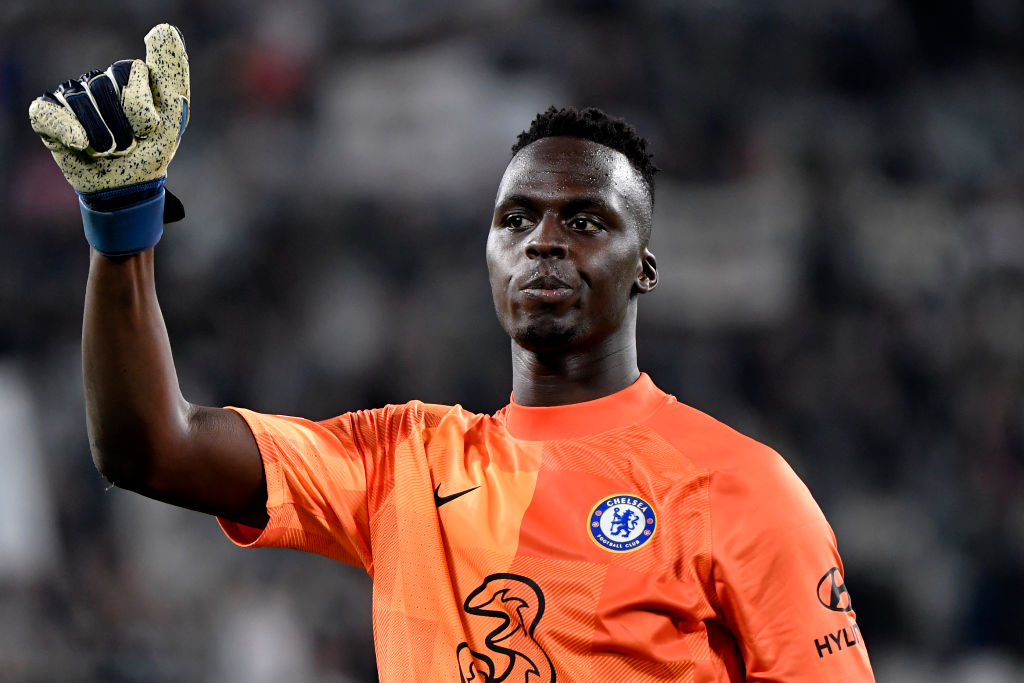 Mendy joined Chelsea from French club Rennes last summer and was an instrumental figure in Chelsea’s Champions League triumph during his first season in England.

The Senegal international has continued his fine form for Thomas Tuchel’s side into this season, conceding a Premier League low of three goals in six matches so far this term.

And former Premier League stopper Friedel believes he should now be considered as one of the best keeper’s in the world.

‘He [Mendy] is the best shot-stopper. He is also the most underrated right now – but then again he is still the most unknown at the start of his second season in England,’ he said.

‘While not many would have known much about him when he joined from Rennes, Mendy had 16 clean sheets last season from 31 league games.

‘And he played a massive role in Chelsea’s Champions League triumph, equalling the record of nine clean sheets in a campaign.

‘He has come in and really solidified the defensive structure under Thomas Tuchel. Chelsea look increasingly difficult to score against, they may have lost to Manchester City, but there is no shame in that.

‘Mendy also looks the most unflappable. There are not so many movements in his play, but it is always quick and explosive. He is sure-handed, commands his box and really fits in with Tuchel’s philosophy.’

Chelsea, who currently sit third in the Premier League table, will be looking to go back to top spot with a win over west London rivals Brentford on Saturday evening.