Home » Soccer » Brendan Rodgers addresses who will be Leicester's No.1 goalkeeper this season 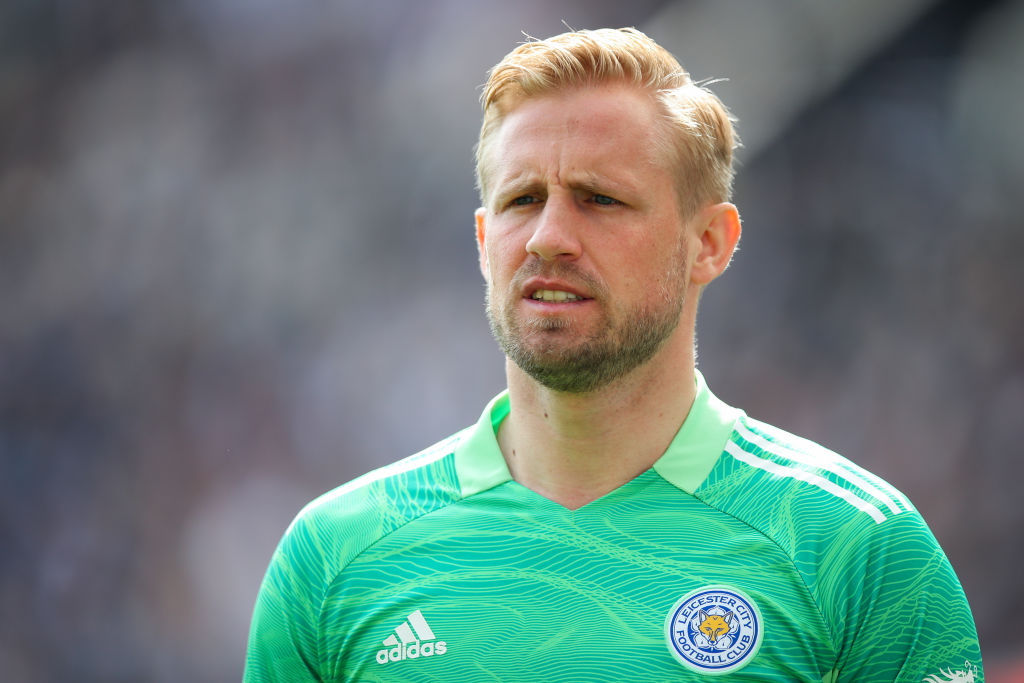 Brendan Rodgers has suggested that Danny Ward will take over as Leicester City’s No.1 goalkeeper once long-serving skipper Kasper Schmeichel has completed his move to Nice.

The Denmark international will have a medical with the Ligue 1 side in the coming hours, bringing an end to his 11-year stay at the King Power Stadium.

Leicester had been linked with signing a replacement and briefly pursued Arsenal’s Bernd Leno, though the German now looks set to join Fulham in an £8million deal imminently.

Instead, Rodgers appears content to stick with the options already at the club and has given his backing to Schmeichel’s No.2 Danny Ward to step up.

‘Danny Ward is an exceptional keeper,’ said Rodgers. ‘I’ve always said we’ve got a number one keeper there.

‘He’s had some issues around his knee but that looks to be behind him now, he’s been training well. He’s looked good. If Kasper is to go, he’s a big possibility for us.’

Daniel Iversen, who spent the last season and a half on loan at Preston, has also featured in pre-season but Rodgers appears to favour Ward over the Dane.

He continued: ‘Daniel Iversen has been out on loan and shown he’s a very competent goalkeeper. At 25 years of age, he’s got experience, so he’s here. I think we would still need to bring in another one as a back-up. I’d be happy with that.

‘I worked with Danny and I knew his talent from Liverpool. He’s been really unfortunate here in that Kasper has never been injured. He’s been a really loyal and supportive number two.

‘It’s a what-if scenario so if Kasper was to move on, we saw him [Ward] against Watford, how he comes for crosses, how he takes the ball. He can deal with the ball at his feet.

‘He was an international keeper with Wales until he picked up a little knock so I’ve got every confidence in him to go in and do a great job.

‘Daniel Iversen is there as well. We saw on Sunday night he’s a fantastic shot stopper. He’s improved so much with his feet since I first came in.

‘That’s the job, you come in here year on year and you want to improve and develop the ones you have. It’s just about opportunity. I think from a goalkeeping perspective, we know where we’re going and we’ll hopefully this week sort that out.’