Sacked in the morning. That was the cry from the Southampton fans, aimed at their own manager Ralph Hasenhuttl as their dire form continued with a crushing 3-0 defeat by Brentford in west London.

Thomas Frank’s side scored twice in the space 61 first-half seconds to set themselves on the way to victory – one that makes them all-but mathematically safe after moving nine points clear of Burnley. Both sides have just three left to play.

For the Saints, safety is still no formality. They’ve long looked like a side ready for the curtain to come down on this campaign. Since the end of February Hasenhuttl’s men had picked up just five points from a possible 27. That’s now five in 30. Their stunning success over Arsenal last month is looking more and more vital with each passing game. 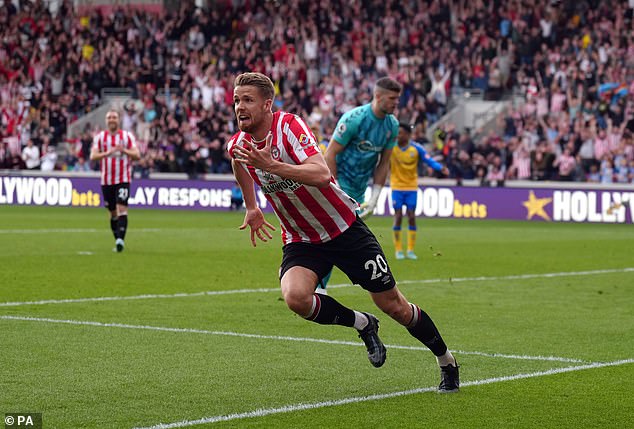 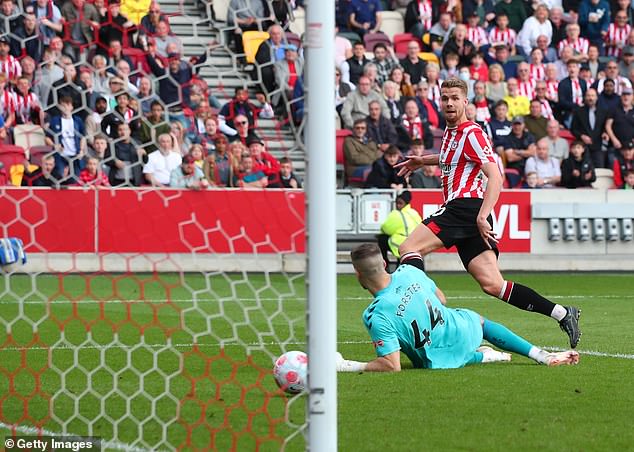 Here they were undone by a Brentford display that once again owed much of its brilliance to the ingenuity of Christian Eriksen.

Offered the freedom of the freedom to dictate play from his deep-lying role, the Dane duly obliged, having a hand in both goals while also slicing the Saints defence open time and again with his incisive vision on the ball.

It was his corner that picked out the chest of Ivan Toney for the first goal, the striker able to take the ball down and flash a cross along the face of goal that Pontus Jansson tucked home.

And it was the 30-year-old’s dangerous run that was unceremoniously ended by Mohammed Salisu a matter of seconds later, only for Yoane Wissa to pick up the pieces and make the most of a brilliant use of the advantage by referee Michael Salisbury.

It also brought another clean sheet for the Bees – their fourth in succession at home. They look a side functioning at both ends. The same can hardly be said for their opponents. 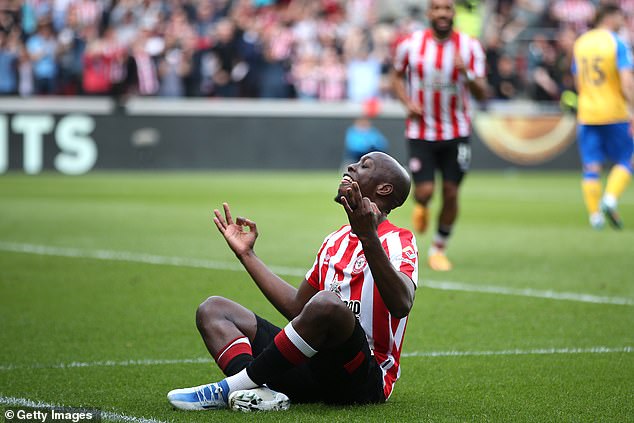 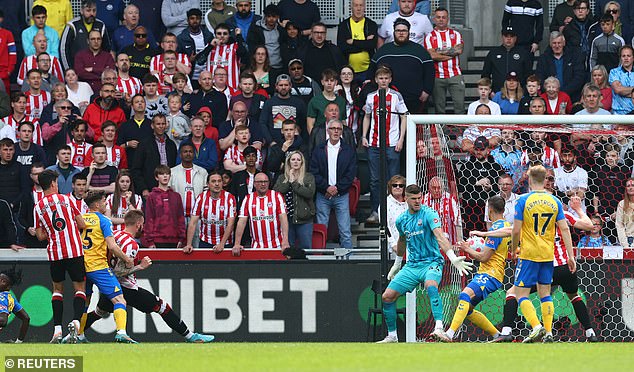 The afternoon had actually started brightly the Saints. Brentford keeper David Raya was almost caught out in the third minute by Armando Broja as the Brentford goalkeeper misjudged the amount of time he had to deal with the Albania international’s quick press.

A minute later they carved out the first meaningful chance of the game.

Romain Perraud was slipped in down the left by Nathan Redmond, but after cutting back onto his right foot to create the space he could only fire wide at the front post.

From there it was the hosts’ turn to apply some pressure. Bryan Mbeumo sent Rico Henry scampering to the byline on the left flank. His low ball flashed across the six-yard box but was missed by Wissa and couldn’t be bundled home by midfielder Mathias Jensen at the back post.

Like he has done for most of this season, Toney made his presence felt up top, giving Jan Bednarek and Mohammed Salisu an afternoon to forget. His flick on, set up Wissa, who battled inside Salisu but failed to get any real purchase behind his right-footed attempt.

Season at a glance 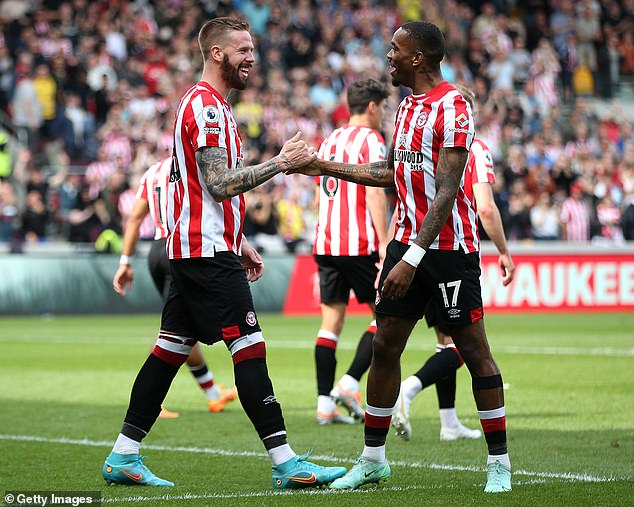 It wasn’t long until the pressure told. On 13 minutes, Toney was allowed to chest down Eriksen’s corner. He muscled his way to the byline and sent the ball back across the face of goal where Jansson’s protruding boot directed the ball beyond Forster.

Within seconds it was two. Eriksen picked up Wissa’s flicked on and made a beeline for goal. The midfielder was scythed down by Salisu, but his quick thinking team-mate had followed his own flick and seized on the loose ball, driving to the edge of the area before slotting right-footed into the right-hand corner.

The DR Congo international could have had more, and missed a glorious chance for his second. Erisken’s free kick was volleyed back across goal by Toney but Wissa somehow contrived to steer his effort from underneath the crossbar into the stand, the pressure from Stuart Armstrong doing enough to put him off.

Southampton were in desperate need of a response of some kind and thought they had found one in the 44th minute. Ibrahima Diallo’s interception ricocheted back into the path of Adam Armstrong after Eriksen attempted to clear. The striker buried the ball well beyond Raya, only to turn and see the linesman’s flag hoisted. VAR confirmed the smart spot from the official.

The Saints continued their search for a way back into the game at the beginning of the second half. Wissa’s challenge midway inside his own half spilled back into his own box, but neither Broja nor Adam Armstrong could take advantage of David Raya’s air-kick.

In the 75th minute James Ward-Prowse saw his free-kick nick the wall and spin over.

But with a little over ten minutes remaining the points were sealed. Christian Norgaard slipped a pass into the feet of Kristoffer Ajer, who slipped the attention of three yellow jerseys inside the box to wriggle to the edge of the six-yard box, before slotting between the legs of Forster.

By the end Saints fans had turned on their own boss, serenading Hasenhuttl with cries of ‘sacked in the morning’. It’s clear they’ve had enough. Judging on some of the performances from those in yellow, so have the players.