‘I don’t like people who cry about the referee but he had a VERY bad day’: Brighton boss Roberto de Zerbi FUMES at Thomas Bramall after being denied a penalty when Danny Welbeck was tripped by Luke Thomas – and claims ‘I don’t know if VAR was working’

Roberto De Zerbi was fuming at referee Thomas Bramall after Brighton were denied what looked a clear penalty in their 2-2 draw at Leicester.

Early in the second half and with the score 1-1, Danny Welbeck seemed to be tripped by Luke Thomas – only for referee Thomas Bramall and VAR Lee Mason to conclude no foul had been committed.

De Zerbi was booked for his protests and was none the wiser after the game. The Italian said: ‘If you want you can help me because I didn’t understand. There is VAR but I don’t know if it was working or not. 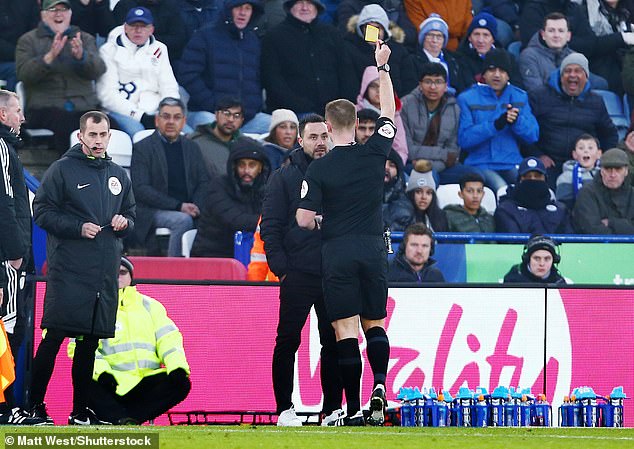 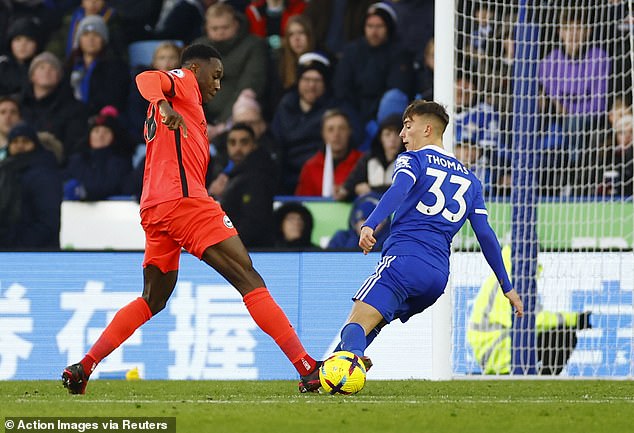 ‘I don’t like to speak about referees so much. I hate, I don’t like, the people who cry about the referee but today it is clearly a penalty. Today was a bad day for the referee, a very bad day.’

De Zerbi could at least take heart from the late strike from substitute Evan Ferguson, which earned Brighton a point that was the least they deserved. 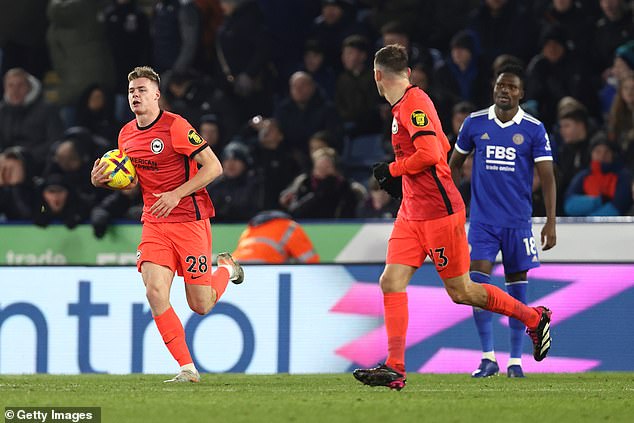 Leicester ended a run of four straight defeats but this result still leaves them in trouble, just one point above the relegation zone.

Manager Brendan Rodgers said: ‘The players fought right until the end but we gave away the ball three times in the build up to their second goal and we end up conceding a goal.

‘That’s why we need improvement in the squad to bring in players who are technically better.’