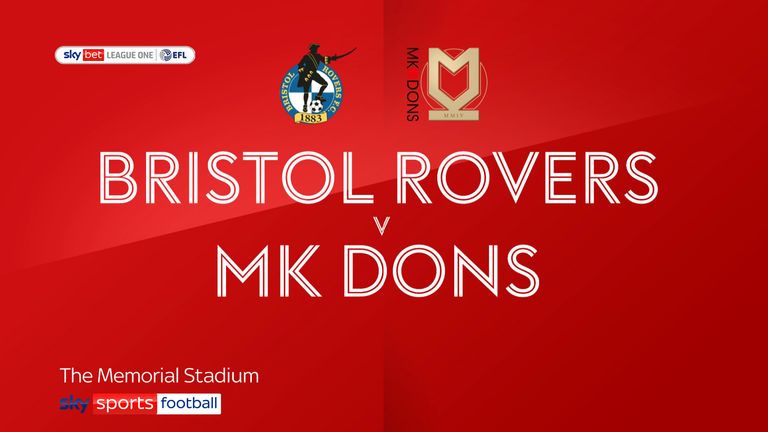 Will Grigg made one goal and scored the other as MK Dons pushed Bristol Rovers to the brink of relegation from League One with a 2-0 win at the Memorial Stadium.

The visitors took a 17th-minute lead when Rovers goalkeeper Anssi Jaakkola dived to his right to palm out Grigg’s low shot and Scott Fraser was on hand to net the rebound from eight yards.

Grigg doubled the advantage on the hour, shooting home from close range after a free-kick from the left into Rovers’ box led to wretched defending and a goalmouth scramble.

The home side’s night was summed up when Luke Leahy’s injury-time penalty was saved by Dons keeper Andy Fisher after Harry Darling brought down Luke McCormick.

Milton Keynes were the better side, Matthew Sorinola having an effort deflected wide and striking the crossbar with a fine dipping effort from the corner of the box.

Joey Barton made three half-time substitutions, but it made little difference and, with other results going against them, his side need to win their remaining three games to stand any chance of staying up.