‘It is a scary time… a lot could be lost to the game’: Bristol Rovers winger Alex Rodman fears up to 1,400 players face lengthy unemployment when their deals expire next month, with League One and Two seasons set to be scrapped

Bristol Rovers winger Alex Rodman believes up to 1,400 EFL players ‘could be lost to the game’ when their contracts expire at the end of June.

As Rovers’ PFA representative, the 33-year-old has been involved in a number of discussions over how to complete the League One season amid the coronavirus crisis.

It is expected that both the League One and League Two seasons will be cancelled this week, but Rodman believes a bigger issue will arise at the end of next month. 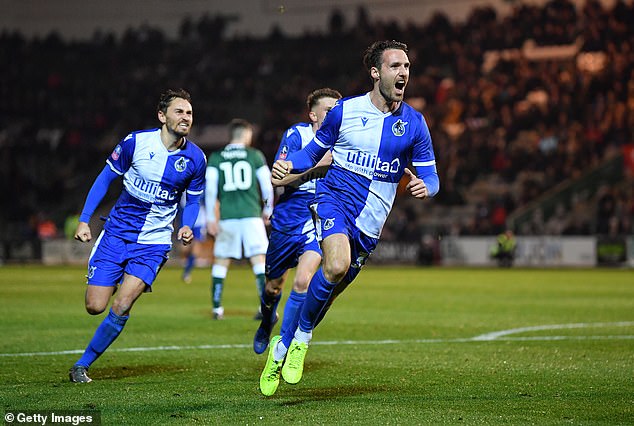 Bristol Rovers winger Alex Rodman fears up to 1,400 players could be without clubs come July

Around 1,400 Championship, League One and League Two players will be out of contract on June 30, with clubs currently unsure when football will resume or when fans will be permitted to attend games again.

Rodman fears that clubs will be unable to offer deals to free agents due to the financial uncertainty, potentially leaving vast numbers of players without a club and any income to support their families.

‘From June 30, I think there’s 1,400 players out of contract in the Championship, League One and League Two,’ he told BBC Radio 5 Live.

‘We look at the potential of having no fans until possibly Christmas, maybe even into 2021, and I think there’s a real threat that the new season will be delayed.

‘If that’s the case, with players running out of contract on June 30, I can’t see clubs offering new contracts in that period.

‘I don’t see how that works financially for players coming into the summer and clubs not knowing where their income is. 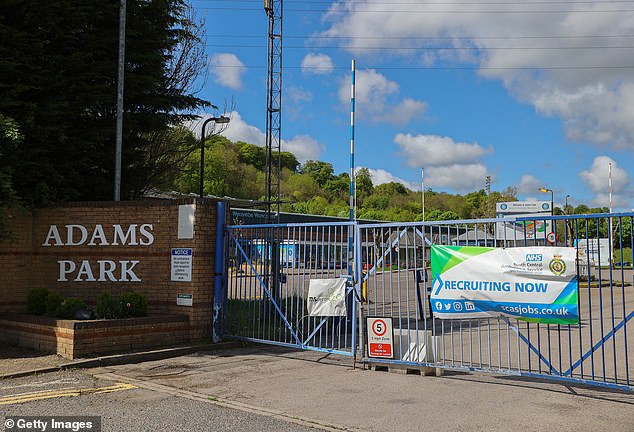 ‘Most clubs get a third of income from matchday revenue and if a club knows they aren’t getting fans through the door until potentially next year then I can’t see clubs offering contracts to players – it definitely won’t be the level of contracts they were offering before, and I don’t think they’ll be offering the same amount of contracts.

‘So it’s a very scary time for League One and League Two players.

‘They don’t have the buffer that some of the Premier League players do, financially, and they’re, as a lot of the players at Bristol Rovers have mentioned to me, probably caught between the proverbial rock and a hard place in a moral dilemma of whether to go back as you need to financially support your family and pay your mortgage, or do you stay at home to protect your family’s health and welfare?

‘It’s going to be a really tough position over the next few weeks and months, as everyone in the country is facing.

‘It’s certainly scary and I think the PFA have mentioned that 60 per cent more players have looked into educational support over the last two months, which sums up where everyone’s heads are at and how worried players are now. 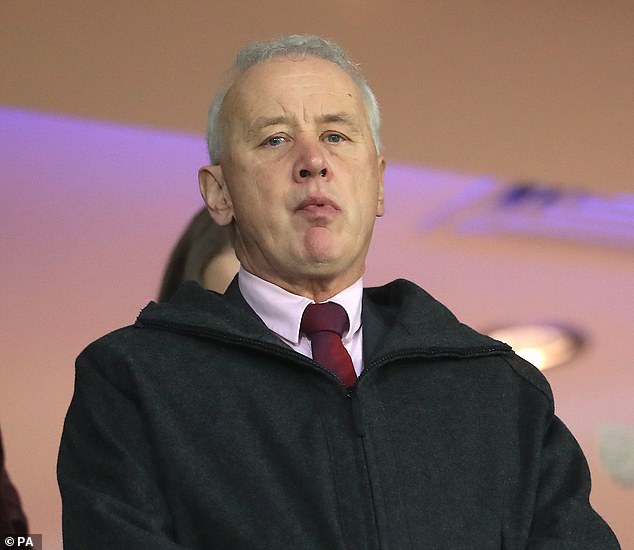 ‘Players, especially at League One and Two level, do rely on a paycheck every month.

‘I don’t think that could happen so it is a scary time – 1,400 is a lot of players and, as everyone in the country is finding, times are incredibly tough at the moment and that’s no different for footballers, especially at the lower levels.

‘A lot could be lost to the game, which would be a massive shame.

‘So, for me, I think the conversation about League One and League Two needs to move away from the season finishing and how we can combat the issue of players being out of contract for that long and whether clubs can do something with players to work together to fight that.

Danny Rose reveals he ‘would love’ to play for Tottenham again

UEFA postpone FFP's 'break-even' assessments until end of next season