‘I’ll never ever walk from a challenge’: Steve Bruce insists he won’t quit as pressure mounts on Newcastle boss after dismal defeat at bottom-of-the-table Sheffield United

Steve Bruce was left fuming after defeat at Premier League basement boys Sheffield United extended their winless streak to eight matches, but vowed to carry on as Newcastle manager.

The visitors were reduced to 10 men when Ryan Fraser was sent off just before half-time on Wednesday night.

And their misery was compounded when referee Andy Madley awarded a penalty after being advised to visit the VAR review monitor and deemed Federico Fernandez had handled in the box and Billy Sharp scored from the spot. 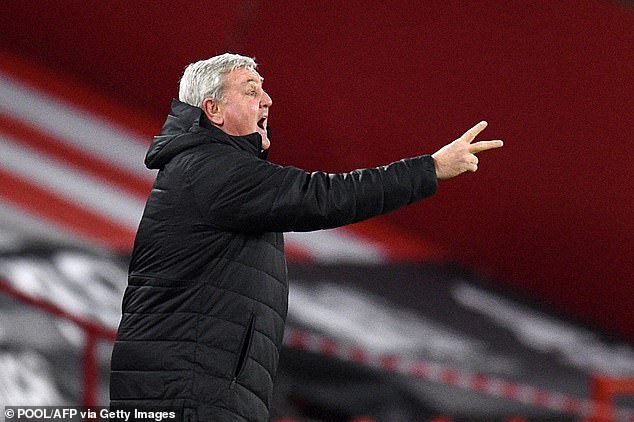 ‘The first half was arguably as poor as we’ve played for a long time, there’s no disputing that,’ said Bruce.

‘I’m bitterly disappointed that we haven’t played well enough, especially in the first half. I’ll never ever walk from a challenge, and I think I’ve been it long enough to have that respect.

‘I understand that, especially watching the first half, we weren’t good enough, and at the end of the day, I take responsibility for that, because I pick the team.’ 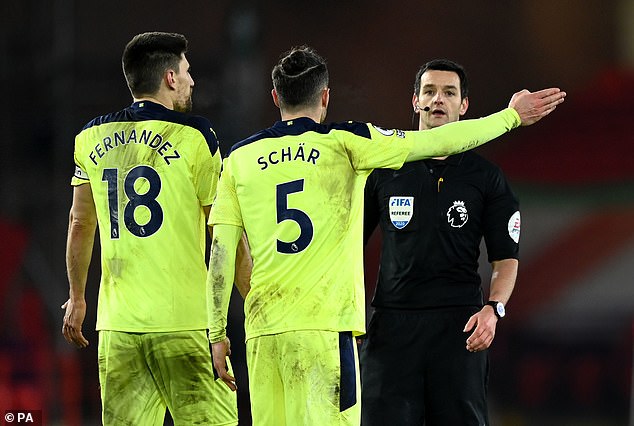 Bruce disputed the awarding of the penalty which won the match. A long ball forward was contested between Sharp and Federico Fernandez in the box, with the Blades striker going down under the challenge. There was also a suggestion the ball hit the arm of the Newcastle defender.

Referee Madley awarded the spot-kick after consulting VAR and Sharp made no mistake from 12 yards.

Bruce said: ‘I think the two yellows for Ryan I agree with but I can’t see the penalty at all. I’ve looked back at it four or five times and the referee made the right decision to start with.

‘Arguably it is a foul on Feddy (Federico Fernandez) with his shirt being pulled, but if that’s an intentional handball we may a well wrap up the whole VAR thing and go home.’ 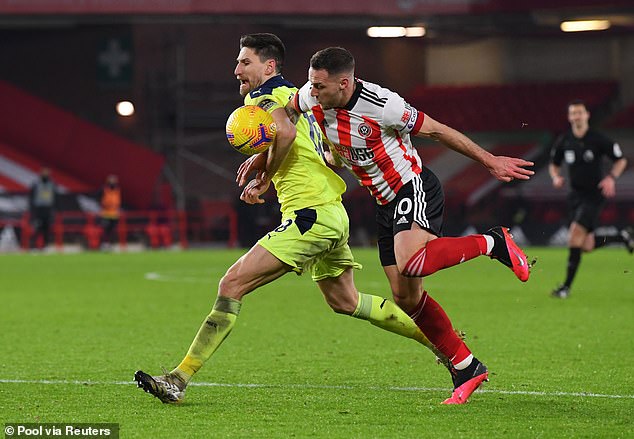 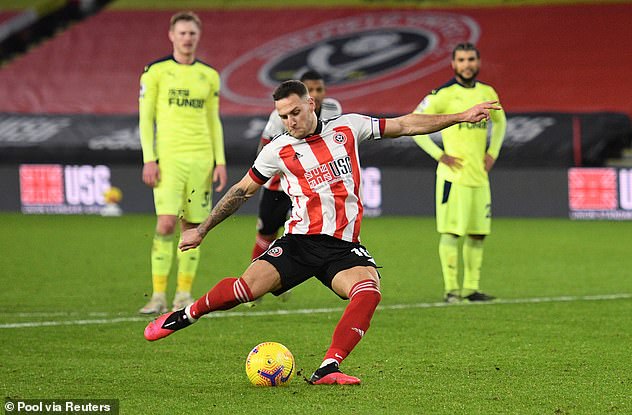