The gloves were off, as Steve Bruce promised, but the Newcastle boss got his fingers burnt.

‘I’m going to do it my way now,’ he declared after fierce criticism in the wake of last week’s 1-0 defeat at Sheffield United.

After 18 months in the job, it felt like a plea for clemency from the death-row inmate, and begged the question: who has been picking the team and formation? 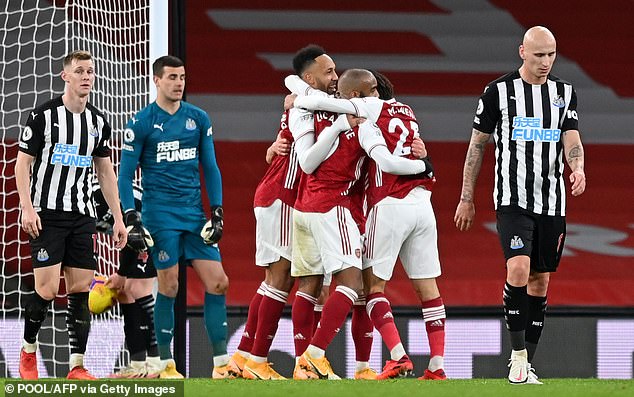 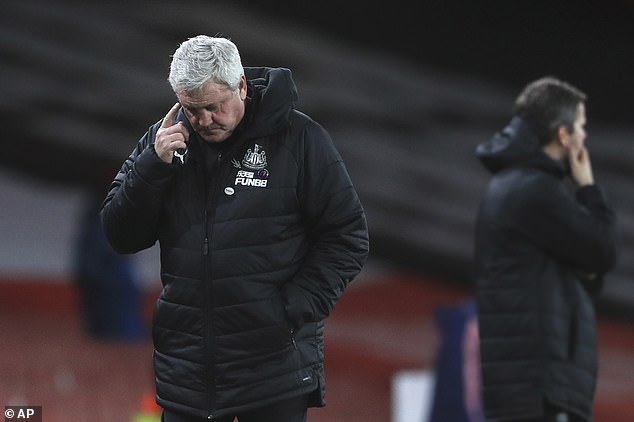 With it came a tactic Bruce has employed before, accusing his players of ‘throwing in a hand grenade’. But the head coach pulled the pin himself when he then called their efforts ‘absolute s***e’ and ‘fr****** hopeless’.

So this was the big Brucie reboot, a new system and eight changes to the starting line-up for the first time in Newcastle’s Premier League history.

We knew what was coming: 4-4-flaming-2, or words to that effect, with Andy Carroll and Callum Wilson paired in attack.

But come half-time the new approach was very much resemblant of the old one – one shot off target and 33 per cent possession. At least Wilson had someone to talk to this time. 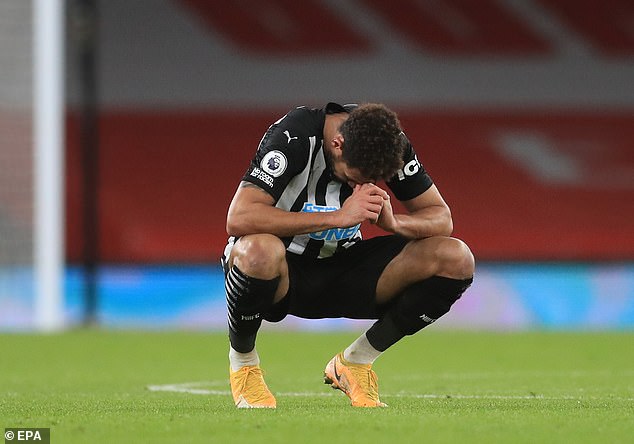 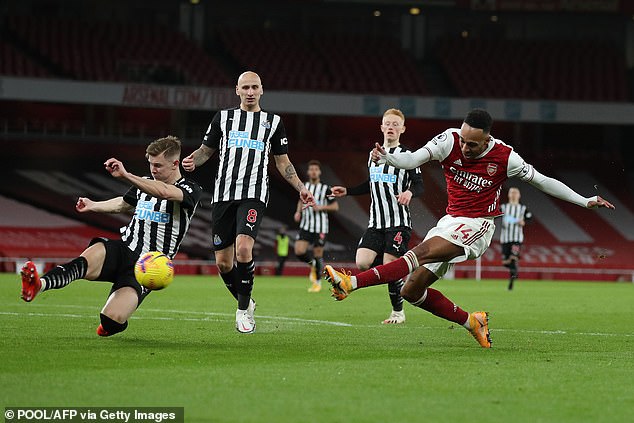 In fairness, there was an improvement in organisation and effort during that opening period. But that is how low the bar has slipped – you’re affording them praise for trying their best.

Bruce said in the minutes before kick-off, ‘I’m convinced we’ll get a reaction, we have done in the past’.

But he was wrong this time. His tactics left them brutally exposed on the break and Arsenal, to no-one’s surprise, scored twice on the counter early in the second half to win the game.

With one goal in 11 hours, Newcastle were hardly going to score two in 30 minutes. Arsenal soon added a third. 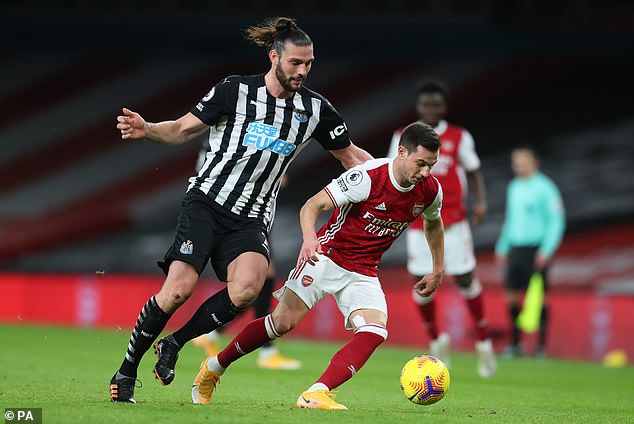 And so the body language of Newcastle’s players began to reveal the answer to the question Bruce said he could not answer this week – has he lost the dressing-room?

They did not chuck the towel in, but nor were they throwing any punches. The gloves were off but their hands were tied. And how unhappy they all looked as they suffered another battering.

Bruce will need to come up with a fresh plan ahead of the second match of his new era at Aston Villa this weekend.

Either that or go back to whoever has been picking the team for the past 18 months.