Bruno Fernandes’ agent Miguel Pinho was in Manchester to watch the 1-1 draw against Fulham. Manchester United have several issues coming up ahead of the transfer window this summer.

Fernandes is central to one of the big issues at United this summer with his agent Pinho in town.

The Red Devils star has had a fine season and is one of the frontrunners to win the PFA Player of the Year.

He has helped Ole Gunnar Solskjaer’s men to a second-place finish in the Premier League after playing every game this season ahead of the final match against Wolves.

The 26-year-old has scored 28 times in all competitions as well as creating 17 assists in a total of 57 matches. 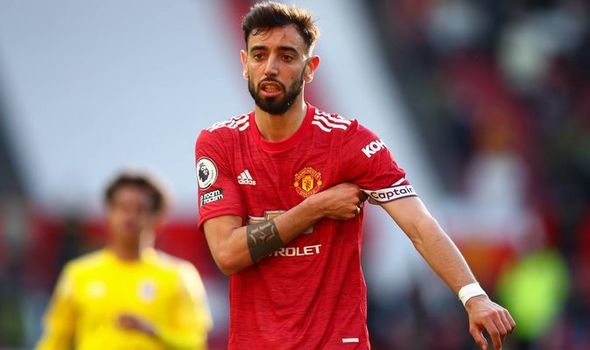 And his agent, Pinho, was in Manchester this week to discuss two issues, according to Record, via Sport Witness.

The first was to discuss a new contract for his client after his fantastic season in the Premier League.

United are willing to reward the former Sporting Lisbon star after the impact he has had since moving in January 2020.

When he joined, Fernandes agreed a five-year contract but after 40 goals and 25 assists in 79 appearances, he is in line for an extension.

Solskjaer is a huge fan of the midfielder and the feeling is mutual after he revealed his admiration for the Red Devils coach.

Fernandes said last month: “For every player in the team, he [Solskjaer] is influential.

“At the beginning he was important because he told me to express myself, don’t be afraid to do what I was doing at Sporting and to be myself, and that is really important for a player to feel that confidence from the coach.”

The second reason Pinho was at Old Trafford during their 1-1 draw against Fulham was to enter talks over a potential move for Nuno Mendes. 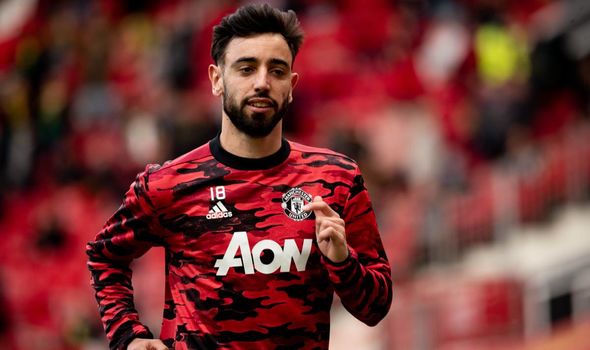 The Sporting left-back is one of the biggest prospects in Europe and has been linked with a transfer to United.

Contact has been made with the 18-year-old, who is represented by Pinho, but they will have to fork out £52m.

That is how much the teenager’s release clause stands at – though Sporting are looking to increase that to £68m.