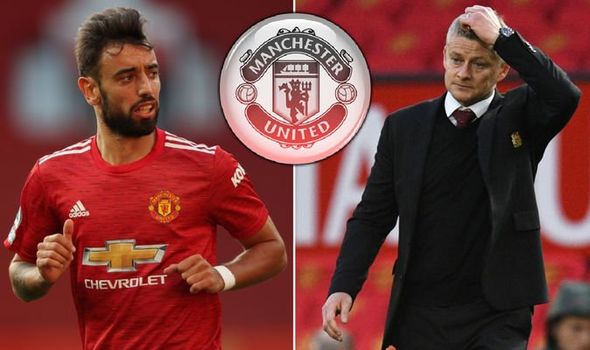 Bruno Fernandes is perfectly happy at Manchester United and has no issues with either the club’s board or Ole Gunnar Solskjaer despite claims, says Fabrizio Romano.

Speaking on the Transfer Window Podcast, Duncan Castles alleged that Fernandes had lost faith in Solskjaer following the Red Devils’ 6-1 hammering at the hands of Tottenham before the international break.

United have lost two of their first three Premier League matches and only won at Brighton by the skin of their teeth.

Fernandes was substituted off at half-time of the embarrassing Old Trafford loss to Spurs after Anthony Martial was sent off.

And Castles declared: “What I’m hearing, and this is coming from a source very close to the player, is that Fernandes’ opinion of Solskjaer is similar to that of other senior members of the team. 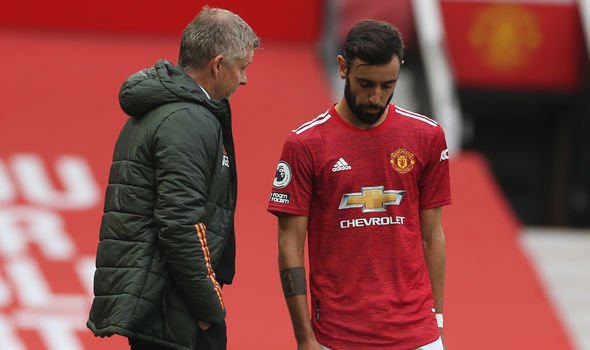 “He doesn’t feel like [Solskjaer] is strong enough to manage the squad and he doesn’t have the capabilities to push the players they have forward in the direction they should go.

Castles also claimed that the Portugal playmaker, who signed in January in a deal worth up to £68million, is upset with United’s hierarchy.

He added: “On top of that, I understand Fernandes is angry with the club because what they did in the summer does not cohere with his expectations of what would happen when he arrived.

“They haven’t, in his view, signed players required to improve what is obviously a substandard squad to the level where they can fight for titles against Manchester City, Liverpool and Europe in the Champions League.”

But talking on his Here We Go podcast, Romano declared the opposite and insists Fernandes has no problems with his manager or the club’s top brass.

Romano said: “There were strong rumours. It’s complicated when you lose a match as they did against Tottenham, it was really terrible.

“Having some rumours like this about your top player, at the moment Bruno Fernandes is the best player with [Marcus] Rashford at Manchester United, and WhatsApp and that there were many rumours.

“There is no problem at the moment between Solskjaer and Bruno Fernandes or between Bruno and the club. They don’t want to spread any rumours in a negative way.

“Obviously United are in a complicated moment on the pitch and off the pitch because of the situation in the transfer market was not perfect this summer.

“But Bruno is not going to create any problems to Manchester United, he’s happy, he’s focused on the pitch, he wants to win, he wants to back at this level with the club.

“Don’t consider any negative rumours between Bruno Fernandes and Manchester United because he is absolutely happy, he has no problems.

“Obviously he’s disappointed with what’s happening on the pitch as every player at United is. He’s not creating any problems. Don’t worry about the situation with Bruno.”

Despite Romano’s comments, pressure is rising on Solskjaer – at least from the outside – following a poor start to the campaign. 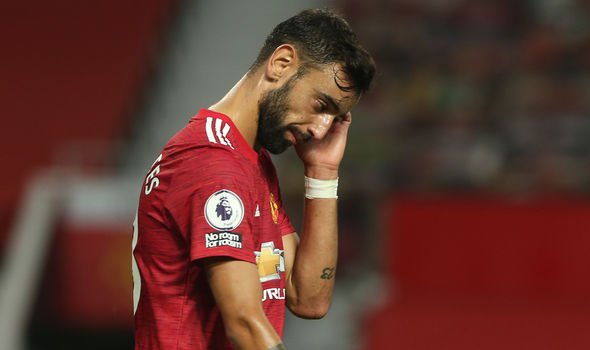 United trail first-placed Everton by nine points despite having played one game less than the Toffees despite hopes they would compete for the title this term.

Under Solskjaer last term, United finished third but were 33 points off champions Liverpool and lost at the semi-final stage of the Carabao Cup, FA Cup and Europa League.

Mauricio Pochettino, a free agent since being sacked by Tottenham last November, is the main candidate to replace Solskjaer if he does love his job at some point this season.