Bruno Fernandes marked the first anniversary of his arrival at Manchester United by telling the fans he hopes to be at Old Trafford for many years to come.

The Portugal international signed last January from Sporting CP for £47million and has been a revelation ever since.

In 53 appearances in all competitions, he has scored 28 goals and provided 18 assists – a total goal involvement that tops any other player in the Premier League and is bettered by only Lionel Messi, Cristiano Ronaldo, and Robert Lewandowski in Europe’s top five leagues over the past 12 months. 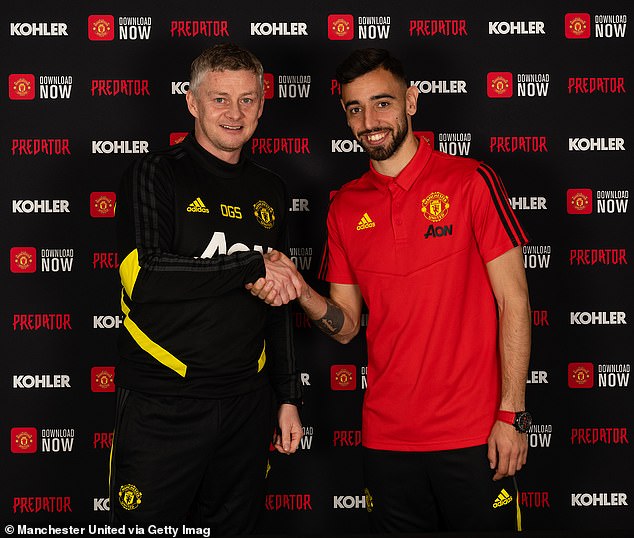 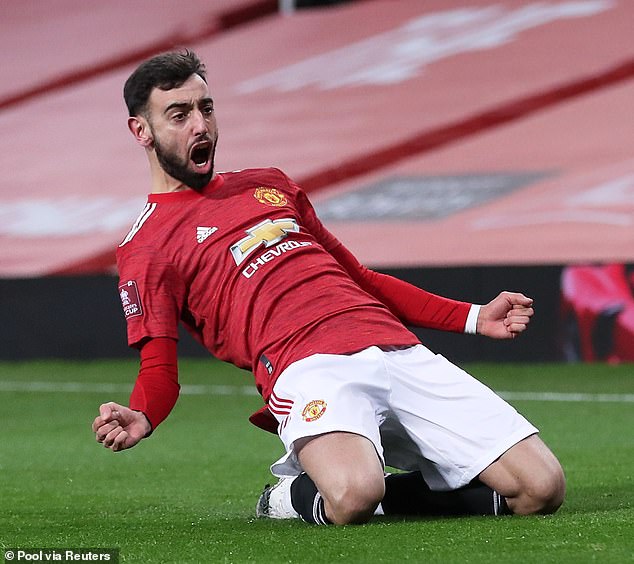 But speaking after his side were held to a 0-0 draw by Arsenal, Fernandes insisted he is not satisfied despite a remarkable first year in England.

‘Definitely not the result I wanted to celebrate my first year as a Red, but we’ll keep working to improve,’ he posted on Instagram.

‘It’s an absolute honor to play football with the Man Utd badge on my chest.

‘The history of this football club was built over wins, many wins. I came here to help on continuing that legacy, and I won’t rest until I do it.

‘I want to thank all the fans for your outstanding support. Hopefully, this was only the first of many years together. Glory glory Man United!’ 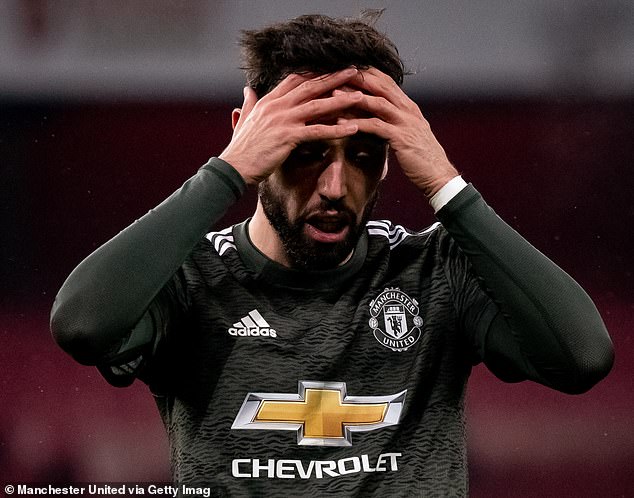 While he scored the winner in the FA Cup fourth round against Liverpool, Fernandes has now gone five Premier League matches without a goal.

This is his longest goalless spell in the league since he arrived in Manchester and his side have managed just four goals across those matches, showing just how much Ole Gunnar’s Solskjaer’s men rely on him despite the array of other attacking options.

United will be hoping their star man is back on the scoresheet soon, and they will look to bounce back as they host Southampton and then Everton after a week in which their title hopes stumbled.

Is it time for Chelsea to cash in on N'Golo Kante this summer?

Arsenal vs Newcastle prediction: How will FA Cup fixture play out tonight?