United came from behind in normal time in Gdansk, as Edinson Cavani’s scrappy second-half strike cancelled out Gerard Moreno’s opener on the half-hour mark.

Ole Gunnar Solskjaer’s side played into Villarreal’s hands, though, with both teams mustering just three shots on target in total before penalties.

In a stunning shootout, 21 players scored without fail to make the scoreline 11-10 in the Spaniards’ favour before Geronimo Rulli saved David de Gea’s tame penalty.

Fernandes won the toss ahead of the shootout and allowed the opposition to take first, which also meant the spot-kicks would be taken before a sea of raucous yellow fans in attendance. 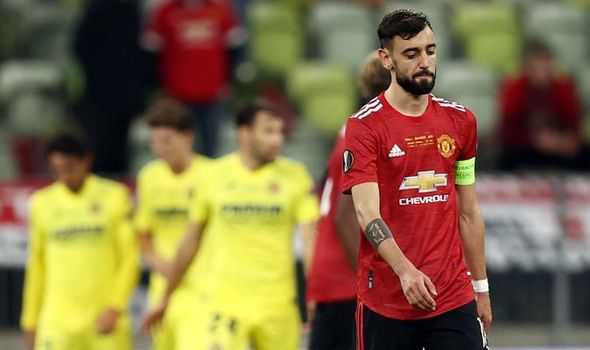 According to an LSE professor who has studied the psychology behind penalty kicks and other high-pressure scenarios, it’s no surprise Villarreal came out on top.

Ignacio Palacios-Huerta has damned Fernandes’ decision to allow the opposition to take first, as it’s been found to come with an advantage.

He said: “I would think that most people in football know about, or at least have the right intuition on this 60-40 advantage.

“It was shocking to see that Bruno decided to give that 20 per cent advantage to Villarreal.”

In 2009, Palacios-Huerta contributed to his paper, Psychological Pressure in Competitive Environments: Evidence from a Randomized Natural Experiment.

A study from 1976 to 2003 revealed that in a selection of penalty shootouts examined, the team taking first won 61% of them.

The paper puts the advantage down to the “detrimental effect on performance” that stepping up second has.

It seemed like De Gea succumbed to that effect, as he failed to save a single penalty and then missed his own with a tiring effort.

Ahead of the shootout, United fans were calling for Solskjaer to replace the club veteran with Dean Henderson, similarly to what former Netherlands boss Louis van Gaal did with Tim Krul in the 2014 World Cup. 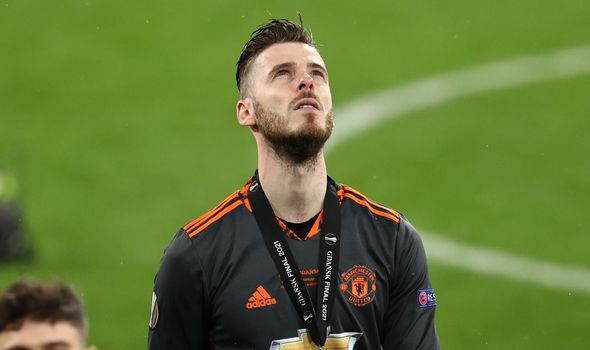 However, De Gea’s torrid penalty record continued, with the 30-year-old now conceding 40 spot-kicks in a row.

After full-time, Solskjaer stated that he considered the record beforehand but remained confident in his number one’s ability.

“You go through every scenario, of course,” Solskjaer explained.

“[De Gea’s penalty record] had crossed my mind in the build-up to the game, but we were confident in David and prepared.

“Anything can happen in a penalty shootout. I stuck with the keeper who played all of the game.”