Manchester United midfielder Bruno Fernandes has told Napoli star Piotr Zielinski he wants to play alongside him again. Fernandes spent three years with Zielinski at Udinese between 2013 and 2016. The pair went their separate ways that same summer, with Fernandes moving to Sampdoria and Zielinski to Napoli.

Fernandes moved to United in January 2020 and has arguably been the most successful signing of the post-Sir Alex Ferguson era so far.

The Portugal international has 18 goals and 12 assists to his name from midfield in his first full season in the Premier League.

But Fernandes clearly remembers his time at Udinese fondly, especially alongside Zielinski in midfield.

Poland star Zielinski has been a mainstay of the Napoli side in recent seasons. 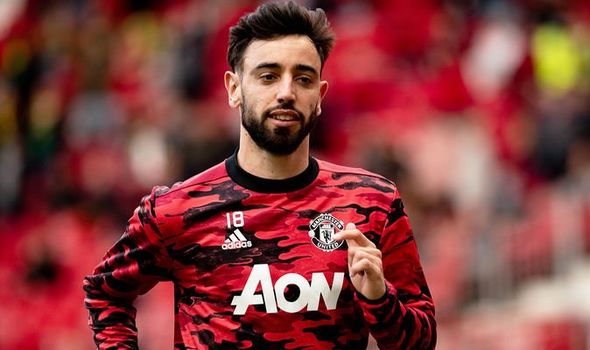 And in a hint to United chiefs, Fernandes has explained how he would love to play with the 27-year-old again.

“Technically, I can say that Zielinski is better trained than I am,” Fernandes told Poland’s Canal+.

“We had a good challenge. I think in the past, Zielinski was actually a bit shy. He was really young then, just like me, at that time.

“However, we came from different countries, different mentality, and it was different for both of us. I have a really good relationship with Piotr. 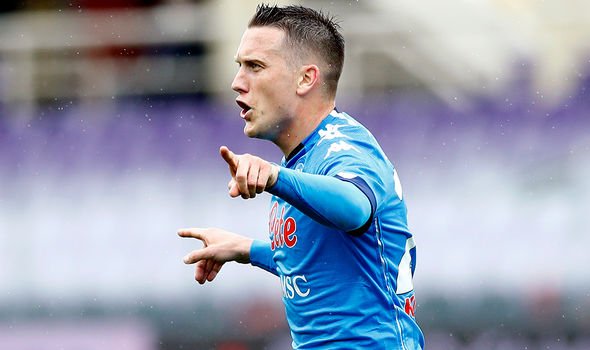 “He’s a top guy, I like him a lot. He is one of the people I met in Italy with whom I am in touch all the time.

“I spoke to him a few months ago and told him that I would like to play with him again.

“So, who knows what the future has waiting for us. For me, he is a really, really top player.”

It is not the first time Zielinski has received high praise from a former team-mate.

Ex-Napoli goalkeeper Pepe Reina believes the midfielder is good enough to play for the likes of Real Madrid and Barcelona.

Speaking to Spanish radio station Cadena SER last year, Reina said: “Is there a player who has surprised me for the better?

“There is a player who I fell in love with from the first time I saw him – the Napoli midfielder Zielinski.

“He’s a Real Madrid or Barcelona player. He is out of the ordinary.”

Zielinski signed a new contract at Napoli last November to keep him at the Serie A club until 2024.