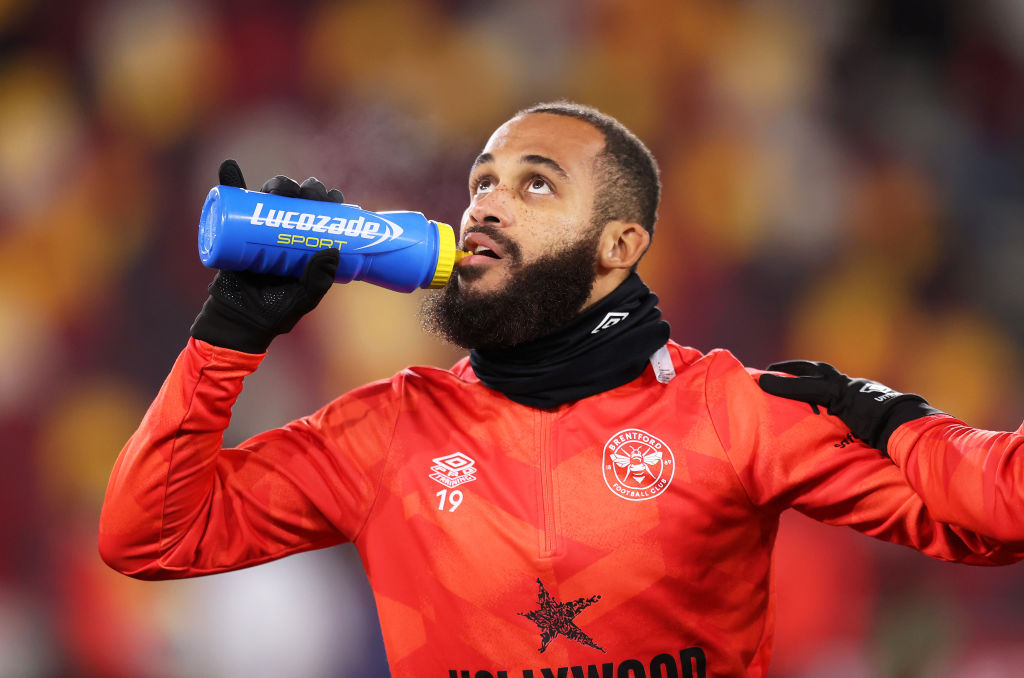 Bryan Mbeumo believes Brentford’s best way out of their current malaise is to stay united and stick to their principles – and hope miracle man Christian Eriksen can add a little bit of magic.

The Bees have endured a winter of discontent, going nine matches without a win ahead of tomorrow’s trip to play Norwich, falling into a relegation scrap they hope will not result in an instant return to the Championship after just one season among the elite.

The goals have dried up somewhat for Mbeumo and Ivan Toney, who have 15 between them this season, and now the team’s impressive start to life in the Premier League has become a distant memory. Last weekend’s home loss to Newcastle has left Thomas Frank’s men in real trouble — three points and three places above the drop zone.

However, upcoming games at rock-bottom Norwich and then at home to Burnley appear to offer them a way out. Victories in both would not only allay any immediate fears of the drop but also send both their opponents closer to the precipice.

Forward Mbeumo, who signed for a then-club record £5.8milion from Troyes in 2019, is a big believer in the club’s ethos and team spirit, and insists that togetherness can still see them salvage their maiden top-flight campaign.

‘Every game is important but of course the next two are big ones and we will do everything we can to try to win as always. We will stick together and try to get that winning feeling back,’ the 22-year-old told Metro.co.uk this week.

‘We will do everything to get out of this. We have to stick with the plan, to talk with each other and be together, like we are always.

‘We have to just keep going and there is no talk here about how many points we need to stay up.’

It makes for grim reading for Brentford fans but a team that began the season with a memorable triumph over Arsenal and enjoyed a pulsating September draw with Liverpool, as well as impressive away wins at Wolves and West Ham, have not won since January 10 at Port Vale in the FA Cup.

Their wait for three points stretches back a further week to the 2-1 success against Aston Villa, a whole eight league matches ago.

They do, however, possess a secret weapon. Eriksen — the Denmark midfielder who collapsed on the pitch during his side’s Euro 2020 group match against Finland last June — has joined his fellow Dane, manager Thomas Frank, and a whole host of his countrymen at the Brentford Community Stadium in one of the all-time feelgood stories.

The move itself represented a massive coup for the Bees after the 28-year-old left Inter Milan in December when his contract was terminated, training first with Ajax and then boyhood side Odense before settling on a Premier League comeback, just across London from Tottenham, where he played 305 times.

Eriksen now has an implantable cardioverter defibrillator (ICD) device and his 52nd-minute introduction made headlines last Saturday following that near-death experience in the summer, but, ultimately, he could not inspire his new team — reduced to ten men — to fight back from 2-0 down against Newcastle.

The playmaker is, though, the wildcard, the ace up Brentford’s sleeve for the run-in. Mbeumo remembers watching on television the moment Eriksen suffered his cardiac arrest.

‘I was on holiday and I watched it and I was a little bit shocked,’ admits the Frenchman. ‘Everybody who watched it felt it was a serious thing.

‘We hoped a lot he would be safe but I didn’t really know if he could play again as this was not something I had ever seen before on a football pitch.’

Eriksen may be ready to make his first start in nine months at Carrow Road this weekend and Mbeumo admits playing with the Dane is an enticing prospect.

‘We have started to get to know him a little bit more,’ he adds. ‘He is a very good guy and a world-class player who can give us a lot. I have seen everything before that he has done.

‘Since I watched the Premier League, I saw him play for Tottenham and I was happy when he came here.

‘I was very excited (to see him sign). When a player like this comes, it is very good for us and he can help us with his quality. It is an additional player for us and for me it is a chance to try to play together with him.’

So where has it gone wrong for the Premier League new boys?

The goals have dried up for Mbeumo and Toney, who bagged 41 between them last term, allied to a defence which has become distinctly leaky.

Mbeumo, whose first campaign in England brought an impressive 16 goals as he formed a lethal attacking trio with Ollie Watkins and Said Benrahma, admits the defeats can take their toll.

‘We definitely want to win every time we go out on the pitch but that is not always possible,’ he says. ‘We try to stay positive but of course we miss that winning feeling when we draw or lose.’

The Frenchman, who has six Under-21 caps for his country but none yet as a senior international, has scored seven times since promotion but is still waiting for his first goal in the top flight since December.

‘Of course, it’s been a long time. I will be happy to score again but my job is not all about goals,’ Mbeumo adds when asked about his personal goal drought.

‘It’s about how you play and the job you do for the team.’

So does he ever allow himself to dwell on the fact he has hit the woodwork on seven occasions, as many times as four Premier League sides (Newcastle, Norwich, Villa and Everton) have?

‘Not too much because if I think too much about this, I will do this again,’ he suggests. ‘I don’t really know if people are talking about it in a nice way or not, really!’

Mbeumo, who admits his role model growing up in Avallon, eastern France, was Zinedine Zidane, says his mind was blown by his arrival in London as a 19-year-old from then-second division Troyes, who he joined at 14.

‘Troyes is not so big!’ he laughs, reflecting on his journey from the second tier of French football to facing some of the game’s biggest names in the Premier League every week.

‘There is so much to do in London and I like to have a walk. I have had the chance to go and discover new places.

‘I also play a lot of video games and watch football on TV — other Premier League matches, the Championship, Ligue 1 and also basketball, tennis and Formula One.

‘I always wanted to play in the best leagues in the world. I enjoy it here and have had some great experiences, like promotion from the Championship, which made me very happy.

‘The Premier League is of course harder than the Championship and quicker but I am very happy to be playing here.’

The hope for Mbeumo is it is not just a flying visit. If Brentford are to stick around, it may be time for Plan Bee.

Manchester United not planning to sell Anthony Martial this summer