Rio Ferdinand, Joe Cole and Joleon Lescott have all expressed their surprise and dismay at Manchester City’s team selection for their Champions League final with Chelsea.

City manager Pep Guardiola has omitted captain Fernandinho and fellow holding midfielder Rodri from his line-up – instead opting for the more attacking qualities of Bernando Silva alongside Kevin De Bruyne and Ilkay Gundogan.

And speaking on BT Sport ahead of the final, Ferdinand warned City that they have a poor track record when it comes to bold starting XI choices under Guardiola. 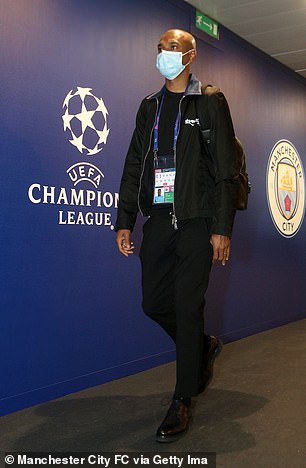 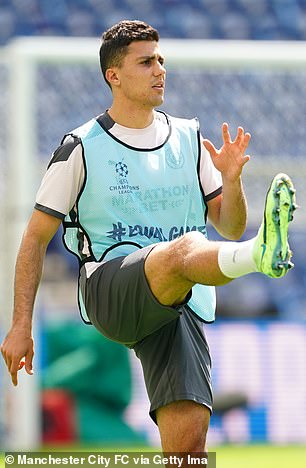 ‘No holding player. This is Pep just changing things again in a game like this, every time they’ve gone out he’s tinkered with his team. And he’s done it again tonight,’ Ferdinand said when told of the team.

‘Sixty games they’ve played [this season] and only one game when Fernandinho and Rodri both didn’t play.’

Ferdinand’s sentiments were echoed by Chelsea great Joe Cole who now believes his former team have been given added boost by that selection: ‘That’s stunning news. Out of respect for Chelsea’s attacking threat you think you’d have a Rodri or Fernandinho, but that says to me he thinks he’s dominating possession tonight.

‘I feel more confident for Chelsea. He has history Pep where he’s changed things up and it’s not worked.

‘[Kai] Havertz has played his way back into the team in recent weeks. He’s a big lad who can affect the game.’