Gianluigi Buffon is savouring his career at top-level football as the veteran goalkeeper revealed he is looking to break stereotypes following comparisons with NFL great Tom Brady.

The Juventus stopper, who turned 43 this week, may be playing second fiddle to Wojciech Szczesny this season, but carries great influence and respect among the Italian champions.

Andrea Pirlo handed his former team-mate a birthday gift in starting him for Wednesday’s 4-0 win over SPAL in the Coppa Italia as Juve marched onto the semi-final following a comfortable victory. 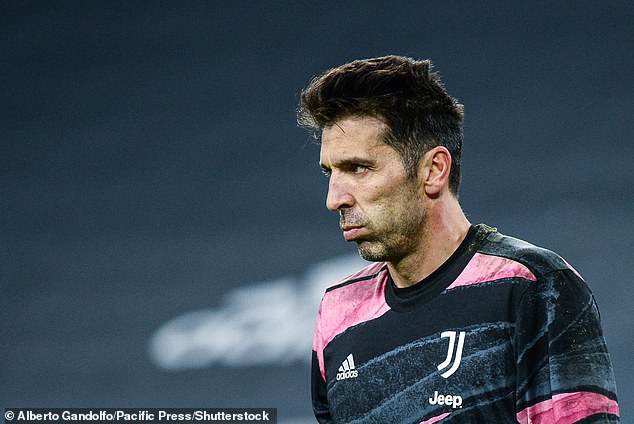 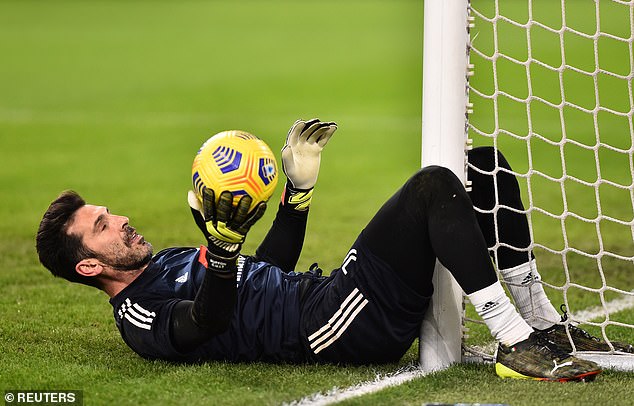 And a ‘relaxed’ Buffon revealed he is taking things one day at a time as his incredible 25-year career shows no signs of coming to an end just yet.

‘I’m pretty relaxed, the course of time is inevitable. You have to accept it, go forward with great enthusiasm,’ the goalkeeper told RAI Sport via Football Italia.

After learning that he is the same age as legendary quarterback Brady, who leads the Tampa Bay Buccaneers into the Super Bowl this weekend, Buffon hopes that taboos about older athletes can be dispelled. 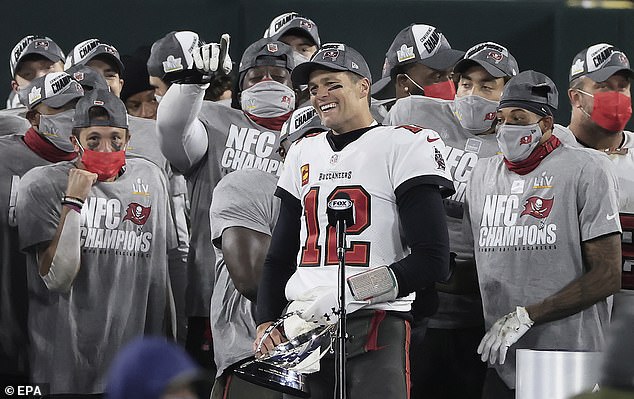 Buffon says he and NFL great Tom Brady, also 43, can set an example as older athletes 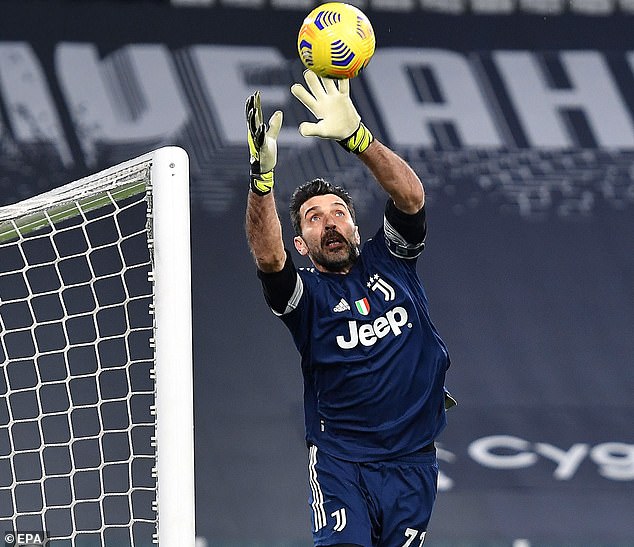 ‘That’s good to know. It means I am not an exception, we can try to break the taboos and some stereotypes about older athletes.’

Buffon’s age inevitably garners questions as to when he will hang up his gloves, but the Italian insisted he has not considered retirement just yet.

‘I am not even thinking about that. Someone like me at the age of 43 has to just take it one day at a time. I want to celebrate my birthday and that is already an achievement!’

Juve will meet Antonio Conte’s Inter in the semi-final of the competition after the Nerazzurri beat arch rivals AC Milan in a feisty affair this week which saw Romelu Lukaku and Zlatan Ibrahimovic square up.

‘These things shouldn’t happen, but when they do, they are part of the tension of a match environment and can break out into words that usually you’d never say. I don’t consider it that bad,’ Buffon reflected.

Chelsea have a new Frank Lampard in huge £25.5m talent who is ‘a manager’s dream’