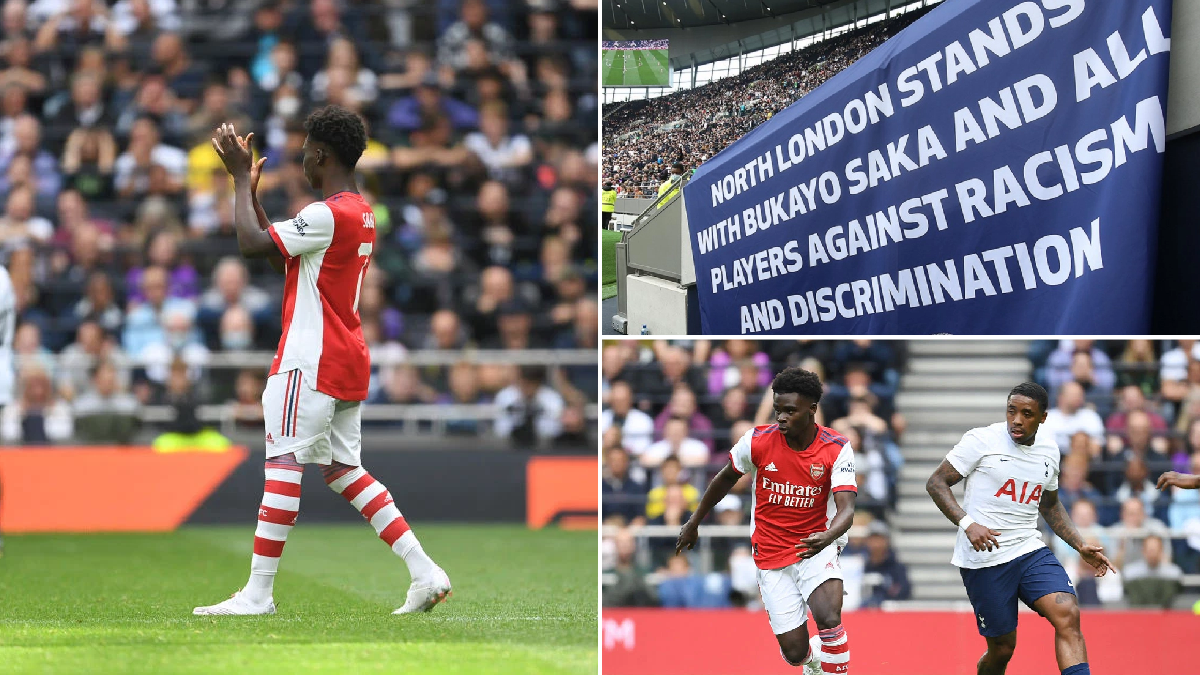 Bukayo Saka sent a message of thanks to Tottenham Hotspur and the club’s fans after the reception he received in a pre-season friendly against Arsenal.

Saka made his return to club action after spending the summer with England at Euro 2020 and Tottenham fans put north London rivalries aside to welcome him back.

It was the Arsenal attacker’s first appearance since he was racially abused after missing the decisive penalty in England’s penalty shootout defeat against Italy in the final.

There were no away fans in the Tottenham Hotspur Stadium and supporters could be heard loudly greeting him on the pitch.

Spurs fans also unveiled a banner which read ‘North London stands with Bukayo Saka and all players against racism and discrimination’ in a classy move.

Tottenham’s social media team posted a video of Saka being substituted on in the second half with the caption: ‘Rivalries aside. What a moment this was this afternoon.’

Saka saw the clip and posted a response to all the support he had received on his own social media account.

‘So much respect for this,’ Saka posted on his Instagram stories. ‘Thank you.’

The game ended in defeat for Saka and Arsenal.

Son Heung-Min was the only goalscorer, converting home after Japhet Tanganga took advantage of some suspect Arsenal defending.