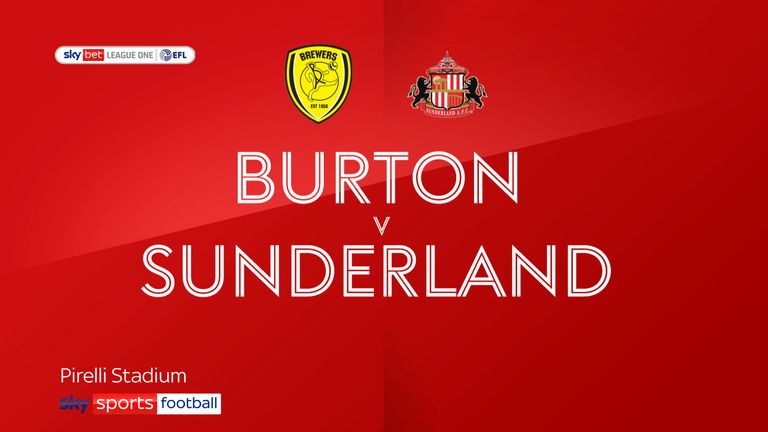 Jonny Smith’s 66th-minute stunner ensured it was Burton who maintained their 100 per cent start to the Sky Bet League One season with a 1-0 victory over Sunderland.

The winger, who played under Sunderland boss Lee Johnson at Bristol City, lashed home from a tight angle after the ball deflected out to him to help Albion match their best ever start to an EFL season with three straight wins.

Sunderland edged the early chances and Aiden McGeady should have done much better when clean through on 12 minutes. Racing from his own half, his composure deserted him outside the Burton box allowing goalkeeper Ben Garratt to tip his curling shot wide.

Garratt made an excellent close-range save from Ross Stewart late in the first half as the striker stretched to poke Elliot Embleton’s cross goalwards but the Albion keeper was equal to it.

Albion had chances too, with both Tom O’Connor and Omari Patrick seeing efforts deflected wide and Smith seeing a goal-bound curling effort headed clear by the impressive Callum Doyle.

Tom Flanagan denied Lucas Akins and defender Ryan Leak should have scored with a header for Burton before Smith emphatically settled it.